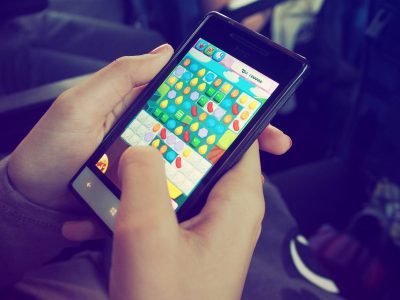 With the progress of custom app development, it’s not surprising that RPG games would eventually find its way to Android. Nowadays, the Google Play Store is littered with different RPG titles claiming to be the most popular and most played RPG of all time. With countless RPGs entering the Play Store every year, it’s a challenge to find out which of them is really the best of the best.

But for this article, we will be talking about the top RPG games that ever graced the digital shelves of the Play Store this year, both free-to-play titles and paid ones. With that in mind, here are some of the best RPG games in 2021 so far.

Eternium is simple and straightforward and can be a nostalgic trip with its classic play style and gameplay. With its simple controls, including tap moving and swiping to cast, the game is simple and easy to learn. And the best thing about it is it can be played offline.

This means that if players opt to play offline, they can choose which patch of the game they want to play. Not only that, but if you want some items or power-ups for your adventure, they also feature in-app purchases. However, arguably, the best thing about the game is that most of the game’s best items can be grinded by the player, avoiding the pay-to-win shenanigans of other RPG titles.

If you are a fan of games in a post-nuclear war environment, you will love this one. Atom RPG is set on an alternate timeline where the Soviet Union is a nuclear wasteland after a nuclear event in 1986. Players would scour the land to investigate the truth of an evil conspiracy to wipe out all life on Earth.

The game is heavily inspired by the Fallout series and was made available on the Play Store back in 2020. The core gameplay includes scouring the land for resources, battling enemies like bandits, factions, and mutants, with over 60 hours of gameplay. Not only that, the game offers multiple alternate endings, hence the 60 hours of gameplay. Mechanics are turn-based, which is reminiscent of old-school RPG classics.

If you have been a fan of the RPG genre for a long time, surely you have heard of the Fire Emblem series. The Fire Emblem series is top-rated, and its cult following is still going strong even today. Now that it has made its way to smartphones, it is now offering its gameplay with the touchscreen feature but still the same old game that every RPG lover loves.

The player would start his journey in an ongoing battle where they would be able to summon heroes directly from the Fire Emblem universe. Not only that, the game would take players a long time to finish with 700 episodes. After every episode, the player would be rewarded with orbs which they can use to summon more heroes. However, if you are new to the game, beginners would have the ability to feature auto-battle mode to help them understand the mechanics better.

If you are unfamiliar with Stardew Valley, its gameplay puts you in charge of a farm of your own, having inherited it from your grandfather. You will be responsible for various tasks and responsibilities like farming and cultivating relationships with other characters in the town. You can also mine for ores and explore dungeons and even start your own family.

The game strikes the balance of being peaceful but still fascinating to play, which is why players love the game. If you are itching for a relaxing game but are not bored enough to fall asleep, give the game a go.

If you are a fan of the Dark Souls series, then Pascal’s Wager should be on your list. It’s an intense RPG by Gian Global that came out on the Play Store back in 2020. The game takes place in a world where the sun has died, and the only light source humanity has is the light from giant beings called Colossus, where they have to follow to avoid the dark mist constantly. You will be in the shoes of Terrance, a courier from the church.

The combat gameplay is a bit unforgiving, just like Dark Souls. Still, as the player traverses through the adventure, you will have the ability to unlock different playable characters to help you across the game.

It’s important to remember that we are still not halfway through 2021, which means that there are still many upcoming RPG titles to wait for this year. While still waiting for them to come out, why not play the games mentioned above? The Play Store has many RPGs, and the best ones are outlined for you in this article. Have fun.

Whether he’s researching the latest mobile hardware specifics or diving deep into the world of software development technologies, Zachary loves to stay in the know. His talent at simplifying and explaining complex technological concepts makes his blog posts easy to read but very informative. Few people are as enthusiastic about mobile technology as he is, and he’s always ready to analyze a new trend.