If there’s a rocket ship involved, I’m in. Wait, what? There’s no rocket ship? What about… about science?! Guess I’m- oh dang, there are games? A streaming service for games? Psh, we all know that’s just a load of garbage, you can’t play games seamlessly on- Okay hold the phone. What are you saying now? A whole library for $5.99 a month, and that’s not even it? And Ubisoft games for $14.99 a month? The heck? 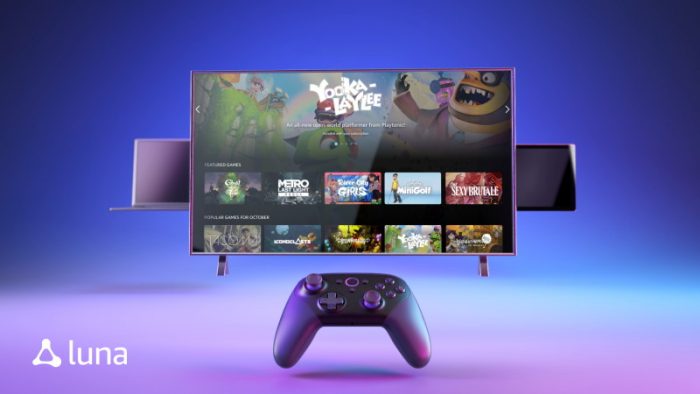 Okay, let’s take a breather. Let’s not get ahead of ourselves. It’s still in early access, but Amazon is releasing a cloud gaming service for almost all devices with a screen, except your stereotypical TV (to my knowledge). And to be fair, it’s at a decent price per month at $5.99 for the basic service. But there are various different channels – a bit like a TV cable provider – that offer different games and whatnot on them. This sounds a bit overpriced, honestly. You’d be spending tons of money to buy a channel (or various channels if you’re rich) for a month, while you play everything in that channel. Most adults don’t have the free time to play and complete games within a week, so it sounds a bit like a scam unless you are a hardcore late-night every-chance-you-get gamer.

Though admittedly… games tend to be quite expensive if you buy them at full price, ranging up to $60 upfront for full AAA titles. And then you might not even like the game, at that rate. So if you’re a picky gamer and you like to play lots of different things, or if you’re an impulse buyer, this would probably save you loads of money, to be completely honest. But if you’re like me and you don’t really care about it much, and you’re fine with a few games you really like that were cheap on Steam, it’s probably not worth it. Because people who are in my archetype can make games last for a long time.

Another concern might be data costs from your internet usage. Apparently this streaming service can use up to 10gb/hr, and if you’re a poor lil’ sap, I don’t think you can afford unlimited internet, to be quite frank. Heck, I remember the days when you used to save your pocket change for a game at CD Tradepost or GameStop in the PlayStation 2 Era, then you played the gosh dang life out of that thing, if you got lucky and it wasn’t scratched up too bad. Those were the days, man. I miss the old times when games used to be that good.

Now we’ve got these young whipper-snappers bein’ all high n’ mighty with their streaming services and their lil’ Nintendo Switches. I remember the days when we used switches to turn on lights! Now we’ve got ’em in our hands and we’re playin’ on ’em like lil’ gizmos or something!

Okay, enough of Granny Roxie™. Point is, if you find it difficult to have a game that captures your attention, Luna might be for you. If you’re extremely indecisive, obsessively ADHD, possess the memory of a goldfish, and have the attention span of a fly (or possibly a gnat), that also counts. Go get ’em, tiger.

Something interesting to point out is the fact that you can also watch Twitch streams on Luna, then go directly to playing the same (or a different) game. A few other miscellaneous things are that the Luna+ channel (which is $5.99/month) is only at that price during early access, and that Luna even has its own game controller. Though you can use your own Xbox One, PlayStation 4, and Mouse & Keyboard to achieve the same or similar effect. I imagine Luna is trying to be like Steam at this point. Which is both refreshing and terrifying all at once. Netflix and Steam combined? Oh boy, what could go wrong…

Actually, a lot could go wrong, but considering the fact that Amazon could just decide to “steal” your money with more channels, that might be both a pleasant surprise and an issue to impulse buyers. I wonder though, will Luna ever have free channels? That’s my question. And will other companies such as indie developers get to host their own channels on Luna? That’s definitely another thing to consider. It might be awesome what happens because of all of this, but it also might be very scary. Amazon wants your credit cards, ladies and gents. But admittedly, that’s what most for-profit businesses want anyways, so what’s the difference? It’s just how they go about doing it. That’s what matters folks.

Comments and concerns about Amazon Luna? Discuss below, I wanna hear what you have to say.

Aight, peace out. Granny Roxie™ loves you lil munchkins and may make a return soon. For now, you’re just stuck with me. Roxie out.