Recently Amazon released their free “internet streaming” of around 5,000 titles to Amazon Prime customers at no extra charge, this puts them directly in competition with Netflix’s Internet streaming service and at $79 per year is about $20 less per year than Netflix. 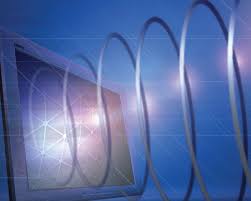 Currently however, Netflix offers about 5x as much streaming content as Amazon however with Amazon’s massive buying power there is a good chance they can negotiate contracts with movie studio’s and eventually be able to build a library that can effectively compete or be more comprehensive than Netflix’s offering.  You also gain all the advantages of Amazon Prime which includes their discounted 2-day shipping on all Amazon products to boot.

As it stands right now, if you are already an Amazon Prime customer, this is an added bonus as you can stream movies and TV shows with your account.  Though there isn’t a channel for consoles like Xbox 360, Wii and PS3 for Amazon streaming services, you can gain access to it from some Internet enabled Blu-Ray devices and Televisions.

If you are a current Netflix subscriber, there is no reason to consider converting as you would only find a much smaller streaming catalog, but this is something worth following for the future.

This is good news either way you look at it, as more companies start offering movie and TV Show streaming negotiations with movie studios will help drive contract rates down as well as create competition between competing companies which in the end will provide more value and selection of titles to the consumer.

Movie and Television Streaming is probably going to grow rapidly over the next 3-5 years and the question remains on whether the broadband and ISP’s will be able to keep up with the added bandwidth utilization and how they will handle the relatively same number of subscribers consuming much more bandwidth.