This is a quick review of Brave Frontier for Android, which is a turn based RPG, fantasy, freemium game.

I will have to start with saying my screen shot work on this is lacking.  Some worked and many did not. 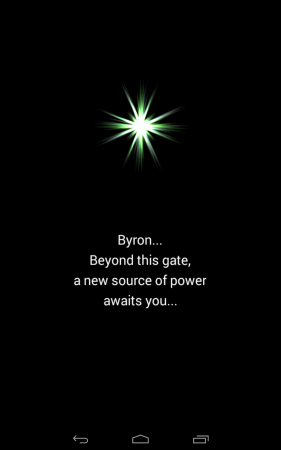 Once you have chosen your name you begin to enter the world. 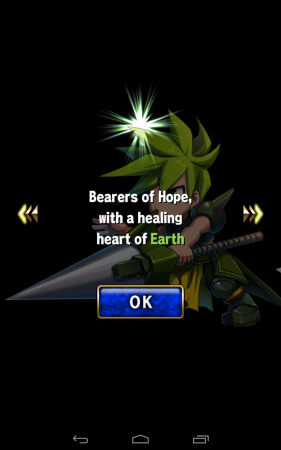 You are a Summoner in the word of Grand Gaia, a caller of units that will fight by your side against the enemies of the world you are in.   Via the gate you enter different parts of the world with each of those areas having 5 battles/levels per area.  The 5 battle being the boss of the areas.  Your enemies will increase in power as so should you.  You increase power by leveling up via successful battles adding Xp, karma Zel, and materials.  As you complete the areas you unlock other units which you can then fuse with your existing giving the unit more power and leveling the units up.  You can use material to help in creating potions, some to heal, some to poison some to enhance.  The different units have different strengths and weaknesses you need to plan for to insure the most optimum attack during your battles.  The colors of the units and a little icon comes up and shows you which unit will be most effective. 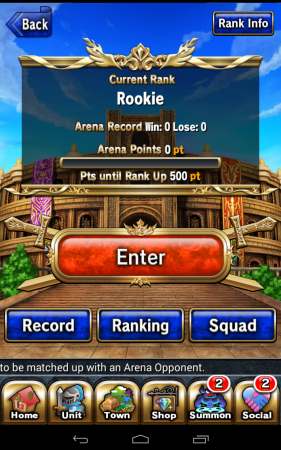 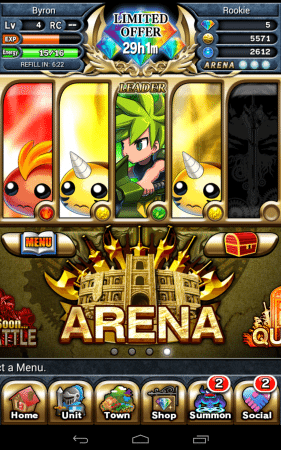 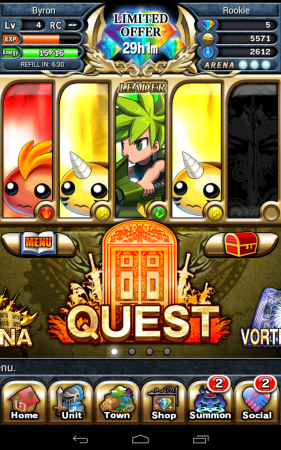 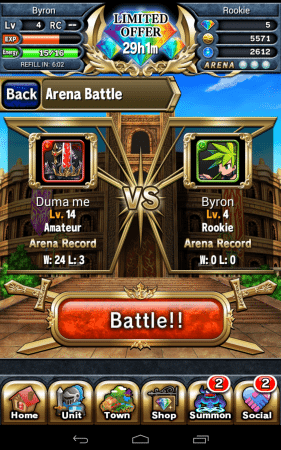 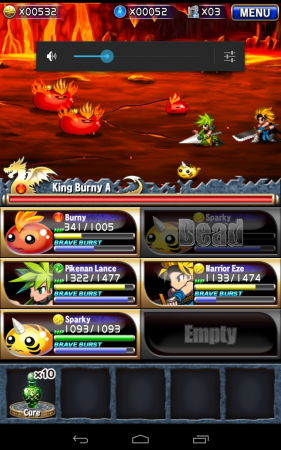 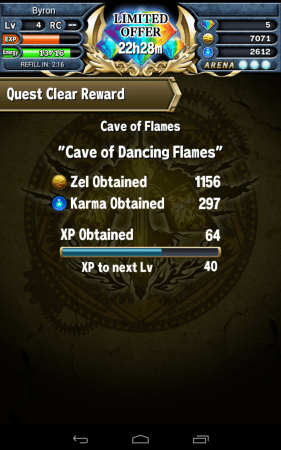 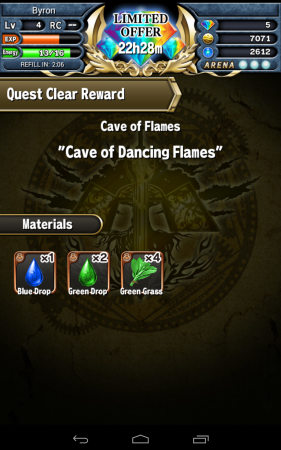 Another unique aspect of the game is the PVP Arena where your party can battle other player.  You don’t have the control you do when battling in the area battles but it is a fun twist.  Suggestion wait until level 14 or 15 to have a chance.

As with all freemium games there are many in game purchases available.

You can also get Brave Frontier for PC now as well.