We’ve reached the end of the year folks. And with that, the gaming industry has unleashed the best it had to the world. Well, not all were great (cough…cough…Fallout 76). So it’s only right to make up a list of big games that gamers have the pleasure of experiencing. There’s a mix of games here, based on personal preference as well as how big was the general reaction. So expect a couple of game of the year award winners. 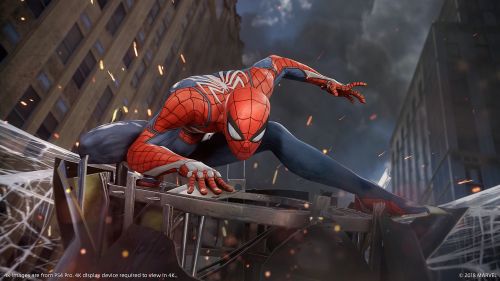 We start the list with the web crawling superhero game which has seen a downward spiral over the years due to its failure of bringing significant impact in terms of gaming experience in the recent years (or an actual interesting story aside from the familiar straightforward comic book trope). But all that has changed with the 2018 PS4 exclusive title that has brought the maximum potential of what a Spiderman game can be. 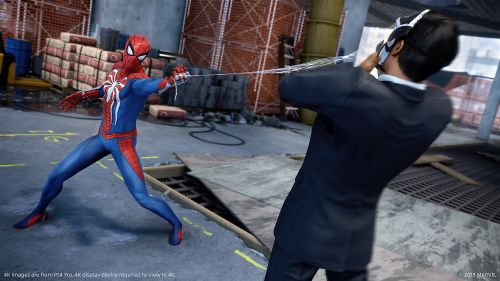 What makes Spiderman a game on its own is the web swinging mechanics which requires you to execute consecutive moves which reward you with a speed boost and aerial acrobatics as you swing towards your mission. The adrenaline that gamers feel when jumping off rooftops, landing on a side of a building, build up speed by running to the edge of the building and leaping off again to execute a perfect release. Another additional bonus that the game brought is the final boss fight which is known to be difficult as well as satisfying.  The game also brings various combat mechanics, along with an intriguing plot which moves the story forward, together with a combo meter just to get into that Spidey’s groove. 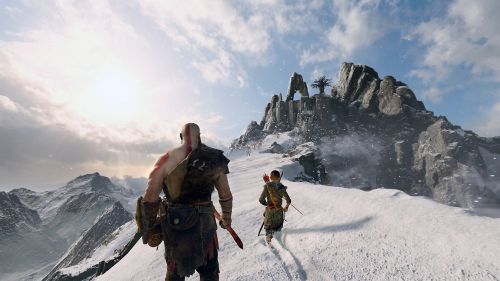 Many of us are familiar with this particular game franchise. Yes, we’ve seen Kratos rip Zeus into pieces, one of the few casualties along his path of destruction, and redemption ( I guess…). So what else can be done? The same game, same mechanics but with a different story? Wouldn’t that be a bit too boring, or predictable? Cory Balrog, the creative director of the God of War series thought the same (again, I’m guessing here) and decided to go with something fresh. 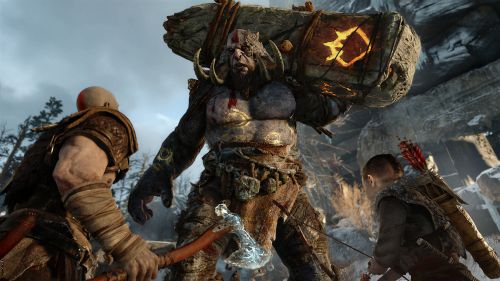 How fresh? Let’s just say good ol’ Kratos was enjoying his retirement before the Norse deities decided to poke the bear and this lead to gamers navigating an annoyed Kratos together with his son, pummelling through Valhalla with a totally new game mechanics and overall gameplay. Featuring an interesting third person angle as well as new fight mechanics, God of War fully utilizes the console’s capability which renders an amazing looking generated environment. And let’s not forget the extinction of loading screens in this game, a change I’m sure everybody would be happy to see for future games. 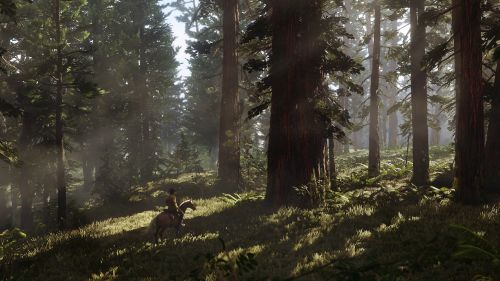 2018 has been a bountiful year for gamers as we’ve seen the release of another game which features the Great Frontier. Back again to wreak havoc, Western Spaghetti style, Red Dead Redemption 2 gave the world an enormous map with hours of gameplay. 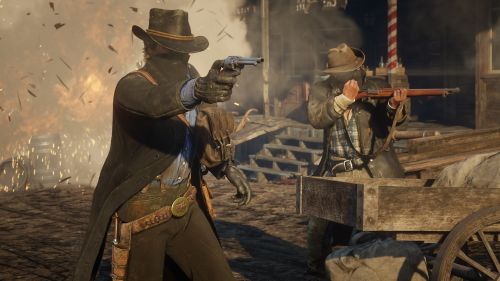 This game is considered a landmark for the gaming industry. A sandbox experience that boasts details and amazing gameplay. What’s not to like? A tough act to follow, but I’m sure we’re going to see amazing games released next year. 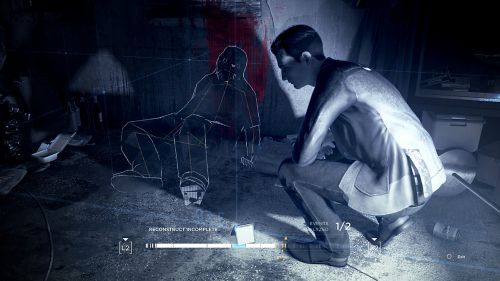 What do we want?! Great Game Stories! When do we want it?! Oh, we actually got it this year.  Given the cryptic game title, the general skepticism was silenced once gamers were presented with a game that has one of the most comprehensive and complex storyline based game ever. 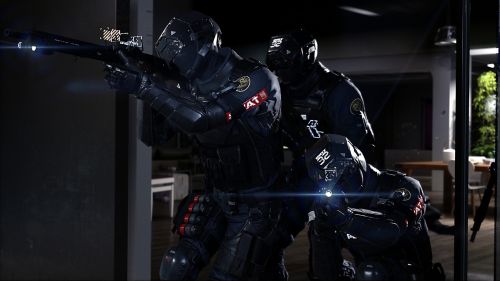 The branching storylines available in the game has given many gamers a real sense of consequences, with whatever path they’ve chosen to reach their end goals. The gravity of each choice made by characters in the game gives gamers a true sense of weight in how they make decisions along the game. And hey, who knows you might be able to discover how your thought process works, or perhaps discover hidden wickedness that’s slowly prepping for the incoming rise of cyborgs…

Shadow of the Colossus 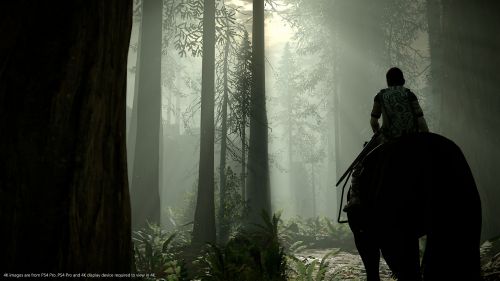 It’s hard to pin the right word for the new release of this game. A remake? A reboot? Well whatever it is, the game is definitely a step up from its predecessor. Set in a world where you kill titanic beings in order to save the damsel in distress, the upgraded graphics from the original 2005 release gives the game a more true depth in the colossus tasks your character has to complete. Instead of a silhouette of a colossus, you are presented a living being, with details that make it as alive as it can get. 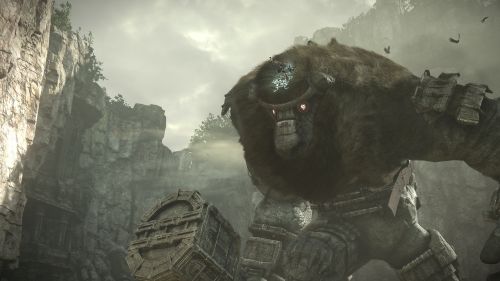 Sure the game was released in 2005, but with the upgraded graphics which showcases lush environmental effects, the gameplay is brought to a whole new level of immersion. A whole new experience through a strong game title is a rare feat indeed. Shadow of Colossus features hours of gameplay time, as well an upgraded experience in allowing yourself to be taken by the story. 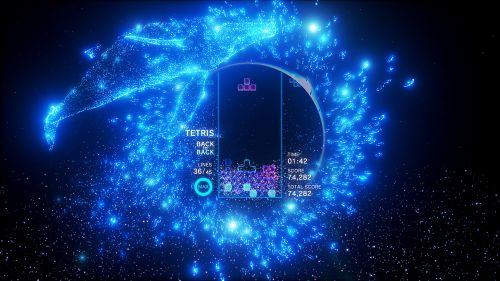 Another surprise comer into the 2018 gaming list, is the Tetris Effect. Now known as the best Tetris since the original, Tetris Effect breathes new life into an absolutely diluted game through poor imitations over the years, as well as the same old overused formula: same game, different wallpaper or theme. 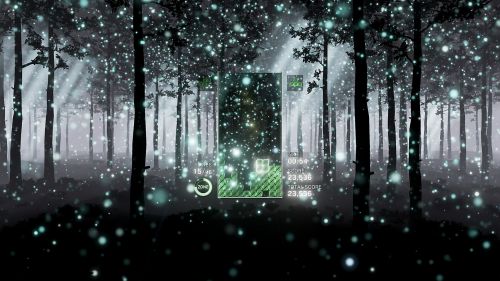 Donned as the breath of fresh air, Tetris Effect combines familiar gameplay, visual and auditory experience which entrenches the “Tetris Effect” in your mind. You’ll be seeing the blocks when you close your eyes. With the PS4 controller corresponding with the moves you make in the game, it’s no surprise that this game got widespread attention, as well as high praise.

Take a look at this game in a different lens, or rather through an RPG lens. Sure, the game did not live up to the legacy of its predecessor in terms of staying true to its main theme, but boy oh boy, Assassin’s Creed Odyssey is an epic journey with an intricate world for gamers to explore.

Assassin’s Creed Odyssey fuses the elements of Greek culture, myth, lore, well Greek everything, and has granted us a journey across various areas with intricate details. Side quests are abundant and correlate with the main story of the game, instead of being a one-off chore for an annoying NPC with no significant reward. The gigantic scale of the map gives players a lot of things to do, as well as experience environments built based on how the ancient civilization would look like (well, a depiction).

Stick to what works, and make it better. A formula that Bungie neglected in the initial release of Destiny 2. But with a developer that actually listens to feedback, Destiny 2: Forsaken is the Destiny that gamers were waiting for. Major changes were made in terms of weapon slots, combat mechanics and awesome generated landscapes in the update. 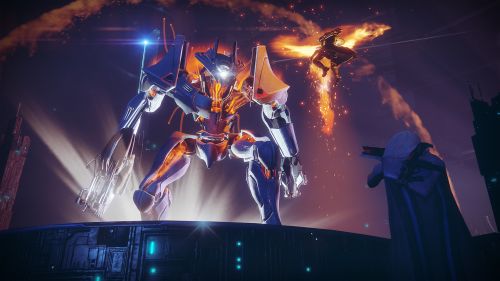 This particular update has pushed Destiny 2 into the realms of great game titles, where it enhances all the great qualities that make Destiny a great gaming experience. 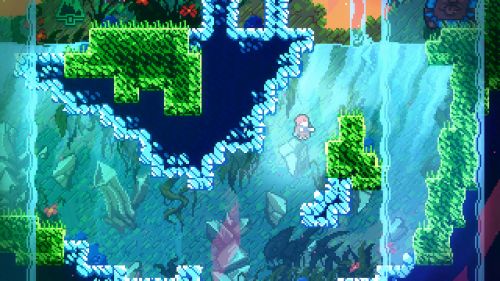 An indie darling, Celeste has found itself in the midst of greatest game titles of 2018, which is well deserved. It is said that Celeste is the pinnacle of the recent revival of the platformer genre as we’ve seen a plethora of awesome platformer titles published in these couple of years (Cuphead, Meatboy, to name a few). 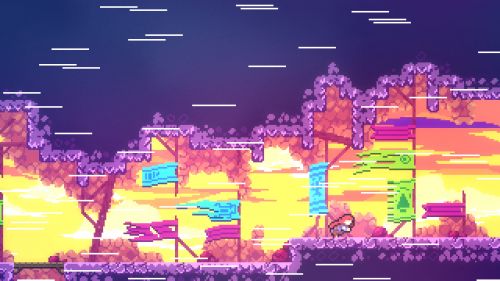 Despite its cute main character and the tame pixel graphics, Celeste demands perfections when it comes to executing moves. It’s a tight platformer that requires you to react fast with the terrain. Another perk that this game has is when you die, which you will (like a lot), you immediately start over at that particular stage, without any load screen or getting kicked out to the main menu. So this is a solid plus for me. It also manages to weave an interesting story, giving the platformer its soul.

2018 has been an interesting year for the gamers, as well as the gaming industries. There are ups and downs, but we’re still experiencing the evolving landscape that is the gaming community. 2019 seems to hold much potential as we’ll probably see more record-shattering games out there (hopefully) and the indie gaming developer’s community has been getting their share of the limelight, proving that you don’t need to be a major publisher shoving micro transactions into every big game titles and still make a good game. Why wait for 2019 to come when you get start storing game store credits at great discounts? Go and load up!