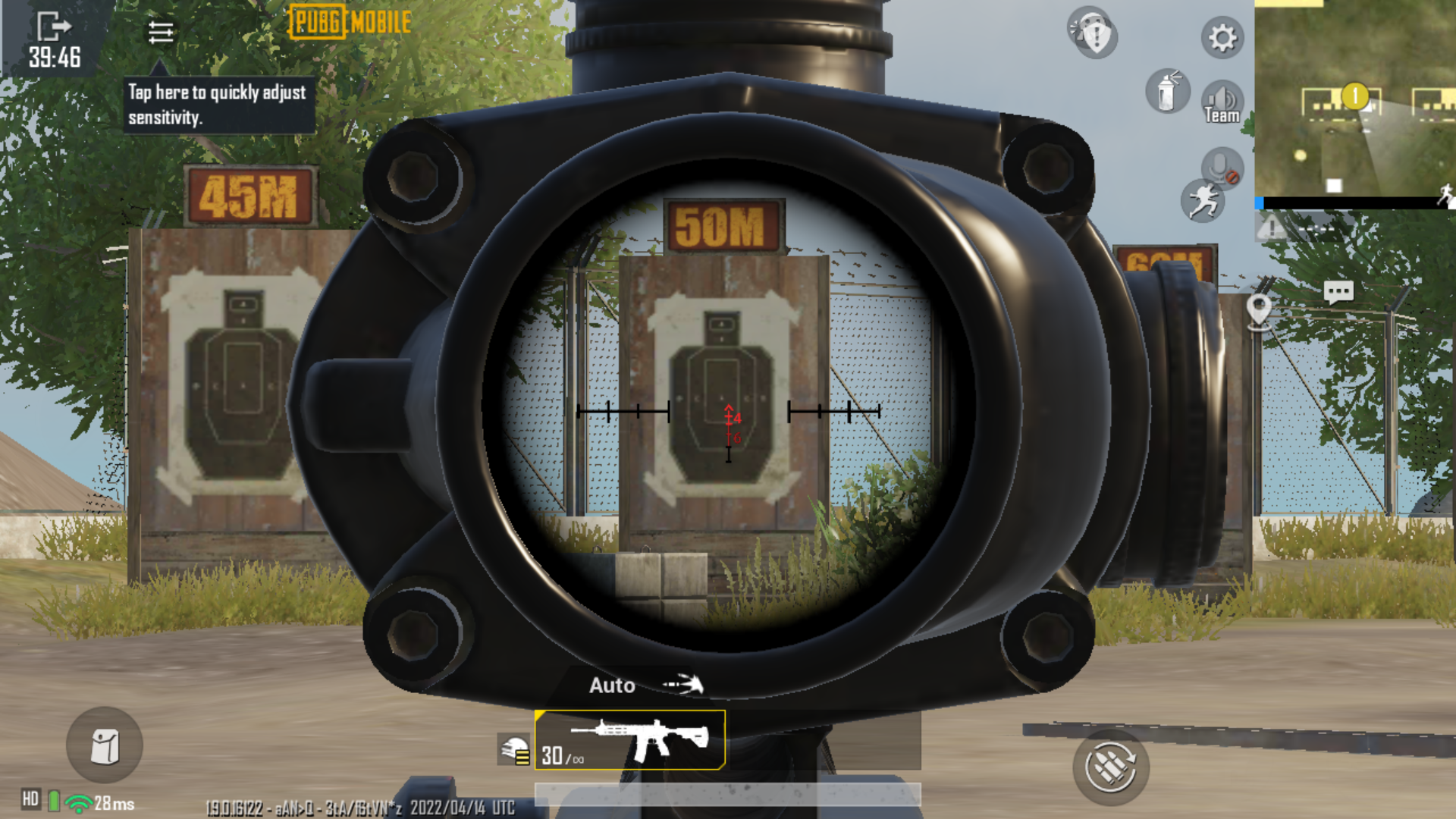 PUBG Mobile has been going strong for several years now, and they are still considered a must-play for anyone who loves playing mobile games, whether they want a taste of battle royale or a quick 4v4 arena match, PUBG Mobile can probably cater to that shooting itch you have.

It also changed a lot from what it was a few years ago as it has added more weapons, new maps, and even attachments. Let me tell you, PUBG Mobile has so many guns and so many attachments, so it is kind of confusing to mix and match to find what is the best one to use.

In this article, we will be focusing on the best attachments you can use in PUBG Mobile. We will be going through all types of attachments such as grips, scopes, and more.

Grips are attachments that mostly reduce recoils and help you steady your gun while you are spraying bullets, whether it is vertical recoil or horizontal recoil. Some help with reducing shots deviation, and some help with hip-fire accuracy. 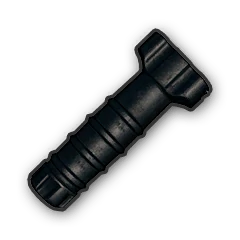 A vertical foregrip can be used in several good guns in PUBG Mobile. What it does is reduce vertical recoil and recoil patterns, which makes it easier to spray bullets at your enemies.

Thus, it is best suited for guns with high vertical recoils – guns that use 7.62mm ammunition like the Beryl M762 and MK47. However, 5.56mm guns such as the SCAR-L and M416 will also benefit when a vertical grip is attached to them.

This is best for beginners as it reduces vertical recoil since most beginners do not really lean and shoot in PUBG Mobile. 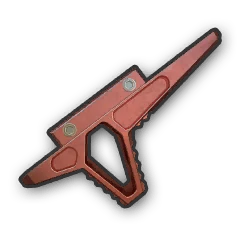 On the other hand, if you are a veteran PUBG Mobile player or someone who has played so many matches already, the Half Grip is considered to be the best grip in the game. It reduces both vertical and horizontal recoil and also increases the recoil recovery time. However, it does lose some weapon steadiness.

Half Grip is best attached to guns like the M416 and AUG, which are the best guns to use in mid-range shootouts.

There are only three types of magazine attachments in PUBG Mobile with multiple varieties depending on your gun (AR, handgun, DMR, etc.), so it is not hard to know which one is the best. 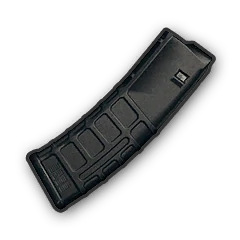 Most weapons can use an extended mag with the exception of shotguns (except for the S12K). 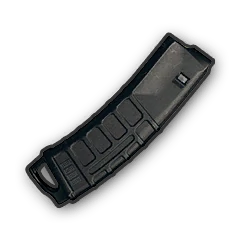 Of course, there is a better version of the extended mag, and that is the extended quickdraw mag. It is simply the best of both worlds in a magazine attachment, you get 5-10 more bullets and have a significant decrease in reloading speed.

Similar to the extended mag, most weapons can use it including S12, with the only exception of shotguns.

Muzzles usually help with recoil and removing flashes, so it is another essential attachment to have especially late in the game.

We only chose two attachments that we consider must-haves in PUBG Mobile since depending on your playstyle, these are the most important attachments to have overall. 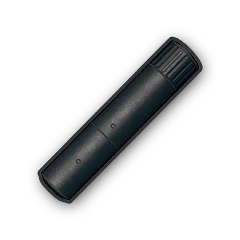 We all know PUBG Mobile has medium to large maps, and sometimes being sneaky is the best strategy you can go for instead of running n blazing everyone on the map, which really decreases your chance of survival.

Hence, the Suppressor is one of the best attachments you can use. It hides your gun’s flash when shooting, plus it reduces the volume of your shots. Additionally, it also decreases your recoil slightly.

This is best attached to guns that are for long-range fights such as the AWM, Kar98k, and SKS, so your enemies will never know where the shots are coming from. 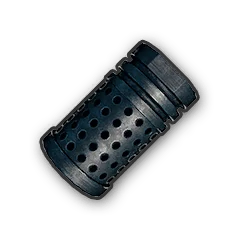 However, if you really like running n blazing everyone off the map, a compensator is highly recommended for you to use. It does a lot of things – it helps reduce the gun’s recoil pattern, horizontal recoil, vertical recoil, and spread base.

Obviously, a compensator is best used for guns that are good for mid-range battles like M416, SCAR-L, and AKM, as you can control your recoil more and have an advantage in a gunfight.

The scope is another must-have attachment in PUBG Mobile, as they are helpful whether it is a close range, mid-range, or long-range battle. We’ve picked out the three best scopes depending on your playstyle. 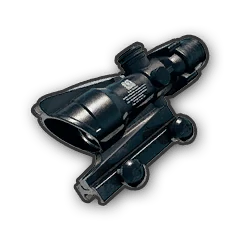 4x Scope is the best scope for mid-range battles and guns like M416 and MK47 Mutant. However, you can use 4x scope on almost any AR, SR, DMR, and certain SMGs.

It is recommended to have this scope, especially in the late game as the circle gets smaller. Also, if you manage to find one in the early game and you do not have a gun for it yet, it is still recommended to pick it up. 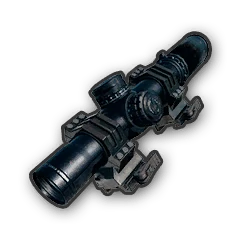 8x scope is for those who prefer long-range fights and are versed in using sniper rifles. It is hard to recommend using it on the Sanhok map despite being a crate-exclusive attachment as it is full of trees negating its prowess for long-range shots anyway.

If you like sniping from afar, then best pair this with the AWM and a suppressor, and you’ll have a silent killing machine from afar. 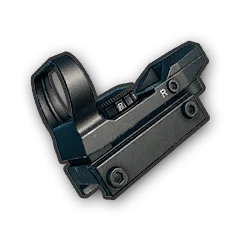 Red dot sight does not take up a chunk of the screen space, which is crucial in PUBG Mobile. Although, some people may prefer holographic sight as they can focus more on the target.

There are only a handful of stock attachments in PUBG Mobile right now, and each is unique depending on which gun you have. 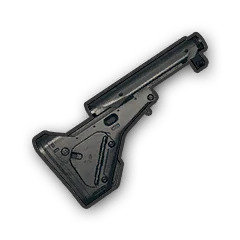 Mainly used for AR such as M416, and M16A4, the tactical stock makes the appropriate guns to have this attachment very steady and really helps with the recoil recovery.

UZI and Skorpion have a unique stock, and it is recommended to attach a stock if you manage to pick up one as they are heavily known for having high vertical recoil. 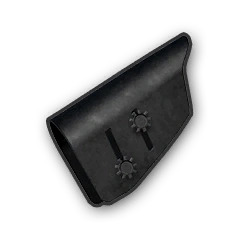 Cheek pad is for sniper rifles such as AWM, Kar98k and SKS. It decreases vertical recoil and first shot recovery time. You can control more of your shots in long-range with this attachment.

PUBG Mobile can be overwhelming in terms of weapons and attachments, however, as you play more matches, you will find your best-suited playstyle, which can determine what attachment will be best for you. For more perks, you might want to get some PUBG Mobile UC from OffGamers here.

We do hope you learn something from this, and if you have suggestions for combinations of attachments on specific guns, then let us know in the comments section below.