I have now tested several different Bluetooth Speakers, and thought that they were all about the same. I was wrong. Some are far better than others, and Bestek is certainly amongst the best. 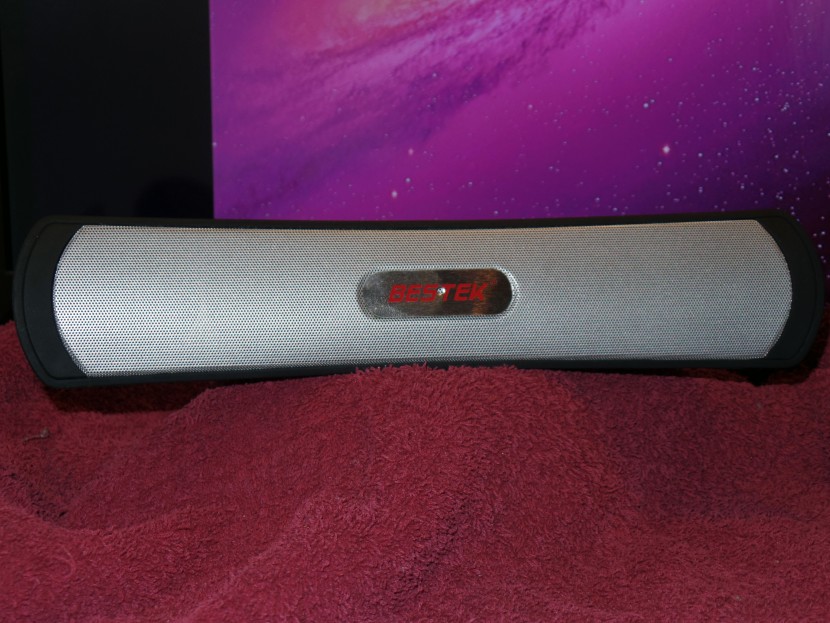 When I first tried this speaker, I did not expect it to sound nearly as good as it does nor did I expect it to be so full of so many useful features. But the makers of this fine product thought of nearly everything.
First of all it is a Bluetooth speaker. There is a button to turn the speaker on and off, and increase and decrease the volume, those same buttons also allow you to go forward or backwards in your play list and on top of all else, it will allow you to answer phone calls while listening to music.
Second, it is an auxiliary speaker, which simply means you can plug it into the headphone output of your device, and listen to music that way as well. Bestek even provides a cable for you to use to do this.
Thirdly it is an MP3 player. I have only tried an 8 gig micro SD card in it, but it worked great. I can advance to the next song just like with the Bluetooth settings, and I can go back. The only feature missing would be shuffle.
Lastly but by no means least, this device uses voice to tell you what mode you are in. Turned on with nothing attached or inserted, and you hear a cute voice say that you are in Bluetooth mode. Put in the Micro SD card and it switches and announces that you are in MP3 mode, and so forth.

Here is a video to show more.

Now, all of these features would not mean as much if were not for another surprise. There are two speakers inside this device and all three modes are available in stereo, not only that but, the volume is loud. Even with as loud as this unit gets, the sound quality is awesome. Great highs and superb lows.

Now for the only two things I was not happy about, no shuffle mode for the MP3 player, and the supplied Auxiliary cable is not a stereo cable. Now, while these are not that bad, it is for me the only thing I could find to add to the negative side of the speaker, and I honestly don’t think it matters much.
All in all, this is one of the nicest pieces of tech I have gotten to test in a very long time, and it would definitely be a great gift to ring in the New Year with.