Red Dead Online is continuing to grow and add more content as it added the Casino Online to the game just around when Red Dead Online launched for PC and is now back adding a new trader subclass.  With the casino gambling options in Red Dead Online you can visit a handful of poker tables which are found in five map locations including the towns of Saint Denis, Blackwater, Valentine, Tumbleweed and finally Flatneck Station. The Red Dead Redemption online gambling mini-game within the main game is Texas Hold ‘Em and up to six players can participate in a round of private poker sessions around your table or you can play publically. 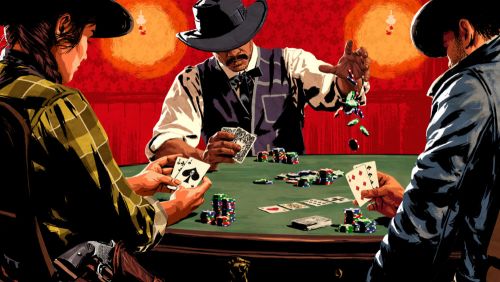 There is no real money aspect to the online gaming in Rockstar Games Red Dead Redemption however, as you cannot use real world currency or cash or take your winnings and exchange them for any cash so it is for entertainment and role play purposes only.  This still doesn’t prevent the fact that it was blocked in certain regions that have strict gambling laws and may not be available in all countries. The casino expansion was a way to make some extra money in the game so you can upgrade your wardrobe, weapons and gear by taking some risks, or blow off some steam and settle in as your character.

But the newest expansion brings a whole new sub-class to the game with Moonshiners. 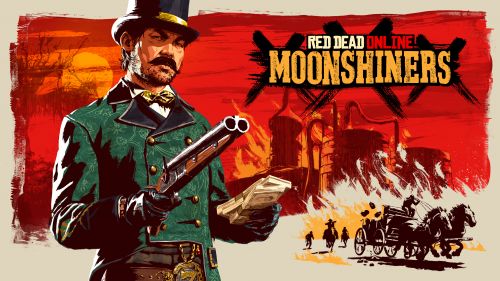 With Frontier Pursuit launching on December 13th 2019, the premise is that in an America governed by law completely ,there is lawless opportunity everywhere.  In this new content update you can now choose to become a black market Moonshiner, and establish a personal bootlegging business with this specialist role.   This is geared toward people pursing the trader path as opposed to collector or bounty hunter paths, but this also allows you to acquire property of your own too.  You can also unlock unique role skills to distill alcohol, dodge the authorities and try to outcompete your competitors.

This role is open to any Trader who has completed a sell mission or reached Rank 5 in the Trader role.  They will receive an intro via Cripps to meet Maggie Fike, a weathered bootlegger in Emerald Ranch.  She will help you get your moonshine business started and then you can proceed to purchase a Moonshining Shack.  The shack is a covert building that doesn’t look like much from the outside but hides a basement for you to brew away.

There is a series of story missions to be done co-op or solo as you progress and grow your business, which includes eliminating an opposing business.  You will learn techniques and recipes to make your moonshine the desire of the countryside and you can even have an underground bar establishment, complete with decor and customization options. (Dance Floor Anyone?)

In addition to the Moonshine role unlocks, there will be more clothing options and a new Navy Revolver you can work toward earning as well in the game.  So get out there and claim your space in the New Frontier partner.

Do you play Red Dead Online?  Feel free to add DragonBlogger and join the adventure.

Content Creator/Owner of https://t.co/kw5uyPjwWQ for Tech, Game, Entertainment and streamer at https://t.co/e072uYSy5Y
Enter to Win an Amazon or Steam Gift Card https://t.co/OSx3q19Z2n - 22 hours ago