Last year was quite the remarkable year for gaming. We saw a lot of new games with games that had sequels and games that I myself had been waiting a very long time for. This list is in order of my favorite games with #1 being my personal Game of the Year. This is based on games that only I have played. Yes, there are a few games that I haven’t played that won’t make the list such as Wolfenstein 2, but I’m sure I will get around to playing that one day which it, in fact, looks like an amazing game. However, since I have not played it, I cannot consider it for this list.

So, here we go starting with: 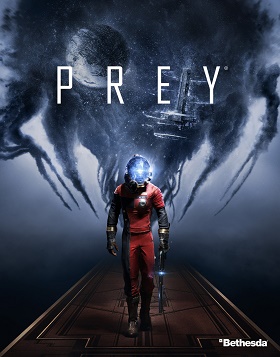 I thoroughly enjoyed the original Prey and when I heard that there would be a sequel announced several years ago I was really looking forward to a continuation of that story. However, plans were scrapped to have a sequel released. Fast forward to 2016 when Bethesda announced that they had acquired the rights to make a new Prey game and when they showed off their trailer of the game at that year’s E3 I was very intrigued by the story and the gameplay. Prey does a fantastic job of putting players into a survival-horror-esque type first person shooter game which will have you managing inventory that also has you solving puzzles as well as engaging players into a rather interesting story that is very unique right off the bat. One that I highly recommend any gamer take a look at. 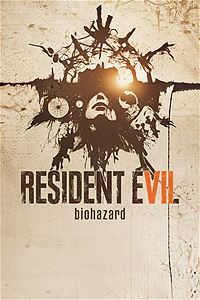 Capcom’s last Resident Evil outing with 6 was just not good at all. It had a very terrible story that was all around forgettable. When I first saw video’s for their newest game in 7 I was very, very intrigued by the gameplay design and choice of going full first person. The game has a very similiar feel to that of Kojima’s “Silent Hills” game that we unfortunately never got to play. RE:7 feels much more like a survival horror game and one that actually got me a few times with some very awesome jump scares. The graphics are the best I have ever seen in any horror game to date. This game was definitely a great start to last year and I cannot wait to see what Capcom has in store for us next.

#8 South Park: The Fractured but Whole (Xbox One, PS4 and Steam) 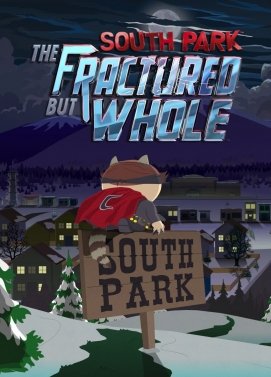 After playing The Stick of Truth I didn’t think another South Park game could come close to topping that. Well, I was dead wrong and I am sure glad that I was. The Fractured but Whole has players this time trading in their swords for capes and utilizing a sort of “Final Fantasy Tactics meets Fire Emblem” type gameplay with lots of RPG elements. This game has ten times more humor than the last game and even has you picking the games difficulty by way of skin color. You’ll even visit Mr. Garrison to have a discussion about what your gender is and how you have a slew of options to choose from. The Fractured but Whole will keep you entertained for hours upon end with numerous side quests and upgrades to choose from. A game I highly recommend any South Park fan check out. 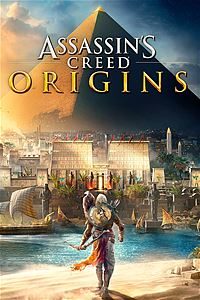 Yet another UbiSoft game makes the list here and a game that I was completely shocked by. The Assassin’s Creed games haven’t been the best since Black Flag was released and my love for the series has declined ever since. However, soon as I picked up Origins all of that love for the series quickly returned and I was glad that UbiSoft took a year off from releasing a game to put more time and effort into this one. Origins features a lot of additions for a Creed game such as an established loot system and upgrades ala an RPG style system giving this series a much-needed breath of fresh air. The story is incredible and the combat system has greatly improved. If you’re looking to get back in touch with Assassin’s Creed then Origins is definitely for you. 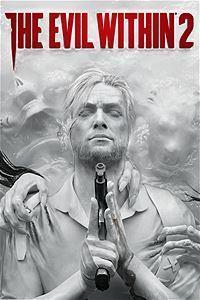 Yet another Bethesda game makes my list and this game was no surprise at all considering how much I enjoyed the first game. The Evil Within 2 has you resuming the role of Sebastian Castellanos as he is on the search for his missing daughter, Lily. This time around the game feels a lot more open with some linear-like areas that are more open to exploring throwing in some side quests along the way to give players even more lore. I even enjoyed this game more than the first and I cannot wait to see hopefully a third outing by Bethesda. 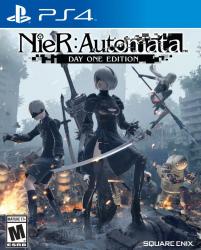 So I have read quite a few others Top 10 of 2017 and it really surprises me that this game really failed to make a lot of those lists. NieR Automata is plum full of surprises and in my opinion is number 1 when it comes to just how unique the game truly is. Not only do you get hack and slash action, but you also get aerial combat and a slew of other gameplay surprises I’d much rather not ruin for you here. This game is one that every single player should experience at least once. Especially with as many different endings the game has that are available to unlock. I really cannot even go into detail about the story without giving away any of the plot as I definitely don’t want to spoil this treat of a game to anyone. The visuals are on point and so is the voice acting giving you characters that you will care about. The soundtrack is phenomenal. Do yourself a favor if you have  PS4 and check this game out now.

#4 The Legend of Zelda: Breath of the Wild (Nintendo Switch) 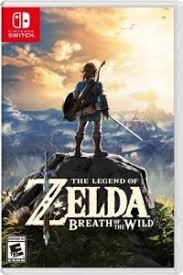 What more do I really need to say here? It’s a brand new Zelda game that you knew would make my list considering I am a huge Zelda fan. Breath of the Wild is a must own game for any Nintendo Switch owner and a definite must play game for any Zelda fan, period. So many beautiful changes were made in this game and my favorite is being able to craft your own gear. The world is wide open from the very beginning and there are so many temples and shrines that you won’t find yourself without anything to do in this game. Combat is so smooth and there is even voice acting for the first time in any Zelda game. Item management is made easy due to the game’s interface and not only being able to play this game on your TV but also making it portable is a real win-win here for any gamer. I cannot stress enough how beautiful this game plays and runs as well as the music which is something any Zelda fan would expect to be great. Definitely a 10/10 Zelda game for sure. 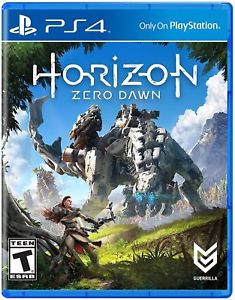 Guerrilla Games in 2017 hands down made, in my opinion, the best action adventure game I’ve ever played. This game takes place in some of the most beautiful environments I’ve ever witnessed in a video game to date with some very breathtaking visuals. HZD also has an incredible protagonist in Aloy which players will definitely become emotionally attached to throughout the course of the game and will have you on the edge of your seat wanting to learn more and more about her backstory. The combat in the game is extremely smooth and fighting these machines can be no easy task. The gear is brilliant and the side quests are all very unique and will provide tons of lore. There are hours upon hours of content in the game which is perfect for those of you that are completionists. With an incredible story, characters you will care about and a very rich environment full of beauty Horizon Zero Dawn will give players something to talk about for years to come.

Altus has made some really incredible Persona games over the years with Persona 2 having been my favorite, until now.

Persona 5 delivers on all categories. The soundtrack is incredible and will definitely pump you up for some intense combat as well as complementing some incredible cutscenes.

The combat system really shines here as well with thousands of Persona’s you will encounter as well as being able to befriend and fight on your side. The one thing I love about these games is that it’s more or less an adult version of Pokémon where you try to “capture” all sorts of demons and monsters to fight for you but you as a character can also fight.

Exploring the different dungeons or “palaces” as the game referrers them to, is a lot of fun and trying to sneak around enemies at times can involve a bit of stealth to this RPG. There is still the school element of the game where you’ll have to take tests that can help level up your character.

Persona 5 will provide you with hundreds of hours of game play and definitely keep you busy. This is one of the must own titles on the Playstation 4. 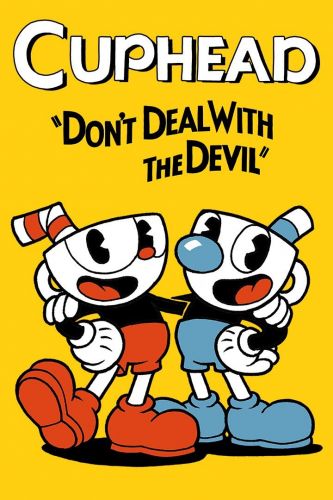 Out of all the titles that came out in 2017, Cuphead is without a doubt my Game of the Year. Cuphead is presented in an old 30s cartoon fashion that has you playing as Cuphead trying to save the world and souls from the Devil himself.

The best way for me to describe this game is pretty simple. It’s the “Dark Souls” of side scrolling games. However, this game does have a few side scrolling aspects. It centers around numerous boss battles which are very RNG heavy. Meaning that the fights do not always start the same. This game is truly difficult and you might want to get a few controllers because you will end up breaking at least one out of pure rage this game will give you.

There is also some hidden items to collect as well as multiple difficulty levels. Normal is hard and Expert is even more difficult. Sure, you can play on Easy but you won’t be able to truly finish the game unless you play on Normal. The bosses do require you to learn their movements and you can even upgrade Cuphead with different attacks and abilities to make things a tiny bit easier but these bosses are quite difficult so this game is not for the feint at heart.

The reason this is my game of the year is because it’s something truly different and a game that I’ve never really played before. It wasn’t a breeze like most games are these days and for the price of only $19.99 it is well worth the price. It even has co-op so you can play at home with friends but it doesn’t feature online multiplayer which I thought was a bit strange.

Well, that’s it for 2017! I’m really looking forward to this year in gaming with some great titles coming such as God of War and Far Cry 5. Let me know below what titles you enjoyed last year and if you agree with my list.