The biggest aspect of this game, no doubt, is its deep story. The game’s characters use a fictional language to communicate, hence you need to work out what they’re talking about. Which is surprisingly easy because of the simple yet amazingly written plot. The game features two brothers, both controlled by you. Before the game starts we learn that their mother had drowned some time ago and now their father is extremely sick. The only way to heal him is to get something from this Ancient Magical Tree.

The game focuses heavily on death and is quite dark at times. There is betrayal and trust, while grief is a recurring factor. 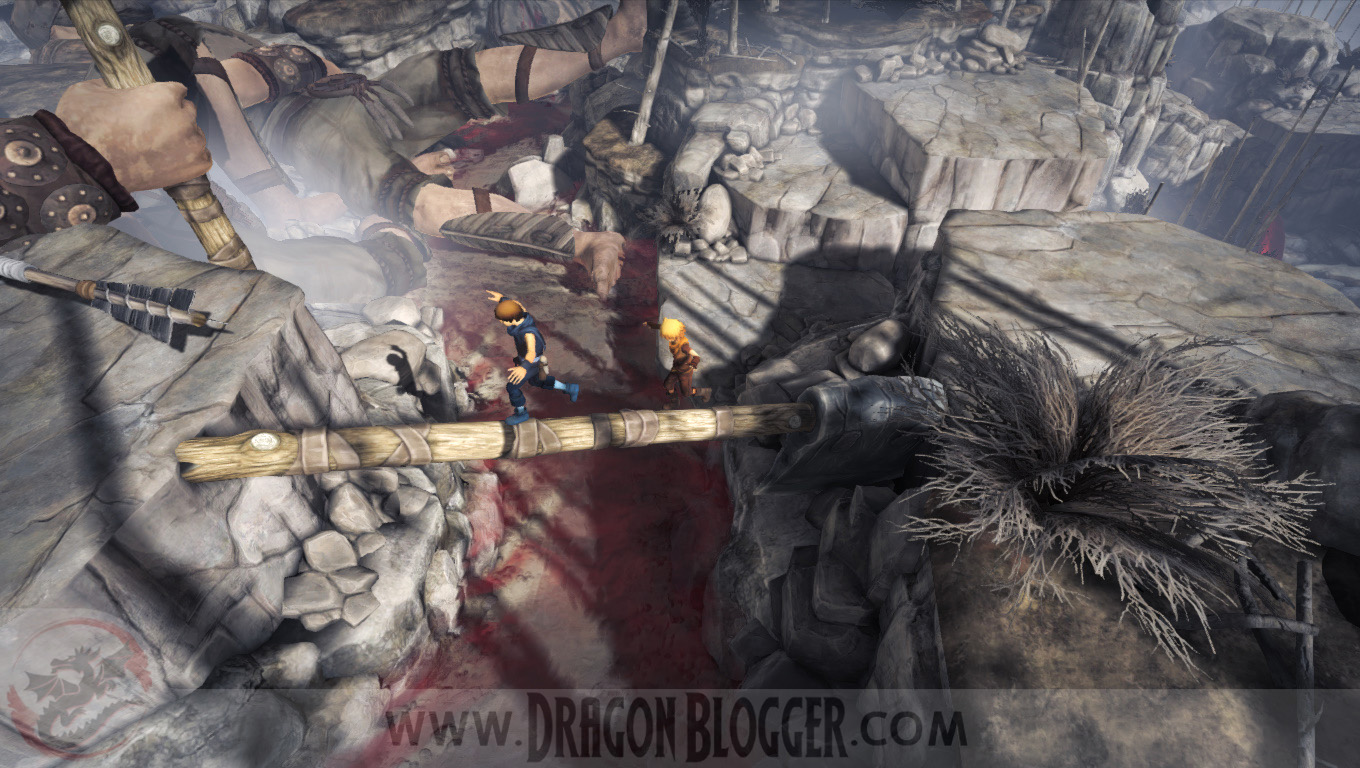 The game is a third person plat-former. Throughout the course of the game, you’ll be controlling the two brothers. Little Brother and Big Brother. It is highly recommended, by the game itself, that a controller be used to play. However, I din’t have one at hand, so had to make my keyboard work. It was a little awkward at time, especially the beginning, but even if you’re not ambidextrous, and are playing with a keyboard the gameplay is still incredibly enjoyable.

You can control the Little Brother using the arrow keys and interact with the Right-Control while the Big Brother interacts with the space-bar and is controlled by the WASD. The controls are quite easy to learn and get used to. Its a good thing that you can’t fall off every other ledge, since it was a pretty common occurrence where I was walking by the help of this invisible barrier. 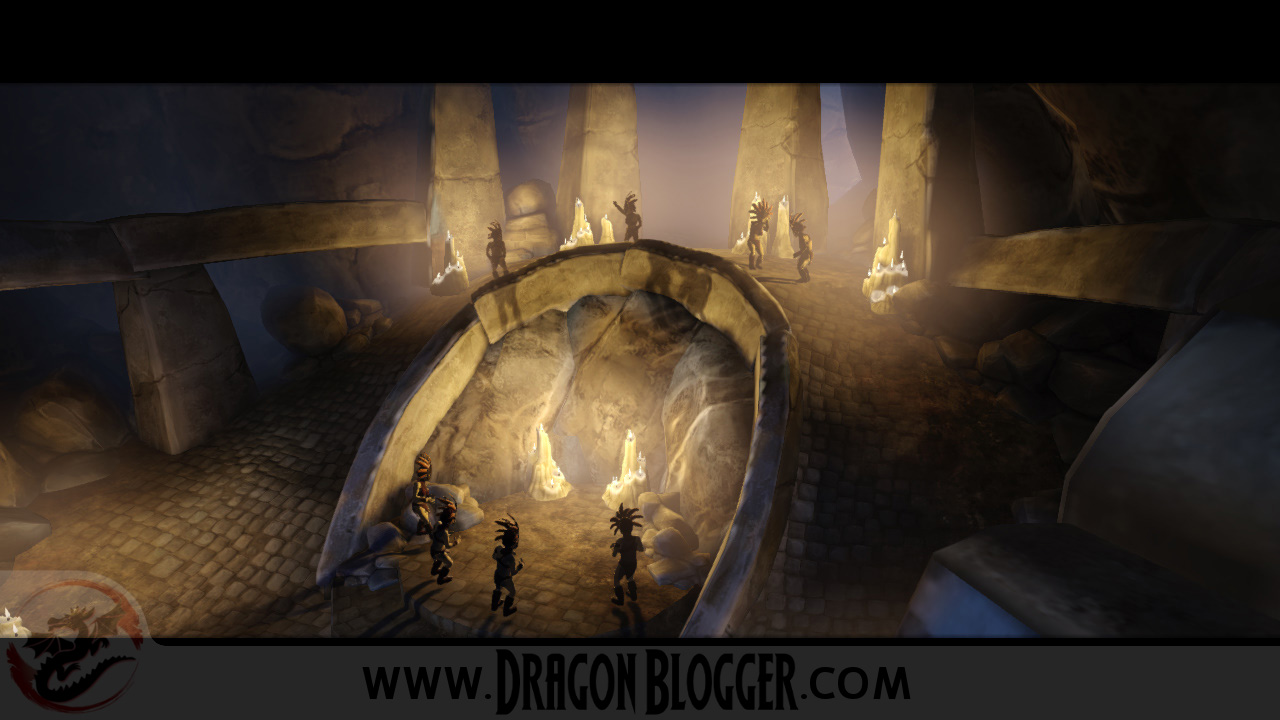 The game is a beautiful one, in every possible way. It has an incredible soundtrack, and even small laughs and chuckles are worth noticing. The game’s levels are designed in such a way that most of the time, you get to see far ahead of where you want to go, as well as far back. And that adds to the beauty and suspense, since the backgrounds has been modeled gorgeously. The game retains its beauty without hogging resources. 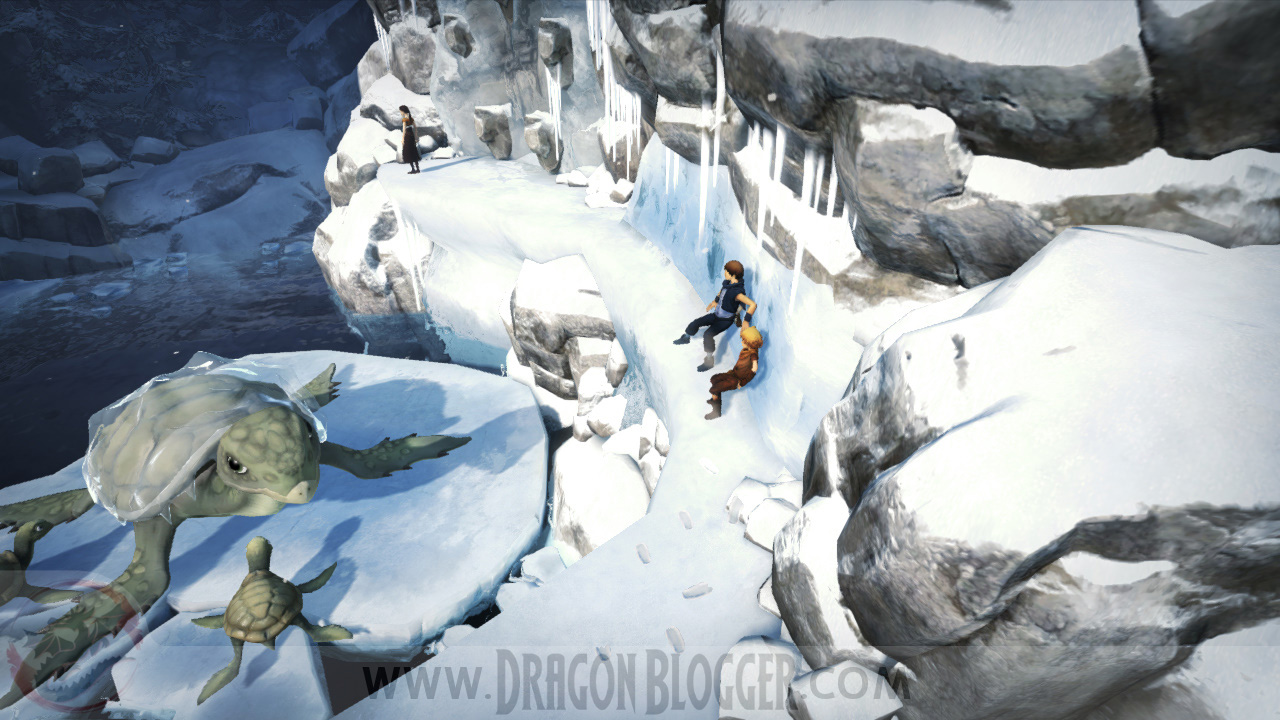 The game is definitely a must play for anyone who is even mildly interesting in story based games. Considering the fact that it doesn’t use an understandable language and isn’t a very long game, the emotional effect its going to have on you will be something you do not want to miss.