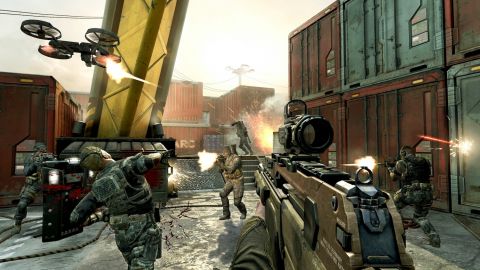 This week the long wait for the highly anticipated game Black Ops 2 is over. The game was developed by Treyarch who were famously known for Black Ops. The game has been out less than one week and has already smashed the award for fastest sold video game selling eight million copies in 24 hours. It introduces advanced futuristic warfare as the player delves into a warfare which spans from the 1980’s to 2020 and Treyarch have promised fans to grow the ideas of  their three main categories:

What will be different about single player?

Players can take Strike Force Levels which make the game more Sandbox allowing players to take over all their team changing their guns and their tactics to help you complete the mission, failing a mission affects the story and branching storylines make players choose critical decision making points. Combined with Strike Force outcomes mean multiple endings.

Stat tracking allows you to see where you are against others so competitive players can have more fun.

What will be different about multi player?

Treyarch have been keen to add differences to the multi player system. Players will be able to access a wide range of amazing and cutting edge weaponry from the the era of 2025 which should be very exciting to see how Treyarch have thought of these weapons.

Up to 6 teams and 18 players in custom matches.

An all new create a class system has been implemented called “pick 10” this gives you even more flexibility with your class. Players can choose ten elements for their class whether it be a perk, grenade or primary weapon they all take up one element. You can choose not to have a grenade and just pick another perk. This allows users to have a complete custom load out to others playing which makes games much more exciting. Players can have wildcards which create exceptions with your class like having a second primary gun.

Is the zombies game mode changing?

Treyarch have completely revamped zombies to deliver fresh content which includes the classic zombie game mode that people have come to know and love but also creates a better purpose for each game by adding a story into the game play.

More changes for the game mode include:

In the game, players can choose currently from three map sites and one huge map which has every small map in it. This main map is called transit. In transit players start out in a location collecting points, they can also collect parts. These parts can be used at a crafting bench to make an item which helps the player. When they open doors they will soon find a bus. The bus is controlled by a robot which is presumably called “BloodHound” he stops at locations and allows time for players to hop on and get taken to another destination. When the bus comes to your stop or leaves you will sometimes here a beep or see the buses headlights. 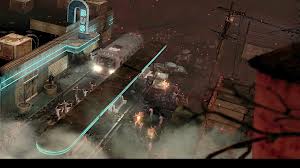 When playing for your first time make sure not to think your safe on the bus because zombies can sprint incredibly fast to catch up and brake the windows to get in. You may even get to meet the two new zombie types that have been added to make your time more…. memorable.

Black Ops 2 has already changed the Call Of Duty game and will be very popular for a long while among the first person shooter fans. It is currently available to purchase from all game retailers.