Skylanders Giants was the number 1 most requested birthday gift from my youngest son who turned 6 in early November.  He and his brother had played the original Skylanders for endless hours and we as parents had forked out for over a dozen separate figures over the months (even won one in a Doritos giveaway).

So when Skylanders Giants did come out and was purchased, I was pleasantly surprised to see how much it improves Skylanders itself in nearly every way. 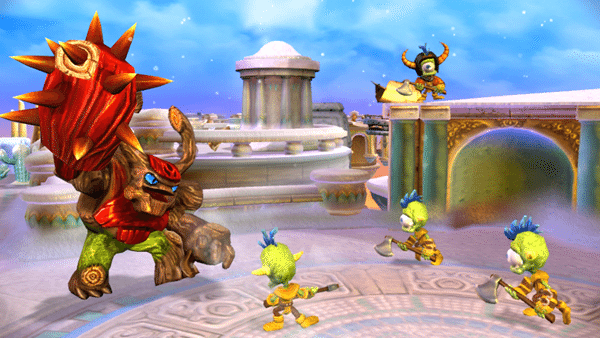 Skylanders Giant returns to the Skylands to tell a story on how the Giants once fought in Skylands and were banished are now having to return to help stop Kaos from conquering Skylands again.

This game is designed for kids and you won’t find any super impressive or original plots here, but they are always entertaining.  I also always get a kick out of hearing Patrick Warburton lend his voice work to any game and he reprises his role playing Flynn.

Skylanders Giants does include 16 new characters including of course the 4 initial giants that released with the game, with 4 more that are planned to be released soon.  One giant for each of the elements in the game.

Skylanders also introduces Light Core characters and version 2 of some of the original’s most popular characters but best of all your original Skylanders all are compatible with Skylanders Giants, even the expansion stuff like the Flying Swords, Treasure Chest and Pirate Ship. 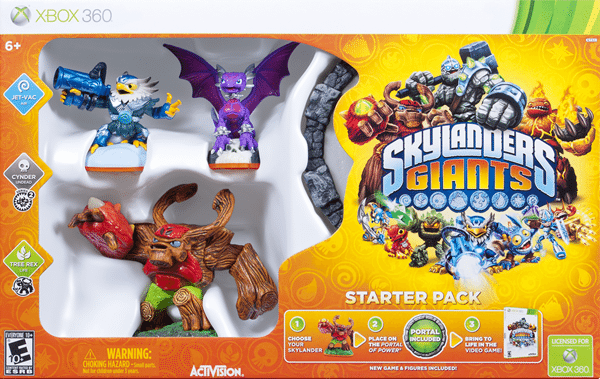 Skylanders Giants is much larger than the original game and is a stand alone game instead of just an expansion pack in itself.  It features new battle modes and the battle modes are incredibly fun.  You can unlock character abilities and hats which provide some extra abilities to your character in game and there are some varied level types to keep things interesting.

It’s All About the Giants 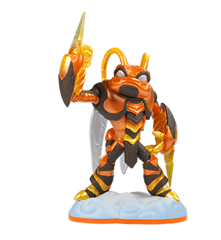 The Giants Rock… plain and simple and my son barely touched any other character besides the Tree Rex with my oldest son playing Swarm.  The Giants in themselves are bigger, stronger and have some amazing abilities.  In multiplayer battle a level 4 or 5 giant had no problems killing a level 10 character from the original game and it was barely an even match.  Now you can increase all your original characters to level 15 but in no cases did I see where a smaller character can match a giant when they were close to the same level.

If you already own a copy of the original Skylanders and have the Portal you don’t need to purchase a 2nd Portal and can buy the cheaper pack that just includes the starter Giant Tree Rex.  Or if you haven’t picked up the first Skylanders you can dive right into Skylanders Giants and purchase the portal pack which includes 3 characters and varies depending on which gaming system you buy Skylander Giants for. 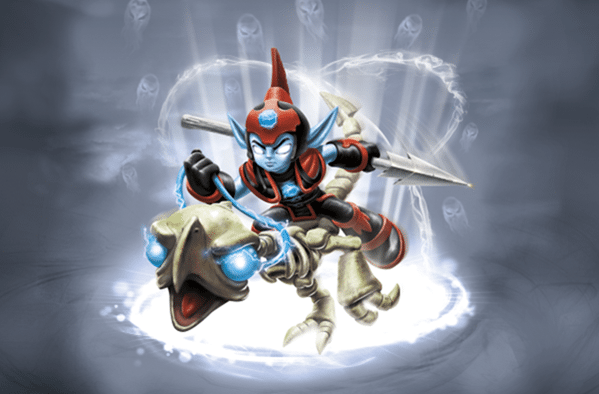 Skylanders Giants does something incredible in tying the collectable action figure / toy thing with game interaction and it works exceedingly well. I enjoyed playing and watching my kids play and it provides hours of entertainment to find all the secrets, level up all the characters and gives kids a reason to save up allowance (and do good in school) to earn more action figures as rewards.

As a more serious gamer, the Skylanders games could benefit from some improvements.  The first is that you are limited to a certain distance between player 1 and player 2 by this invisible rope that binds your characters, if Player 2 is too far away they are teleported to Player 1 location.  They should instead employ the same split screen technique leveraged by the Lego Batman 2 and other more recent Lego games which splits the screen when characters are separated or too far apart.  Or it should zoom out to show smaller versions of the characters, it is annoying to get stuck when both players are moving in separate directions and are fighting to get an item dropped and missed.

I am surprised that there is still no jumping at all in Skylanders, though this removes potential for falling the only jumping is on set glowing portals which jump you to the next level.  They could have added new features/abilities related to jump attacks and figure this would be something added at a later point.  Flying exists but is really just hovering a few inches above your walking location and providing different attacks, you really can’t fly over ledges and are limited the same way as walking.

Expand on armor, seriously hats are the only thing you can add or customize to your character, this has a ton of potential to expand into other armor components.  Weaken the characters up a bit and add more enhancements you have to find or purchase in game would be one of my suggestions to extend playability.

Skylander Giants earns 4 out of 5 stars for its entertainment value particularly with kids, and taking turns playing as a family.  I would love to see this franchise expand to include a portal capable of 3-4 local player coop and each family member can have their own favorite character they develop…etc.