I have never before thought of a flashlight as being anything more than just a light with batteries wrapped up in a plastic wrapper. Some desire to be more, and others don’t even make the mark. Choetech has a flashlight that not only shines brightly, but does a whole lot more or less. 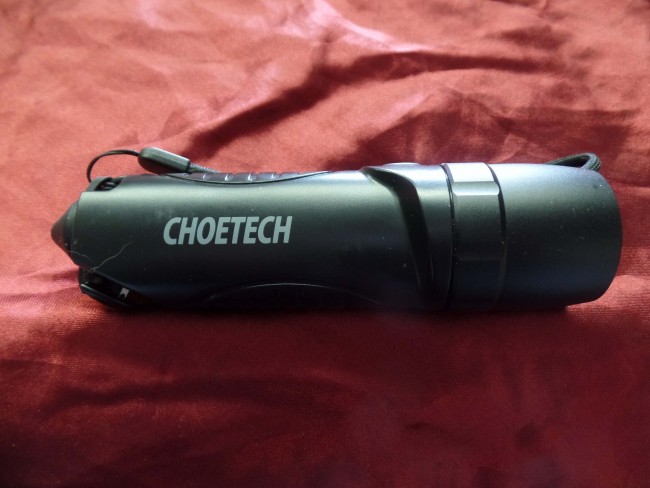 As a flash light, there are a few things to know. It does not use a traditional bulb, but instead uses a fairly powerful led. There are three different brightness levels, as well as what they call an S.O.S. mode. To turn on the light, all you have to do is press and hold the power button for 2 seconds. The light comes on.

Pressed a second and a third time will gradually increase the intensity. Repeating the steps will cause the light to flash on and off rapidly by the third additional press. Hold two seconds to turn off the blinking mode and back to low intensity. Hold two additional seconds, and the light turns off.

Now if that was all this flashlight did, it would be enough, but it would also make for a short review. There are at least three other things that this light will do. One is it has a tool to cut seat belts, a tool to break windows, and a tool to charge portable devices. 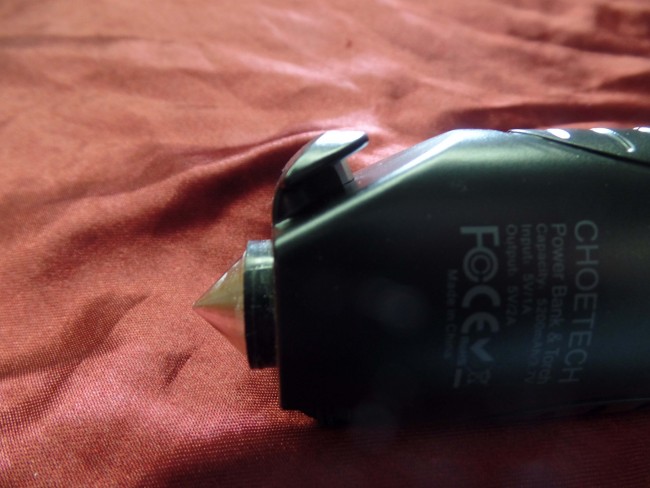 I tried the tools that allow you to cut a seatbelt and break the window, and did a video concerning it. The video was shot outside and there is some wind noise, but over all, it shows the effectiveness of the tools. I will say that I have never used such tools before and was not sure exactly what to expect nor how to really use them, but I knew I only had 1 shot. I also just had surgery the day I shot the videos so my performance may have affected the outcome.

Watch my Video Testing the Choetech 3 in 1 Emergency Flashlight

The other tool, the one I think most people will really find interesting is the fact that not only can you use a USB cable to charge it, but the same cable can be used to charge other things from the flashlight’s battery. There is more than enough power to fully charge most any tablets, and certainly enough to charge most phones. With more than 5000mAh of internal battery storage, this makes it perfect for what you need to use it for. 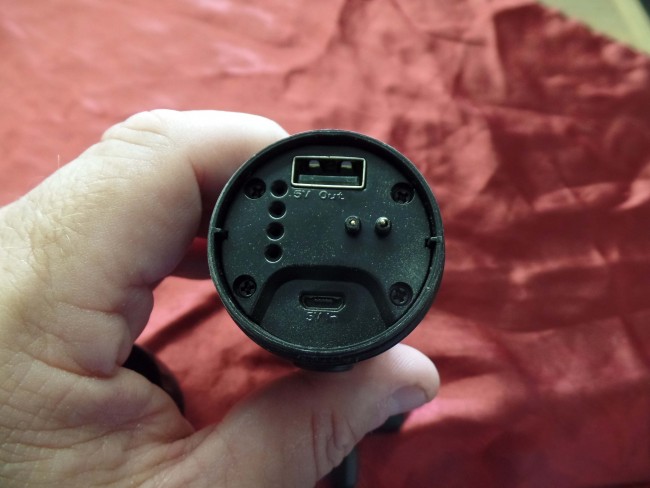 Now, there is one additional feature that needs to be talked about, and it is the very last feature I will discuss. It is waterproof. According to the manufacturers, I should be able to turn this device on, and drop it into the water, and it will still work. So, let’s test that and see if it really is true.

Well, from the video, it is easy to see that the flashlight works underwater just fine. It is also obvious from the other videos that the light is bright and that while not the results I expected, the special tools for breaking glass and cutting seat belts, does work. There was however a very huge problem after the last test.

When I read the product description on the web page, it said:

Ok, I assumed that (IPX6) was code for the flashlight will work in water at a depth of 3 meters, which is close to 10 feet, so my small water test would do fine. As it turns out, (IPX6) shows it to be water resistant, as in, if water splashes against it, it will be fine. Splash proof, and waterproof up to 3 meters are not the same thing. I know, as I was a submarine sailor in the navy. My sub was waterproof, not splash resistant. Big difference.

I have to say that the light, was bright. If I rated it on that alone, I would give it 5 stars. The charging ability is wonderful and was easy to use, it would get 5 stars. The ability to break a window, was not as easy a task as I thought it might be and considering I did have surgery, I will rate it at 3 stars. Although, it did break an already broken window well enough, it did not do so good against an intact window. The seat belt cutting was difficult, but again that could have been me, however, I am sure a good knife would have cut faster. I will give that feature a 2. Lastly, due to the fact that I dropped my light in water based on what I was told on the web site, and the light while initially working, died and all functions except the seat belt cutting and window breaking went with it, I give it 0 stars.

I am not heartless, and know that confusions can take place. Because of that, I will rate this product, (which is currently useless to me as a flashlight or power bank), based on the only two features still available. I will split the difference and bump it up to a 2.5. If however, Choetech makes corrections to their product description and removes the statements, (they are in two separate places on the page), that make it seem that this flashlight will function at up to 3 meters under water, I will raise my rating up to a 4.5 out of 5 stars.

Disclaimer: Choetech provided me with this 3-in-1 emergency waterproof flashlight with 5200mAh rechargeable power bank, all opinions are my own.