What is Don’t Starve?

Don’t Starve is a game which is getting alot of attention, mainly due to its unique game play and viewpoint. Created by Klei Entertainment who are known for their game shank 2. The game puts you in the hands of a gentleman scientist called Wilson who has been mysteriously teleported into a different world. In the game players must use their environment and surroundings to survival and that is really what the game is all about, survival. Now surviving in this game can be quite difficult at times due to harsh winters where you will die if you wander too far without food. 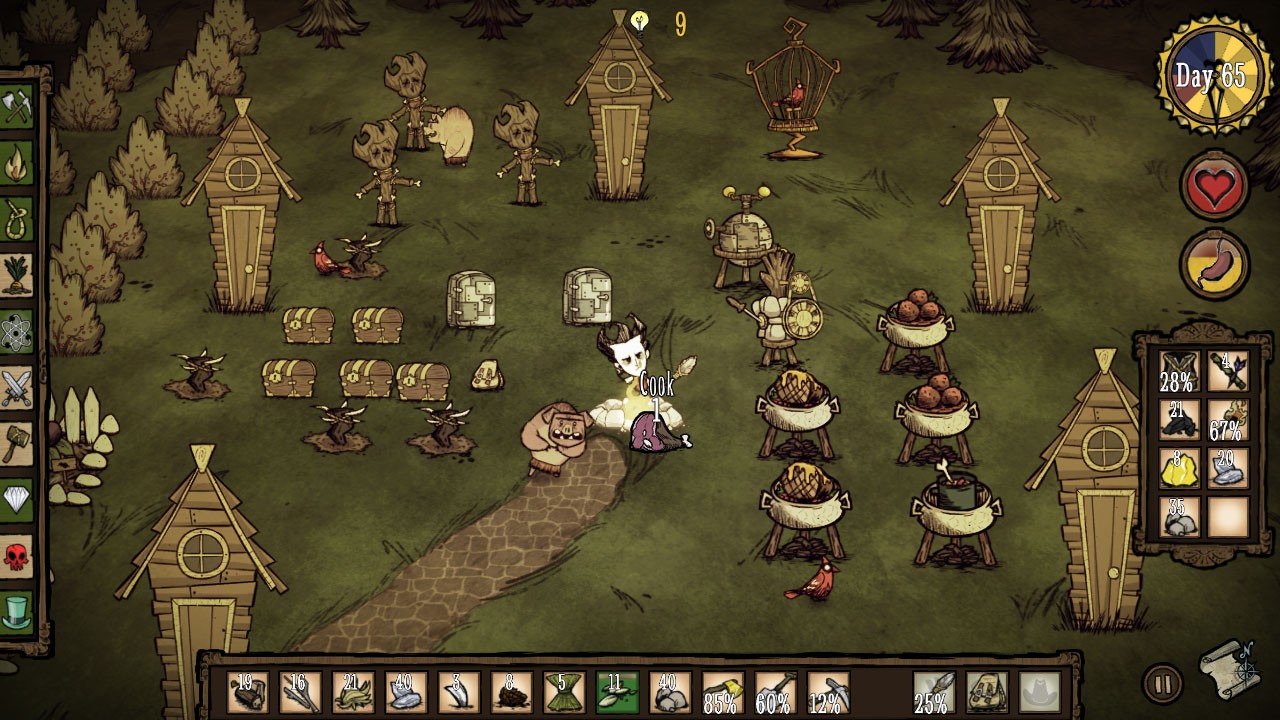 The game focuses on a few main points which makes the game entertaining and also very interesting, players can suit what they do to their own play style. Players can adapt their style to using weapons of all sorts be it ranged weapons such as a boomerang or blow dart to a bat or club. The game allows you to do what you want, when you want. In the game there are three things that are essential for your survival, light, food and sanity. If you are in pitch dark monsters will try to kill you so staying near a light source is a must, not only does the light protect you but livestock such as pig feel at ease near a light source and will sleep. 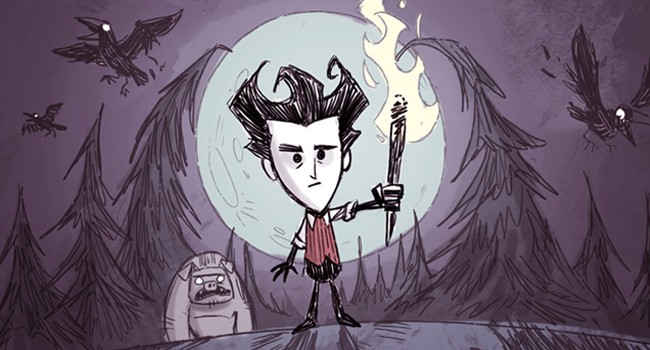 As the name suggests food is pretty important with out it you will starve. The hunger bar will slowly decrease without eating food and also  can lead to death. Sanity is also another very important part to the game as without your sanity you will be attacked by hallucinations. To increase your sanity you must do light and fun things such as… sleeping in a tent and eating food aswell as the occasional killing of wild animals.

Generally the game is really fun and the strategy involved is not too intense which makes the game feel fresh every time aswell as being interesting at the same time! Currently the game is in beta and is available on steam and the chrome store.

Here is a video for Don’t Starve!