As some of you know, a while back I had a very bad experience with a new 10 inch tablet. I was not happy, and I was worried when I had to “settle” for a different tablet that I had no knowledge of, but, I was pleasantly surprised. I feel it is only fair of me to share the experience with you as well.

When I went into the store to return the bad tablet that I had bought, I had only one choice. I got another 10 inch tablet, this time it was from a company called Ematic, and it was the eGlide XL pro 2. I had never heard of it, but figured I had no other options at the time. 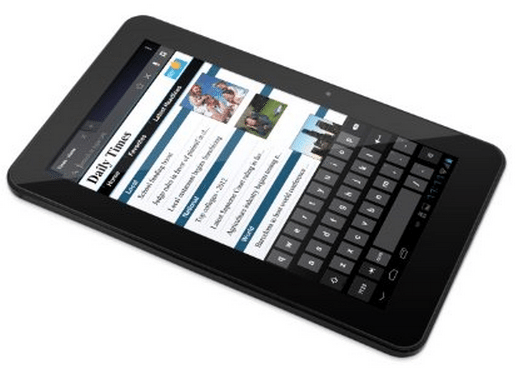 I was a bit disappointed in the beginning with eGlide XL PRO II and the amount of internal storage available. This tablet only has 4 gigs, but it does have a number of other things about it that more than makes up for that shortcoming.

The tablet has a front facing camera that is mounted on the top part of the screen instead of the side like the other tablet I had bought. It is also a much better quality camera. The display is 1080p and supports 3D viewing as well. I say that, even though I have only watched old red/blue 3D movies on it.

The processor is a 1 GHz single core with 1 GB of ram, and a 400 Mhz GPU, and the storage can be expanded to 32 gigs. The tablet supports micro HDMI output, and has the ability to use a micro-USB host adaptor. 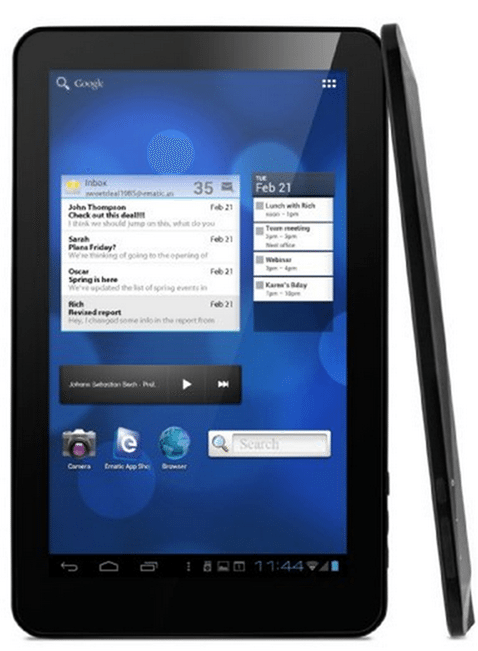 The battery life on the eGlide XL PRO II is so-so, if you don’t use Wi-Fi, I have gone 3 days without charging, but the Wi-Fi does eat power. The operating system is Android 4.0 Ice Cream Sandwich, and is about standard as far as I can see. The tablets speaker is simply a back speaker that is not in stereo, but it does have a built in headphone jack. I have used it one time so far, and it sounded great. I am not to keen on the sound without the headphones, it is a bit week, but there are ways to boost that if you know how.

The one thing I do not like about the tablet is, and it may be more OS related than manufacturer related, is that with so little storage space, (they split the 4 gigs into 2 gig partitions), anything that is moved to the SD card, sometimes does not remain available to use. This forces the user to move everything to the tablet partition, which to me does not allow for full use of the available storage. You can as I said earlier, install a 32 gig SD card, and that is nice and will help resolve the issue. I was a bit unfamiliar with doing this, and I learned that unlike the last tablet where a bit of the card stuck out from the tablet when the card was inserted, you actually have to use something to push the SD card into the side of the tablet, to get it in correctly. At first I didn’t like that but I notices one thing about it that I do like. Nothing causes the card to accidently pop out.

There isn’t a true GPS as far as I know it, it looks to me like it uses Wi-Fi positioning, and that’s nice, but I do want to try real GPS someday to see what all of the fuss is about. It does not have built in Bluetooth either, which is a bummer, especially since I spent $50.00 before on a Bluetooth keyboard and mouse, but once I get the USB host adaptor, I am going to give it a try.

All and all, I give this tablet a high mark. For what it does have, it does well. For everything else, there is a way to make it work. Like Google play store? It doesn’t have it, but I got it to install and work great. Netflix app didn’t work at all at first on the eGlide XL PRO II, I installed it, cleared the cache for the app, then it worked great after those steps. GPS not working for you, well, Wi-Fi location works great, I live in the country with very few cell sites, and it found me down to a block of my actual location. Not bad too bad overall.

There is one feature that this tablet may have that I can’t verify as of yet, and that is can it use 3G. There is a micro USB slot labeled 3G that is for the micro-USB host adaptor, but I am not use if that is the same thing. So, if anyone does happen to know the answer to that one, please feel free to pass it along.

I will be as I have been, looking for ways to make more use out of the external and internal storage. I will share more when I find one that works and does all that it says it will. Also look for a follow up article that was inspired by this tablet, my attempt to make my own custom case.