Last year, Muse Games started a kickstarter for the game Guns Of Icarus Online hoping that they would raise a sum of $10,000. It was no surprise they hit that goal and raised an extra $24,000 with plenty of people backing the game. This year they have returned with what they had promised fans last year, an adventure mode. You can help kickstarter their project by clicking on this link (here). They wanted to raise ten times as much as last year and this has already been smashed with 13 days left to go. Over 2,331 people have helped raise $129,000 for the adventure mode funding so far. 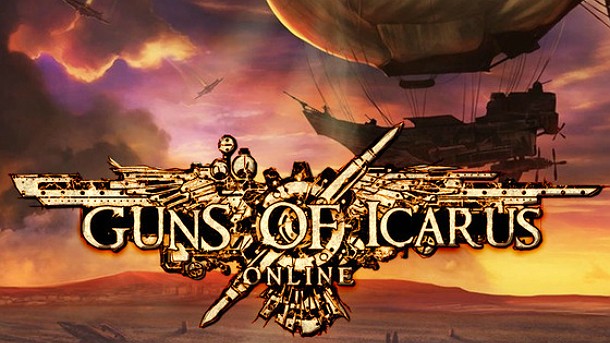 What Is Guns Of Icarus Online?

Guns Of Icarus Online is a game made by Muse Games and features  steam punk styled air combat. Players can take control of their own airship and fight with their team-mates to destroy the other team. By using the cannons and tools provided players can own the sky, taking down multiple enemies as they go. Players are recommended to have two other friends to play with so that the three roles are filled. Players can either be a gunner, engineer or pilot. By teaming up with your friends you can all hop on one ship and by working together you can destroy enemies.

What Do The Different Roles Do?

The pilot is the captain of the ship, by working with the gunner and engineer you can maneuver around the battlefield and help get in useful spots for your gunner to wipe the enemy ship out of the sky. The pilot can use his skills to help get around like for instance using moonshine to speed up the engines or the falcon grip to turn your ship  faster.

If you like shooting games then in this game the gunner is for you. Gunners can use the weapons on the different ships to destroy enemy ships. When aiming the gunner has multiple options on where they hit the enemy ship. They can hit the balloon to make the ship drop, they can destroy enemy turrets and they can also take out the ships shields and hull as well as the engines. By utilizing the different ammunition and also the positioning of the turrets the gunner can become a deadly player on the battlefield.

The engineer is the workforce of the ship, they are in charge of making sure everything is in running order whether it be extinguishing flames to repairing the engines, without the engineer there is no competition. The engineer can use different tools to repair faster but also determine the length of cool down which will occur when using the tool. When the cannon is on cool down it cannot be used so it is vital to decide which tool to use to get a balance between the repair health and also the cool down.

The adventure mode will be a new feature introduced and will allow players to go around the world and trade with towns in the game, allowing for money to be used to get different items and also get missions for npcs, so not only will you be able to battle enemies you can also do different missions to increase the excitement of the game!

Here is a video on the adventure mode.