So instead of jumping on the purchase of WhatsApp by Facebook right away I wanted to sit back and see what the response was first, then let it sink in.

Facebook purchase the messaging app product for $19 billion, with a B, in stock and cash.  Facebook paid 1 billion for Instagram back in April of 2012.  At the time they had about 27 million users.

Last week Facebook agreed to purchase Whats APP for $19 billion in stock and cash.  As of the purchase being announced WhatsApp had about 450-500 million users.  That is 19 times what they paid for Instagram for close to 19 times the number of users.  So if the Instagram purchase made sense maybe the WhatsApp purchase will too….or maybe this is 19 times crazier? 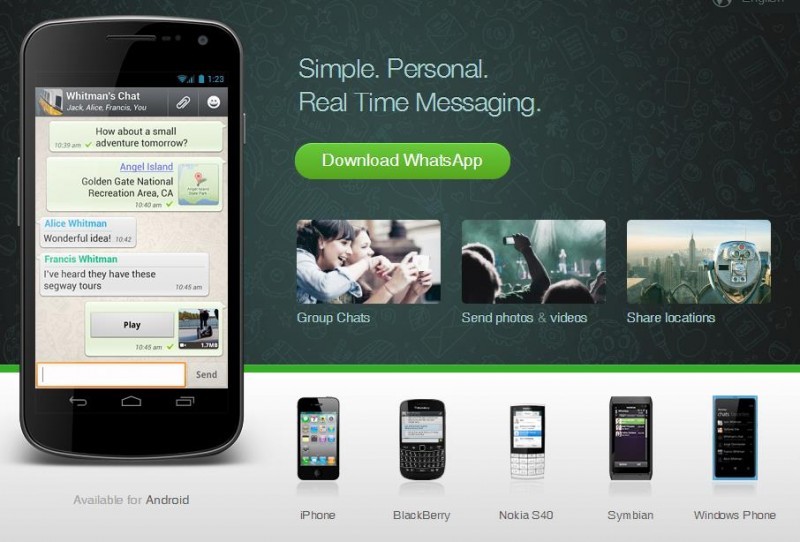 What does this purchase really get Facebook.  Many believe it is access to markets they are not so prevalent in. More access to countries outside of the US in markets where growth is possible may help Facebook growth for the future.  Will it replace their current messaging app?  The WhatsApp application has much more capability.  In WhatsApp you get messaging, the ability to send photos, videos and audio messages.  Just yesterday (02/24/2014) it has been announced that voice calling will be added to WhatsApp also.

Will it integrate into Facebook’s platform?  Yowsup was not something I am familiar with.  Facebook is more PHP than anything.

Will they integrate? Instagram has been left a standalone app.  Maybe WhatsApp will be the same.  But why buy it then?

I read that Google made an offer to WhatsApp of somewhere around 10 billion.  Maybe this was an over the top move to prevent Google from owning it?

WhatsApp does actual make some money.  It is free for the first year then $.99 a year there after.  I can’t imagine Facebook changing that too much unless it is just to make it free.  No adds are in it and are not meant to be in it.  Would that be something Facebook forces WhatsApp to try and make more than $.99 a user per year?  In different articles it has been said this is more a partnership than a takeover, appearing to allow WhatsApp to exist without being enveloped by its big brother Facebook.

User response?  WhatsApp has lost a few hundred thousand users since the announcement.  Other competitors, Telegram being one, have seen an up tic in user sign ups.  The purchase doesn’t seem to have caused a max exodus, so far.  That may be dependant on how things progress.  Whether WhatsApp is left to be run as is or if there is Facebook tentacles that work their way in as time goes buy.

I think this purchase was a combination of everything above.  but I believe it will help them in some new markets and it will strengthen their presence in others.  there has to be something said about the talent and what t took to make WhatsApp so popular.  maybe that mind trust can help Facebook’s core get better at other things.  Only time will tell.

Good luck Facebook and WhatsApp.  I think you will need it.