I learned about a device that honestly sounds wonderful. It might just be the perfect companion to go with my 60 ultra 4K HD smart TV. The possibilities are enormous.

You see, I have an android tablet that allows me to stream wirelessly to my smart TV anything I am doing on my tablet. I use it a great deal, but there is a slight problem. I cannot use it to play a game, and look at the big screen at the same time. I have tried, and it just does not work.

GearBest has a device called the K1 Plus TV Box, and it looks like it would do just what I want.

One thing that has been on my mind it being able to stream videos to my TV. I have a few but have not found just what I want when it comes to video streaming. For that matter, the same goes for music and pictures. I have software that I can use from my computer, but often times, it is difficult to use, and features I wish to have are simply not available. 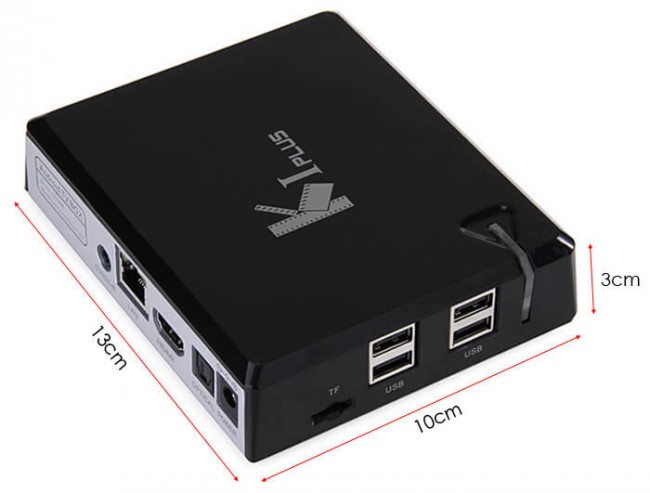 The K1 Plus TV Box has two features that look like they would do just what I want. The first is it has pre-loaded, a program called KODI. KODI is the new version of the Xbox Media Center that comes packed with many features. Not only does it keep track of your media but it can also provide additional information about them not found in other software. On top of that, there are a host of applications that can be tied into the program like weather forecasts and other things you might find useful.

The second thing it offers is Lollipop 5.1. With it, the entire library of android applications is available to me to use. It is estimated to be more than 800,000 apps and growing. Not bad. I have gotten to try 5.0 and enjoyed it a great deal.

There are a few features I should point out. They add to the functionality of the device.

There are 4 USB 2.0 ports, and a micro SD card port. They can allow a keyboard and mouse to be connected, along with many other connections that work with android devices. The Expanded memory can be up to 32 gigs via the TF card slot, but if this works like other android devices, any flash drive or hard drive connected to the USB port will also work as storage. On the back are several outputs, some I honestly am not familiar with. There is the HDMI out, and an optical out, and one labeled CVBS /L/R (I have no clue what that is).

The device comes with a wireless Infrared remote, but the one feature no found is Bluetooth. I did a little checking and learned that the option is not in the OS as it has been set up for this device either, so it is doubtful that a dongle could be added to allow Bluetooth functionality. There is also no Headphone jack, unless that is what CVBS stands for.

The whole box is only 5”x4” in size so it does not take up much space. The CPU speed is not listed, but a site I found that has done a detailed review shows it to be 2.02Ghz quad core. The ram is 1 gig, and 8 gigs internal storage. Not too bad, especially for the price.

When I first saw this, I thought to myself that it would be one I would love to someday get. I was thinking in a few months maybe. My daughter came over and I told her about it, and she handed me her debit card and told me to buy it. So, I did. In about 10-25 days, I will have it and will be able to do a more proper review and share with you first hand just how I feel about this device.

You may think that 10-25 days is a long shipping time, and in a way it is. But Gearbest seldom charges shipping on any of their products, and it is coming to me from overseas, so I will not complain. I have gotten things from them before, and they arrived in great condition. So, I encourage you to look at this yourself, and consider getting one. I know I am looking forward to getting mine.