Mixers are a great addition to any kitchen and having one on hand is essential if you’re into baking. FIMEI reached out to have their mixer tested, and as a big baking enthusiast, I was happy to review it. Overall, I’d say it’s a good mixer for anyone who wants to bake without paying the high prices for some of the mainstream ones on the market. 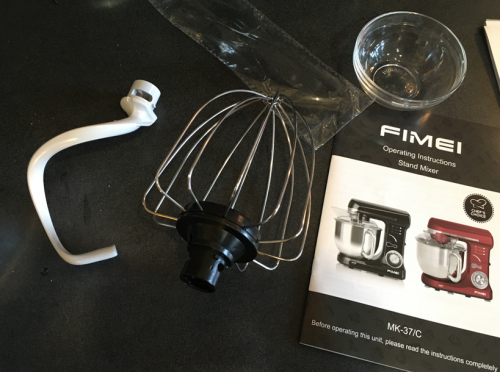 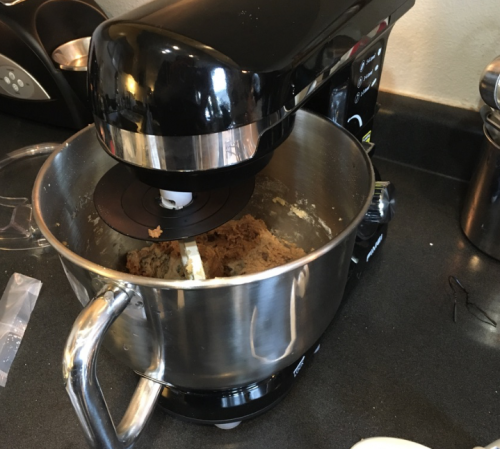 Unboxing and putting together the FIMEI stand mixer

Right out the box, the FIMEI mixer is pretty much ready to use. It comes with three different mixing attachments so you’ll want to make sure you’re using the right one. There’s a dough hook, stainless steel whisk, and a flat beater. Each of the different attachments use different speed settings on the mixer, so be sure to use the right one. Thankfully, the exact speed is also right on the mixer so you don’t need to memorize them. The bowl is five liters, which is more than enough space for most recipes. There are six speeds on the mixer plus a pulse speed if you need an extra jolt. 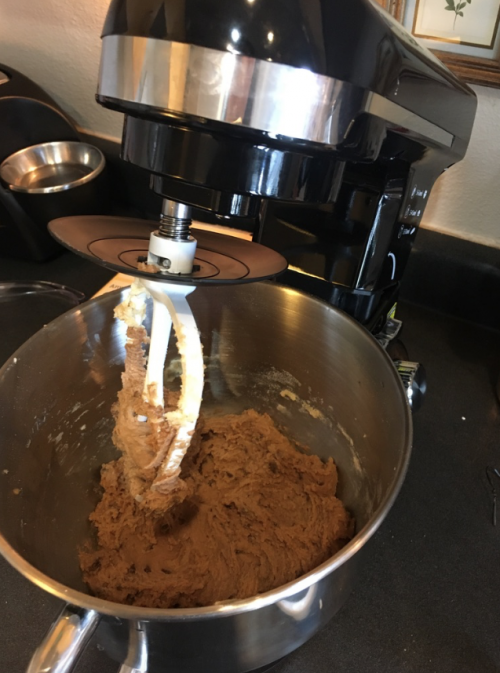 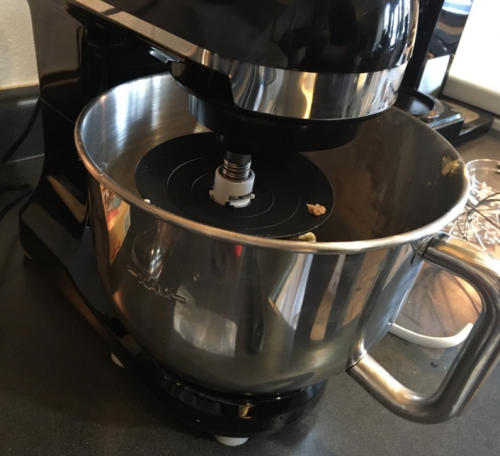 The FIMEI mixer is intuitive to use and doesn’t require a lot of work to set up. The attachments are a bit tough to put on, so if your grip strength is not that strong, it’s something to keep in mind. This mixer is a total of nine pounds, which is nice if you do plan to move it around your kitchen a lot, since that’s pretty light as far as mixers go.

The attachments and bowl all stayed secure and lock into place when you’re using it so you don’t need to worry about it falling over and making a mess. It was marketed as being quiet, but it’s still pretty loud at 75 db and would certainly wake someone up if you were cooking. There are a few pictures of the pouring shield and the anti-oil drip cover on at the same time, but I found there’s no way they could be on at the same time since they hit each other. The security lock worked great to keep the mixer in place, but it does feel slightly cheap so I’m not sure how long it will last.

The beaters don’t reach the full bottom of the bowl, but I’m not sure if that’s to prevent scratching of the bowl. It comes with a spatula so you can scrape the food down when it sticks to the bowl, which came in handy. 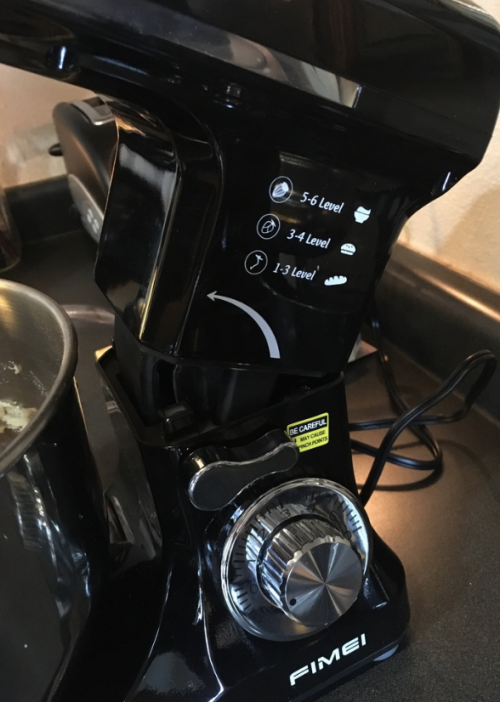 Overall, this mixer is more affordable than a lot of the other options out there without sacrificing too much on quality. The suction cups on the bottom keep it from moving, but they’re almost too good because when you try and take it off the counters, it is not always easy to do so. The attachments and the bowl are all dishwasher safe, which is always a huge bonus to keep you from doing a ton of cleaning after you’re done.

If you’re looking for a cheaper mixer to just help you with simple baking projects, this might be a perfect fit.

Also feel free to check out FIMEI’s other products: here.