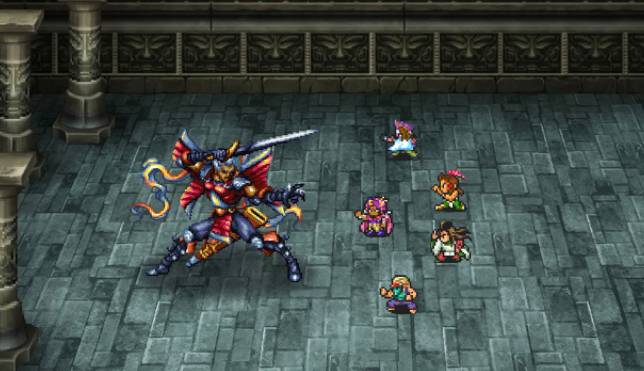 The title has been updated for the current generation of consoles, featuring:

This title is rated T (Teen). Please visit the Entertainment Software Rating Board (ESRB) website at www.esrb.org for more information about ratings.

Romancing SaGa 2 can be purchased through the following links:

About Romancing SaGa 2
Originally released in 1993, the landmark title in the SaGa series has players leading the Varennes Empire in battle against the Seven Heroes. A free scenario system—a hallmark of the SaGa series—enables the player to take command of a variety of protagonists along the line of imperial succession and experience the history of a nation as it grows and changes.

More information is available at: http://www.jp.square-enix.com/romasaga2/en/.

More information on Square Enix, Inc. can be found at http://na.square-enix.com/