With smartphone cameras having better resolution than ever, so many people are using their camera’s to record video now.  Well for those of you who do video recordings on your iPhone or Android camera and use Camtasia Studio to edit and process your video’s before uploading them to YouTube, Screencast or wherever else you may find the Fuse app to be just what you need.  Fuse which is a free application you can download here http://www.techsmith.com/fuse.html for your mobile operating system of choice not only facilitates the easy transfer of video or pictures from your mobile device to Camtasia Studio but also will do recording and take screenshots for you. The app has a noteable feature on iOS where you can pause and resume in the same recording before you commit and save it off as a recorded file.  This helps avoid having to create multiple video files when using the built in camera app for the iPhone or iPad for example. 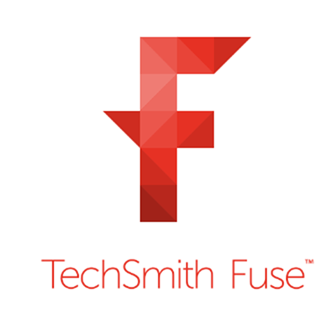 Pairing your Fuse application with Camtasia Studio is easy, you just make sure your mobile device and PC running Camtasia studio are on the same network.  Then in Camtasia Studio you click on File > Connect Mobile Device and you will be presented with a popup with instructions to download the Fuse app for your smartphone and with a QR code that you scan with your Fuse app so that it pairs your smartphone Fuse app with your Camtasia studio installation. 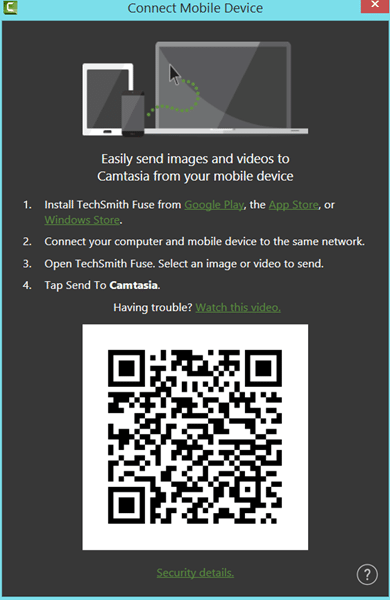 After you pair you will set your Camtasia Studio connection name, and I confirmed your Fuse app can be paired with multiple separate Camtasia Studio installs if you have it setup on more than one machine for example. 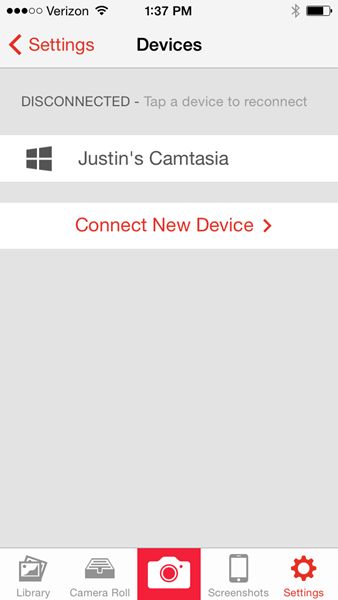 While in the Fuse app you now have the ability to either start transferring any existing screenshots and video from your library, or simply start capturing new recordings or screenshots. 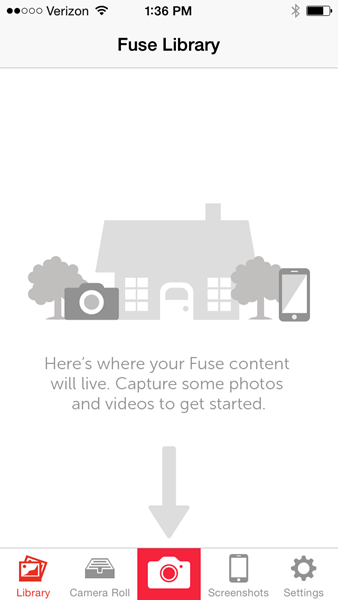 After you do a recording, like for my test I recorded video on my kids from their Karate class.  It transferred the video from the phone directly into Camtasia Studio in seconds and was right there ready for you to add to your timeline and start editing the video. 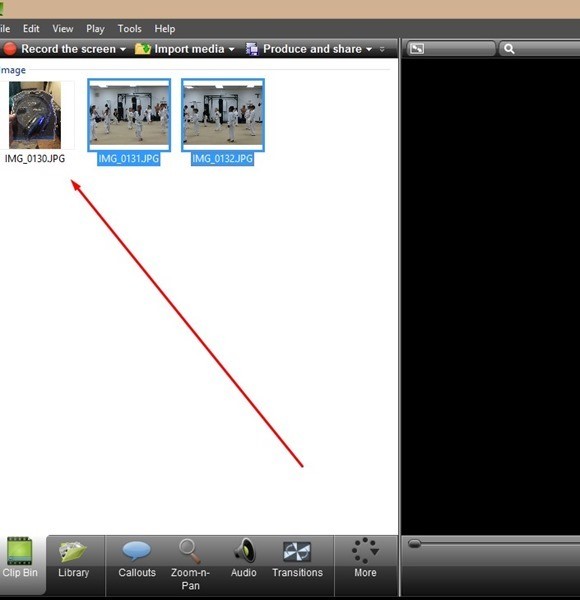 Fuse is an excellent app if you do a lot of recording on your Android or iOS device and want to easily bring that video into your Camtasia Studio application without the hassle of having to either plugin your device and copy over the files via USB cable or even the hassle of uploading to Dropbox or another cloud storage service, then wait for it to sync there only to copy it back to your PC to import into Camtasia studio.  It saves you several steps and allows you to immediately start editing your video and/or photos faster with Camtasia.

The downside is that if you do recording with a dedicated video camera then this the Fuse app pretty much doesn’t do anything for you, you are still just manually using USB or other mechanism to transfer your files from camera to PC.  I would suspect that as more camera’s are coming with Android Operating System installed we will start seeing this as an option for Android based dedicated digital camera’s as well in the near future if not capable already.  Overall the recording app may be worth using if you just want the pause/unpause functionality in the the recorder though I wish when you hit the record button it gives you a timer or waits a little bit before immediately recording.

The other thing is you can also import the video and images to Camtasia SnagIT or Relay, not just Camtasia Studio if you use those applications as well. 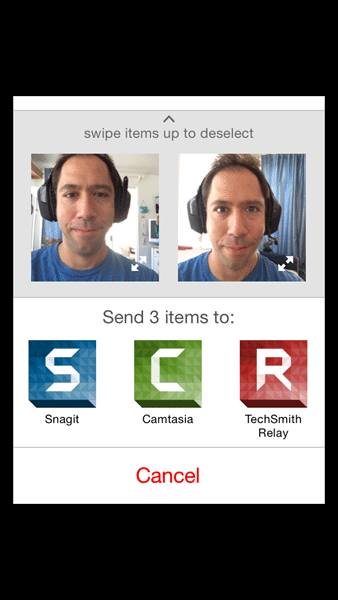 Camtasia Studio is an awesome video editing tool and I have used it for years, I highly recommend it though am waiting for it to support larger video files when it becomes a 64 bit application and it still has occasional crashes with very large avi files or when doing many edits on long (45 minute plus) video files, but it is still highly recommended and I love the software.