Gamers who have been stereotyped as introverts for so long usually had a habit of congregrating together for some major conventions and events which are all in jeopardy thanks to the COVID-19 outbreak globally, here are a list of the 10 more popular conventions that either are currently impacted or will likely be impacted by what is going on in the world right now.  The plus is that many of these conventions where breaking news is shared about the gaming industry will likely have online events open to all as a small compensation for in-person events being shut down if they are cancelled. 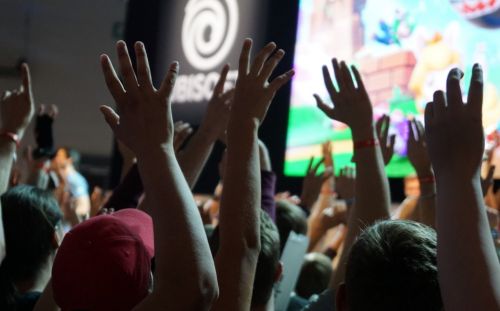 Below you will find the top 10 biggest gaming conventions from all around the world. We have included events in the Netherlands, the United States, and more. Keep reading to see those that made our list.

Tens of thousands of people flock to PAX South, locals and travelers alike. While attending the event, you will be able to play some of the biggest upcoming games, meet rising-star developers, and creators from around the world. This event is an all-ages convention that will bring YouTube stars and the biggest names in game development together under one roof. When you visit, you will enjoy panels and even enter giveaways.

The European Game Showcase at GDC is an event where more than 30 European developers will show their new games to the press and public for the first time. Even though this is an invite-only event, it’s great to try to get on the list, especially if you’re a developer.   EGS 2020 is cancelled for this year due to the coronavirus pandemic but we hope it returns in 2021.

If you find yourself in England in early April, you must check out Side Quest. Side Quest is a free event that is even live-streamed if you can’t make it. This event is aimed at people in the age range of 14 to 21 looking to become a part of the gaming industry. Those who attended will hear inspiring career stories, watch game design masterclasses, and even get amazing tips from UK gamers.

INDIGO is one of the most popular gaming conventions in the world. This year it will be held on June 26 in the Netherlands. This convention is organized by the Dutch Game Garden and strives to build the bridge between Netherland gaming and the rest of the world.

Overall INDIGO is a very unique convention compared to others on this list. It’s a great connection building event that gives people in the gaming industry a chance to connect.

Reboot Develop Red is a convention that is held in Canada. This year the event will be held from 21 to October 23 in Banff.

This event will showcase the premier and high-end games industry. It will even shine a light on North American game developers. There are an anticipated 110 speakers that will be attending.

Earlier this year, the White Nights Conference took place in Amsterdam. The reason why this yearly event is so popular is that fans have the opportunity to meet decision-makers face to face.

About 1,500 industry professionals in gaming are present at the event. These professionals include developers, investors, publishers, and representatives. While attending the event, you can attend a developer exhibition, deconstruction workshop, lectures, and networking workshops. This is an event that you won’t want to miss in 2021, so keep an eye out for where it will be held next in Europe.

If you’re someone who loves game soundtracks, then attending GameSoundCon is a must for you. This convention is the industry’s leading event focusing on game music and sound design. There will be over 100 speakers and panelists attending who either are or are representing the top names in the gaming industry.

On top of the music, GameSoundCon will cover other things such as the creative process, music design, and the business and technical challenges of game music.

Gamescom Asia is another even that will be taking place in the fall. This convention will be held on October 15 at the Suntec Convention & Exhibition Centre in Singapore.

This is the first satellite event of the world’s largest gaming and video game festival. Gamescom is known as the premier platform for developers in Asia and allows them to explore global partnerships. Over 30,000 people are expected to attend this highly anticipated event.

If you’re looking to attend the largest game show in the world, then you’ll want to get your tickets for the Brasil Game show that will take place in the summer. There are about 300,000 people who attend this show for the latest and greatest gaming news.

Cosplayers and gammers unite with developers and Kickstarters to get the latest information on upcoming and even fan-favorite games. This event will attract developers who are new to the industry and seasoned developers alike.

The Tokyo Game Show is probably the second-largest gaming convention in the world. It’s well known and well-loved by every gamer over the world.

There is about 270,000 every year who attended to learn of new games, check them out, and get the latest gaming news. This event is known for announcing release dates for games that are currently in production, which means it’s a significant event for a lot of gamers to see when their next obsession will be coming out.

Check out the Biggest Gaming Conventions in the World

For more gaming information, be sure to check out the rest of our website.