Video games have amazing potential as team building activity, and since it is safer indoors these days, they can be the perfect replacement for any team building activities that might have been planned and cancelled recently. In case you have not played a video game in a long time, here is why you should consider picking up the hobby for the sake of better team management! 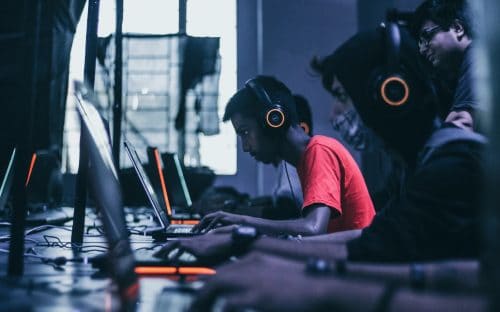 Teamwork is a Term that Originated from Sports and Games

Be it a game of football, rugby, or Counter Strike – Global Offensive, teamwork finds more meaning in those activities than it does in regular office work. You cannot win a game of football or be the last surviving team in Player Unknown’s Battle Grounds (PUBG) unless there is flawless communication and cooperation between all members of a team.

Now, teamwork is essential for any business to be successful as well, but it is much harder to build without introducing a cohesive element between the team members first. One may argue the work itself should be all the cohesiveness any team needs, but speaking from a practical point of view, not everyone loves the work that they do! Video games, on the other hand, are perceived as entertainment, but they simultaneously foster a sense of competitiveness and team spirit as well.

The Perfect Team Building Game for Your Office

There are some universal hits that you can rely on for impressive results, but we will get to that soon. However, the final decision should be much easier if you know exactly what your employees are thinking. Introduce the idea of playing video games together in the office, for both the sake of entertainment and team building. Do so just before conducting a business culture survey, and make it a part of the questionnaire to know which games people want to play the most.

A business culture survey is primarily created and conducted to help companies stay in sync with their employees’ morale, productivity, level of engagement and wellbeing, so the fact that they themselves will be deciding which games to play every month, would eventually become a small part of what creates that empowering business culture.

The Best Video Games for Building Teamwork in Office

A comprehensive list would be too long, as most hit games with cooperative elements are generally good team builders as well, but these are proven to be the best fits for what we have in mind here.

If you are familiar with video games and believe that other games not included in this list have the potential to help your company’s teamwork develop, keep them in mind too, and include them in the next survey to find out what the office wants to play.