Let them fight. Please, for the love of all that is holy, let them fight. That’s all you wanted to see. For the majority of the film, however, that’s not what you see at all. This remake of the 1954 classic really wanted to play hide and seek when it came to our Godzilla and the monsters he fights. This is a movie about finding out the truth, no matter the cost. Unfortunately, the truth turns out to be two giant bugs. These MUTO’s having a craving of the nuclear nature and will stop at nothing to find each other. Godzilla is on the hunt and, when he’s actually on the screen, it is completely satisfying. While Godzilla might not be groundbreaking, the movie that is, it does show a lot of promise for the franchise. Hopefully they take out the Transformer element in the sequel. While I don’t mind a human element being in these type of films, they shouldn’t take precedence over the main character. When everything is said and done, Godzilla provides a decent number of thrills and a final act that does not disappoint. 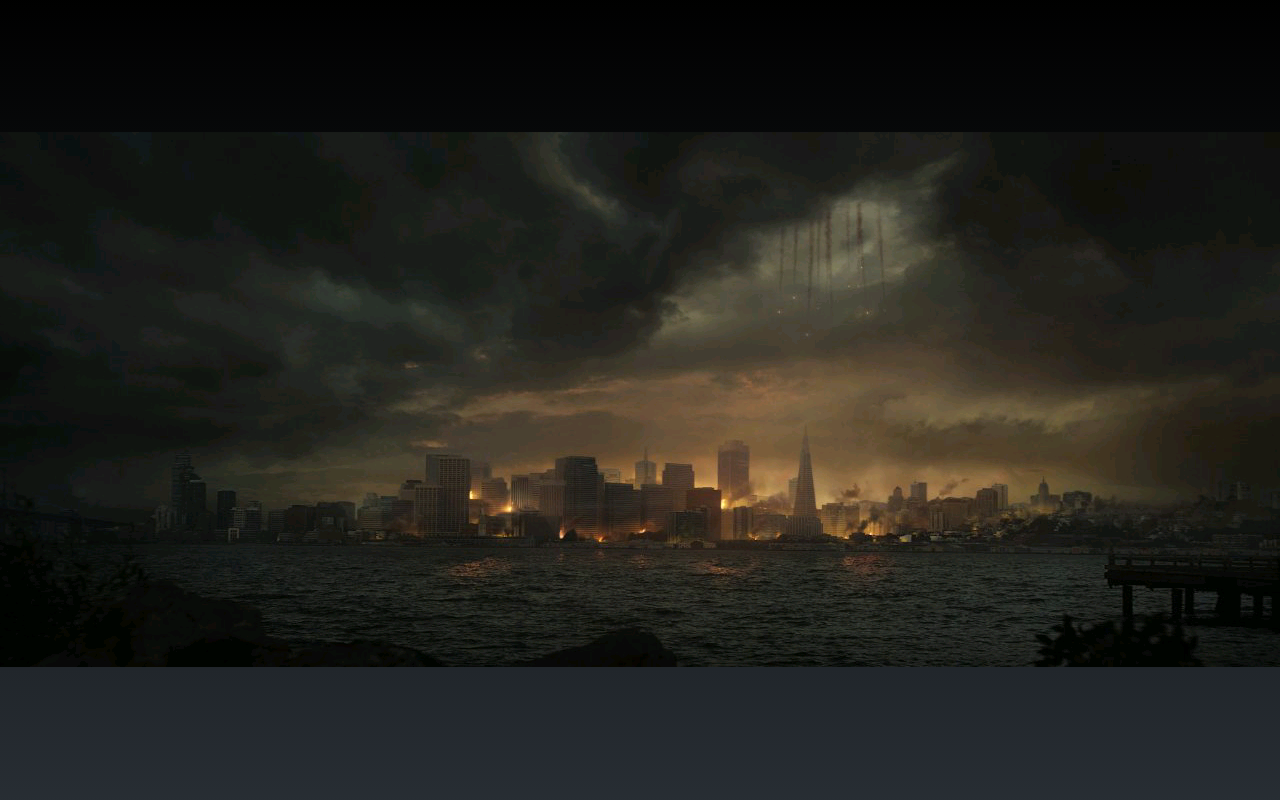 Let’s start from the beginning. We start off in in the Philippines in1999 where two Project Monarch scientists, Dr. Ishiro Serizawa (Ken Watanabe) and Vivienne Graham (Sally Hawkins) investigate a collapsed mine where they find a huge skeleton. There they come across two giant pods. One seems dormant, the other has hatched with a huge trail that leads towards the sea. In Japan, a nuclear plant has been experiencing seismic activity. Joe Brody (Bryan Cranston) and Sandra Brody (Juliette Binoche) arrive and the plant and while Joe attempts to meet with his superiors, Sandra takes a team to investigate. The recently hatched MUTO has reached the plant and causes a breach which releases a giganti plume of nuclear radiation within the plant. Joe runs down to attempt to save his wife, but the radiation moved too fast and he had to lock the team, with his wife, in. As the staff evacuates we see the plant being destroyed, collapsing all around. Cut to fifteen years later, we see a Ford Brody (Aaron Taylor-Johnson), Joe and Sandra’s son, arriving home from a fourteen-month tour in the armed forces. His wife, Elle Brody (Elizabeth Olsen) and his son Sam, meet him with open arms and after a brief, touching reunion for our young family they receive a call. Ford’s father, Joe, has been arrested. Ford decides to fly over to Japan and bring his dad back to San Francisco. Unfortunately Joe doesn’t have the same idea as he convinces Ford to go with him back into the quarantine zone to search for his data he left behind. After a small revelation and a meeting with a Japanese task force, we are back at the dormant pod. Just when you think things couldn’t get any worse, the MUTO hatches, causes mayhem and then flies away into the night. We cut to Hawaii where a Russian sub has been found. Not in the water, not even on the beach, but in the middle of the jungle. The MUTO consumes all that it can and then, just as it’s about to leave, an unexpected guest arrives. This is finally where we get our first glimpse at Godzilla and boy does he arrive in style. After causing a small tsunami in downtown Honolulu, Godzilla meets up with the MUTO and they briefly battle. The MUTO escapes the to sea and Godzilla is hot on their trail. While this is happening the other MUTO has been ravaging the nuclear storage facility in Nevada. It’s too late by the time we get there and we find out the two MUTOs are on a crash course for San Fracisco. All of this sets up for a stunning final fight between the MUTOs and Godzilla and the world will never be the same. 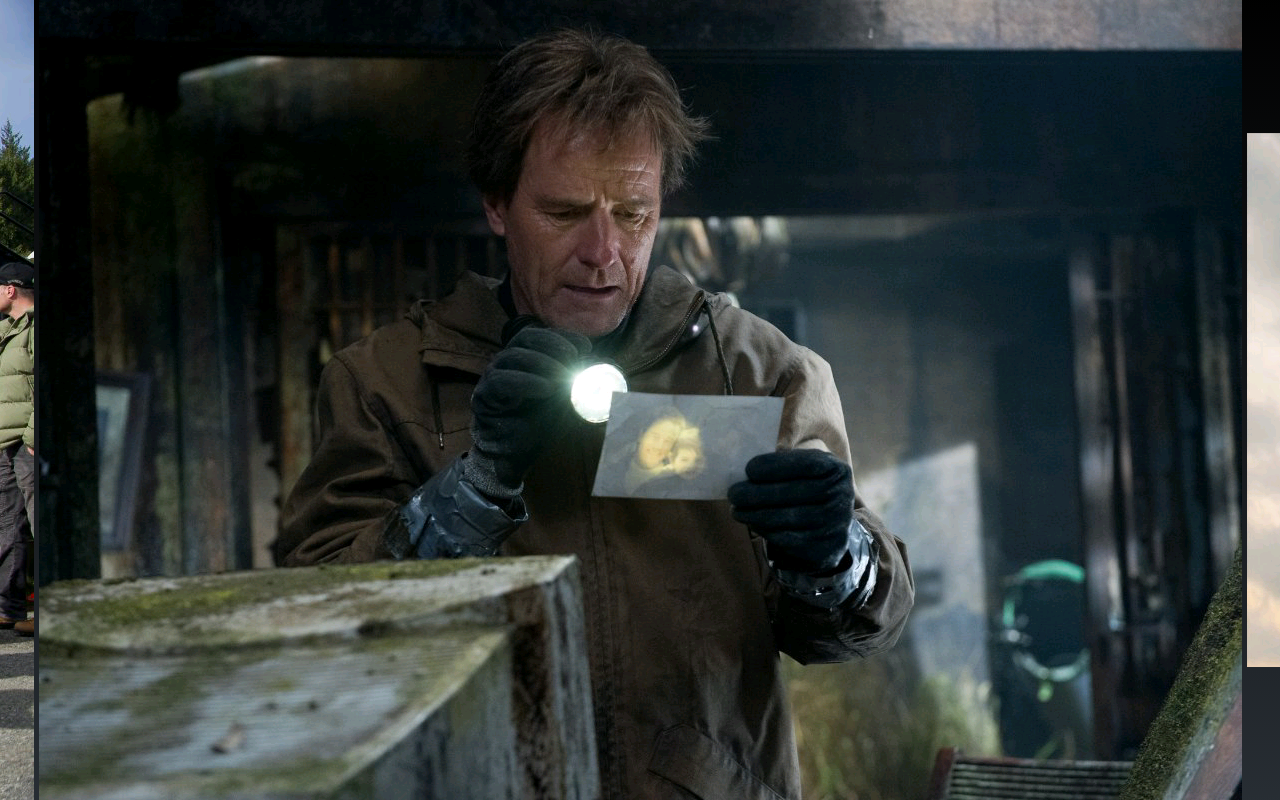 There isn’t much in the way of acting in this movie. A smaller main cast that is overrun by the story doesn’t really allow for much development on any one character. The most backstory we get is from Joe. Bryan Cranston shows off his acting skills and shows us why he’s still a big name. Outside of him the character we actually see the most is Ford. Now while I’m a fan of the Kick Ass movies and quite enjoyed his work in Savages, Aaron Taylor-Johnson didn’t really impress me. He was very bland and his emotions were non-existent for most of the film. This was probably the biggest downside of the movie. The acting wasn’t that great and because it didn’t involve that many scenes with Godzilla actually in it, it almost felt like filler. Any time Godzilla was the main focus of the scene all I could think is “I can’t wait for Godzilla to be in the scene.” Even Ken Watanabe couldn’t do much to save it. Mostly because he wasn’t in the film much but he did deliver arguably the best line in the entire film with “Let them fight.”

The special effects, on the other hand, probably saved the film. The creatures are terrifying and enormous. From the first MUTO we see with his sharp talon-looking arms and his intense wingspan to the second MUTO with her massive size, you can tell they are no joke. The scenery and all the buildings that are destroyed is very realistic if not a little over the top. Then there’s the star of the show, Godzilla. This towering, badass amphibian steals his own movie. From his monstrous roar to his deadly tail, every time he is on the screen you just stare in awe of him. His secret weapon towards the very end was absolutely stunning. I could watch him tear down his enemies with that for hours. 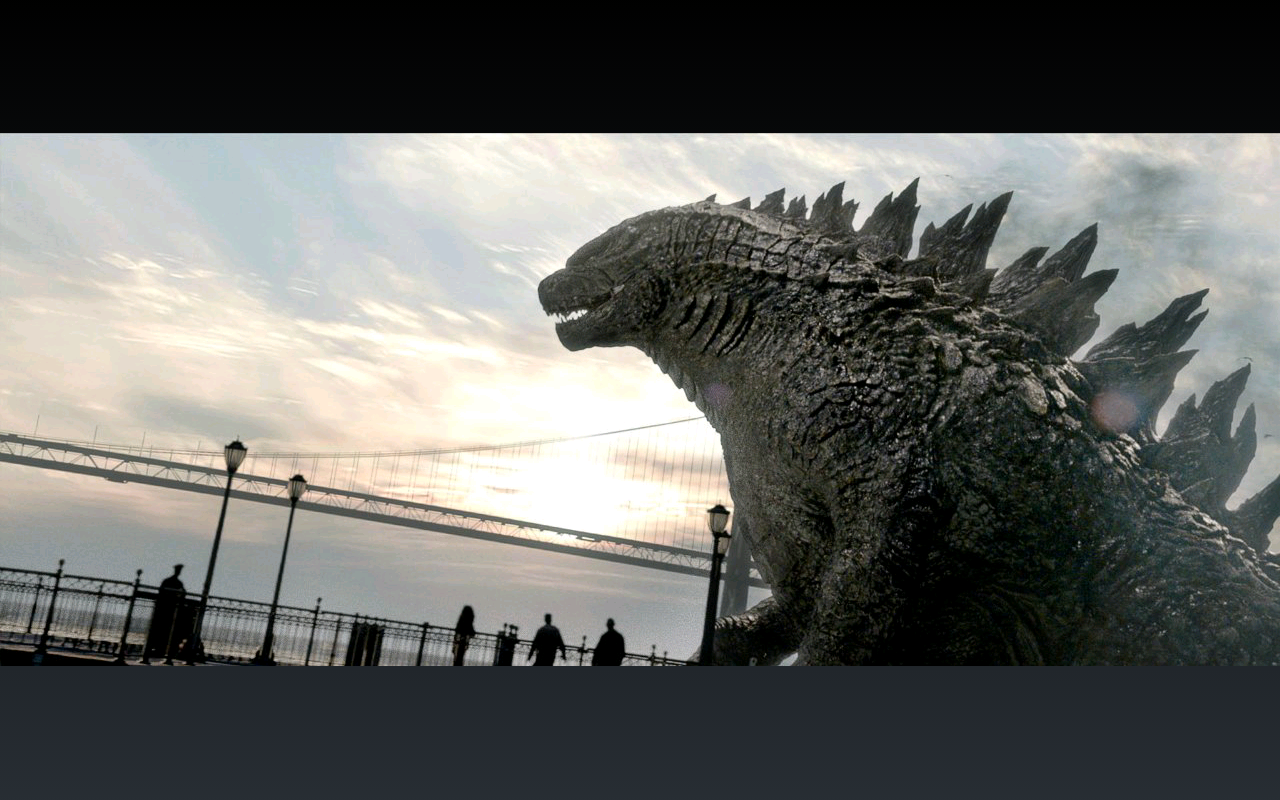 This isn’t anywhere near a perfect movie. But it does have decent enough acting and fantastic special effects to be considered a good movie. Gareth Edwards of Monsters fame, did a solid job directing his first major film. Even though he tried too hard to keep the suspense going by not giving us much Godzilla until the end, the payoff was still extremely satisfying. They successfully washed out the bad taste in everyone’s mouth that was the 1998 Godzilla. I’m not sure if that movie should even classify as an actual Godzilla film because that creature, whatever it was, wouldn’t stand a chance against the original or the new Godzilla. While I wasn’t impressed with everything, I’m definitely looking forward to the future of the Godzilla franchise. Seeing as they’re not planning another one until 2018, they’ll have plenty of time to get this one right. Hopefully, without as much human interaction.