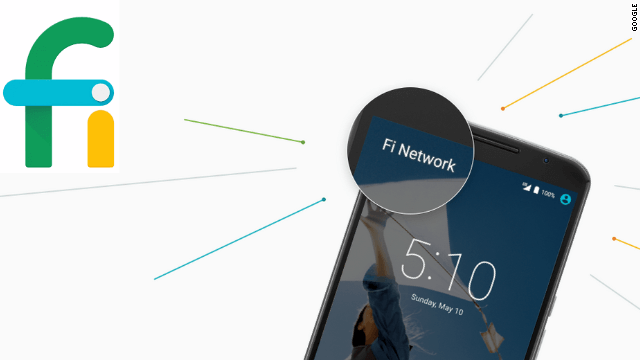 Hello readers, I have something a little different for you this time. Now we all know the major cellphone service providers; AT&T, T- Mobile, Sprint, Verizon… but have you heard of Google’s own, Project Fi? You may not have, but that’s simply because it is still fairly unknown, and semi exclusive.

Earlier in 2015, Google had made announcements of its new service, Project Fi. I had heard about it at the time, and just kinda shrugged it off. Google is always pushing out something new. There were many skeptics on Google’s ability to be able to offer a cell phone service, but nonetheless, Google prevails and takes another win in my eyes with Fi.

As straightforward as I can be, Google is not using its own cellular towers, which was a question thousands asked. Heck I even wondered what they were up to.
Nope, they just partnered with Sprint and T Mobile to automatically connect you to the best of the two 4G LTE networks, wherever that may be. Let’s make an example. Say you live in Houston, TX: Sprint would have a faster, more powerful network (example). Now, you take a vacation to Washington. Google determines that T Mobiles network is faster and more powerful, it will automatically switch you over to that network. Cool, huh? There’s only one setback. Only 3 phones support Fi. Nexus 6, Nexus 5X, and Nexus 6P. Yep, the only phones that support the network are Google’s own. However, fear not. It is believed that more phones in the future will support Fi (definitely Google’s future handhelds), but we will see. Google designed the phones around Fi, and designed Fi around the phones. That’s why these phones are able to switch between CDMA and GSM.
You can check out Fi’s coverage map here.

Google’s service is set right at $20/month for the basics (Talk, text, and MMS). Then, $10 per GB of data/month. I chose to have only 1GB of data a month, so my bill is $30 a month and tax. If I end up going over my set data, the extra data is still only $10 per extra GB. The cool part, I don’t pay for data that’s unused! Google: “for example, if your data budget is 2GB and you use 1.265GB, you’ll get a $7.35 credit.”, towards your next months bill. So, no paying for unused data. You get approximately one cent for every MB unused.

As always, Google’s support is exceptional. They have even made a support group specifically tailored to Fi. What’s even better, the support is available full time, 24/7. You can chat online with them from your computer, send them an email, or call them up. Being that Project Fi is not overrun with customers, the wait times are very slim or simply non existent. When I checked out my bill the other day, I noticed I would owe close to $50 instead of my $30, and wondered why it was so much. I called support and the man I spoked to was very polite and friendly, and explained to me that the extra data you use on LAST months cycle, is charged on the next months cycle (you pay in advance for service). Support is 5/5. Well done Google. Excuse my own ignorance (chuckles awkwardly).

The Project Fi app: Google designed a very simple, easily navigated app to companion your service. The app itself is your own personal customer representative. You can check and pay your bill, contact support directly, set alerts for bill pay, change your account settings, check your data usage, and more.  It is very convenient and useful. Here are some in-app screenshots: 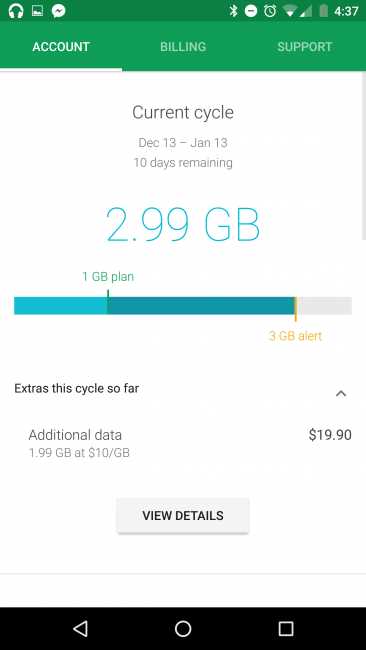 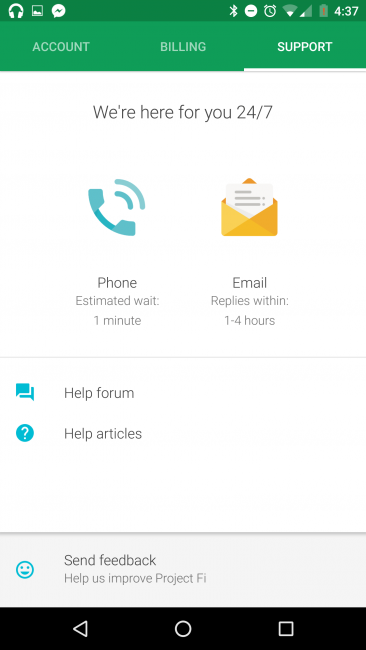 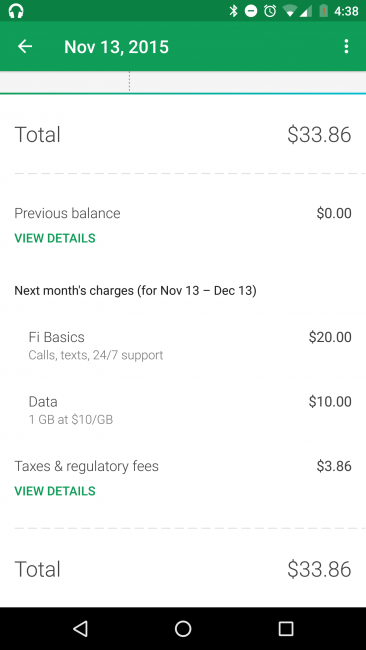 Transferring your number: One of the biggest concerns about transferring to a different provider is if you’re able to keep your number. Yes, Project Fi has that covered, and a rep will even assist you in doing so.

Bring your phone: If you already have a Nexus 6, Nexus 5X, or a Nexus 6P, you can bring it right over. Also, Google is offering $50 off the 5X or the 6P when you sign up for Project Fi. You have to be invited to join Fi, but you can request an invite. I requested my invite and received it by email a few days later, so there was no long wait time.

Wi-Fi Calling and texting: Whether you’re on your phone, your tablet, or even your Mac, if Hangouts is supported, you can text anyone. They’ll even receive it from your number. Google will automatically connect to your Wi-Fi and switch your calls and texts over to that. Google has already pre scanned thousand’s of Wi-Fi networks across the nation, and you’ll find yourself connecting to Wi-Fi without you ever scanning and hitting connect yourself. Now that’s sweet. I have had some issues with dropped calls when I’m switched over to Wi-Fi, but that’s more my internet provider than it is Google.

Google’s Project Fi is turning out to be a very solid, reliable service. However, there are a few kinks that need worked out.
Whenever Fi recognizes a Wi-Fi connection is lost during a call, it tries switching back over to cellular reception, but every time it has attempted this, I lose the call. It turns out to be frustrating, and it happens with every Wi-Fi I connect to, not just my own. Also,while connected through Wi-Fi, 2 out of 5 times, my texts fail. If you’re a heavy texter like myself, you’ll find yourself annoyed ever so often.

Google has schemed up something smart this time around. Fi will catch on, mark my words. It may be a while, but you will see its growth. Fi is cheap, straightforward, it has phenomenal service and support, it uses two providers, and its Google. Even though only three phones are supported, with future phones in the making, I almost believe that is Google’s intention. It is, in my eyes, kind of a gift to Google’s loyal customers and fans. Oh, and for Christmas, I received a present from Fi. A new USB Type C cable and Lego dock for my phone were sitting on my porch when I came home from work. Thanks Google, you da best.  For a new service especially, they have definitely impressed me with the service and support I have received!

Head over to Google’s Project Fi FAQ’S for more information, and a place to get your invite. Peace out guys.