Do you remember any music from the HL series before Half-Life: Alyx? You probably do, but in a weird way. It’s obvious that some music was in the game, but you probably cannot remember any specific track of melody. If you’d buy a HL game key right now and play through the whole game again, your impression would probably stay the same. This relative absence of music in the Half-Life series is an integral part of the games’ design, not a result of any budget cuts. At the same time, there is a feeling that the soundtrack decisions for these games are just… Right. They don’t need any improvements and have aged very well. Why is that? 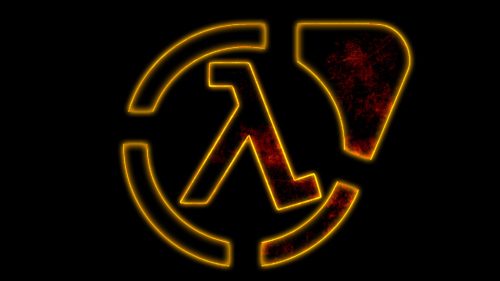 The first-person shooter boom which emerged as a result of Doom and Quake releases has spawned an entire genre of so-called “boomer shooters”. Although this label is a bit condescending, there is a grain of truth to it. Typically, some kind of music would accompany the player throughout almost every level in an FPS game. The tension of tracks like these is always well-balanced — they are meant to provide a sonic background and not a foreground material, but nevertheless they are always present.

Take DOOM, for example. It’s a game packed with lots of action, and its every element is designed with the intention of pumping that action up. The same goes for its soundtrack, which is present from the beginning until the very end. Basically, there’s almost no moment in this game which is not accompanied by music. This manner of sound design has been present since the release of Wolfenstein 3D and DOOM (both of these games are available on Gamivo, check them out!), and continued for many years due to the popularity of DOOM clones. But this was changed with the premiere of Quake 1.

Although the soundtrack for Quake 1 is still quite substantial, its implementation in the game differs from DOOM. Yes, you guessed it: it’s not always present. As a result, wandering through dim corridors and hunting for Shub-Niggurath has become a lot scarier than slaying waves of monsters in DOOM to the accompaniment of rock music. Because of this design decision, player‘s senses are sharpened, and he’s more susceptible to jumpscares, surprise monster attacks and overall atmosphere. The overall player experience is deeper and more meaningful despite the diminished amount of stimuli.

Pushing ascetic sound design to the limit. The case of Half-Life 1

Let’s imagine that you’re playing Half-Life for the first time. You got a game key and you’re going through the whole game with a stopwatch. The average length of this game is usually around 12 hours. But when you open the game’s soundtrack, you’ll easily notice that the HL1 soundtrack lasts for about 35 minutes. And no, there are no looped tracks. It turns out that less than 5% of the game is accompanied by music. Why is that?

First of all, very consistent with the ascetic Gordon Freeman’s perspective. The main character himself does not speak in any way at all, he doesn’t even produce any sound during the whole game. This design decision was made, allegedly, for players to more easily identify with the main hero — to fill him up with every individual gamer’s personality.

The same goes for music, which is a traditional element of narration in media and arts (TV, some theater plays, movies and so on). In every case, in-game music is an interpretation of the setting provided by the game itself and, in a way, limiting the player’s input. On the other hand, of course, the player cannot compose his own soundtrack for the game. That’s why the OST was reduced to absolute minimum and put only in the most important moments of Half-Life 1.

Kelly Bailey — the genius behind it all

A programmer himself, Kelly Bailey was responsible for all the audio design for Half-Life 1, HL2 and the Episodes (all available on Gamivo). He composed all the music for the HL series with the exception for Half-Life: Alyx and worked on sound effects for these games. This man alone created much of the creepy atmosphere which is loved and adored by the players. Recently, Valve has uploaded all his soundtracks to the Spotify platform.

OST to Half-Life and its sequels are mostly synthesizers and other electronic instruments. There is no information online about recording sessions for any piece composed. Thus, Bailey’s creative process remains quite a mystery.

Kelly Bailey left Valve in 2011. He was replaced by another composer — Mike Morasky, who wrote simplistic yet inventive music for the Portal series. He also composed the soundtrack for Half-Life: Alyx, which turns the HL audio design decisions into a completely different direction. It became a more important element of the narrative itself — there is simply more audio material in the game. Furthermore, the music is a little more “mainstream”, but not in a bad sense of the word. It contains clear and audible tensions and resolutions, perfectly fitting the dystopian City 17.

Some players disagree with his choices. The truth is that the franchise has changed a lot, and its music had to go with it. There’s nothing wrong with change, as long as it does not harm the game. And it may be true that less “absent” music might work well for such an immersive experience as VR.