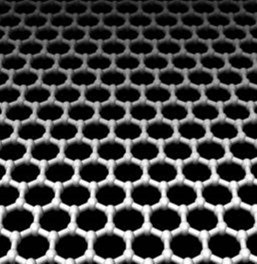 It’s so flat and thin that it’s considered two-dimensional, but it’s 200 times stronger than steel. It conducts heat and electricity, and it has the potential to cure cancer, accelerate the Internet, revolutionize electronics and even reverse climate change. No, it isn’t science fiction — it’s a material called graphene. The two scientists who isolated it won a Nobel Prize. Now, graphene has the potential to be as revolutionary as plastics or silicon.

So much chatter about technology today concerns the kinds of cyber attacks that could cripple the world economy and infrastructure. While these concerns are absolutely relevant and advanced network security solutions are needed, too little time is spent discussing the greatest technological game changers of our time. Indeed, graphene may change the world.

Graphene is a layer of graphite that has the thickness of one atom. It’s transparent, yet so dense that an atom of helium cannot pass through it. In 1947, P.R. Wallace wrote about graphene, using it as a textbook problem in solid-state physics. J.W. McClure wrote a wave equation explaining graphene’s excitations. Finally, in 2004, Andre Geim and Konstantin Novoselov at the University of Manchester, U.K., isolated a layer of graphene from a graphite crystal using, of all things, Scotch tape. They lifted some layers of graphite and placed them onto a silicon substrate.

Geim and Novoselov used optics to highlight some structures consisting of multiple layers and a few consisting of single layers. The single-layer surfaces were identified as graphene. After the researchers published their findings in the October 2004 issue of Science, a flood of researchers began attempting to use different methods to extrapolate graphene. Some scientists tried burning silicon carbide (SiC), which consumed all of the silicon and left a thin layer of carbon behind. Another group attached a graphite crystal to the tip of an atomic force microscope. By dragging the graphite over a surface, they produced thin layers of graphite down to approximately 10 layers. 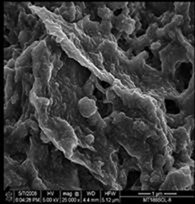 How Will Graphene Be Used?

According to Geim, most discoveries take about 40 years to transition from the laboratory to the manufacturing floor. However, many companies are already prototyping products using graphene, and governments are spending billions to research the material. Scientists have hypothesized a wide range of applications for graphene. These include:

· Digital devices. In addition to being used to create flexible phones and tablets, graphene may enable digital devices to be implanted in almost any surface, including walls, windows and even fabric. Also, because graphene is both transparent and conductive, it could be used in touchscreens.

· Medical applications. Researchers hope that graphene will enable scientists to construct better biosensors. It may also play a role in faster, cheaper DNA sequencing and in advanced therapies for cancer, Alzheimer’s and other diseases.

· Green energy. Solar cells made of graphene could be significantly more efficient and cheaper to produce than today’s photovoltaic cells. Also, graphene could expand the energy storage capabilities of fuel cells, batteries and supercapacitors.

When Will Graphene Come to the Market?

The biggest challenge to tapping graphene’s potential is the difficulty of extracting a one-atom-thick layer of graphite. So far, the only truly successful method has been mechanical extraction, or what scientists have affectionately dubbed, “the Scotch tape method.” A startup out of the University of Pennsylvania called Graphite Frontiers recently received a National Science Foundation grant to create a manufacturing technique that would produce graphene using a roll-to-roll process. The company is trying a chemical vapor deposition technique to go after the Holy Grail of mass graphene production.

In the meantime, companies are utilizing polycrystalline graphene, or graphene in multiple layers, for advanced composites and radiofrequency transistors. Research continues into the many possibilities of monocrystalline graphene, or single-layer graphene. For example, researchers from Exeter and the University of Bath announced that they had created an optical switch that could increase Internet data transmission speeds by as much as 100 times.

When scientists and businesses finally discover how to mass-produce graphene, silicon chips may become a long-forgotten relic. Graphite-rich countries like China and Canada could become the world’s biggest economic and technological superpowers.

Erica is a contributing writer and entertainment reviewer both online and for several local publications. You can follow her on Facebook here.