So I saw when I opened SteelSeries Engine that there was a firmware update for my Arctis 7 and I plugged it in via USB and let it rip.  Unfortunately it hung barely after moving the progress bar and I had no choice but to kill the software and unplug the Steelseries Arctis 7 but then my headset was a useless brick. It no longer could connect to the PC via USB or sync with the base station, my Arctis 7 headset was dead after attempting a firmware update and I was pretty stressed out about it being the fact that I dropped $149 on the headset.

Fortunately, there is one trick that worked and the company built in a hidden factory reset for the Arctis 7 headset, the firmware is stored on the headset and can be factory reset by following these instructions.  You will need a very thin paperclip or thumbtack like a T tack pin, the pin hole is very small and a large paperclip even is too thick to reach in deep enough to click the reset button.

First take off the foam cover of the left earbud of the Arctis 7, this is the one with the microphone.

There is a very small circular hole near the center area, note this isn’t the screw hole, it is smaller so make sure you poke your pin in the right hole. 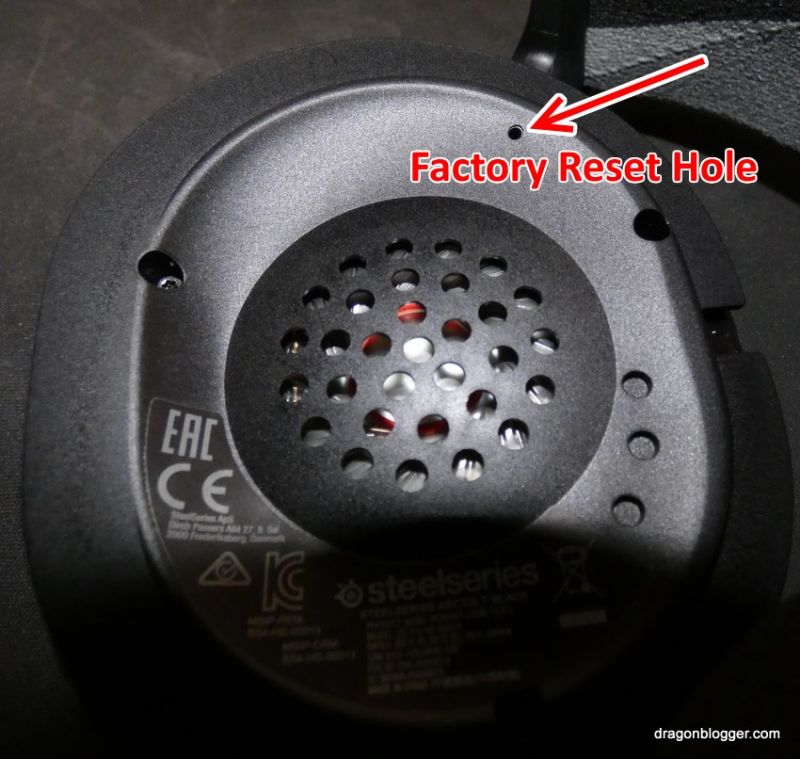 Press your pin in gently and you should feel it click or depress when you press it in, it is pretty far so make sure you press in slowly.  Sometimes you have to try adjusting the angle in case you miss the button to do the factory reset so try until you are sure you feel it press like a button, then hold for about 20 seconds. 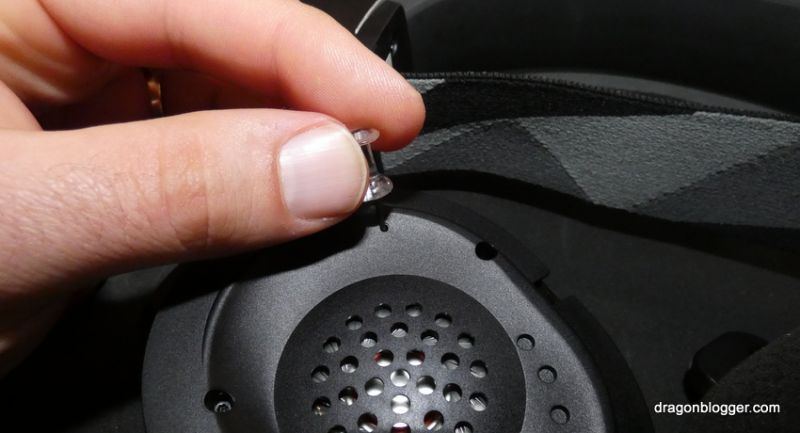 If your Arctis Series 7 headset had a green light on it, then it should shut off by itself.

Leave the Arctis Series 7 headset off and set the base station back to pairing mode by holding the button on the side for 6 seconds.

Hold the power button on the Arctis 7 headset until it not only comes on, but pairs again with the Arctis 7 base.

If you need confirmation it is all working, use your sound panel and Steelseries Engine software to confirm the headset is recognized.  Note, you should only use the USB cable that came with the Steelseries Arctis 7, I have confirmed that some of my MicroUSB cables were incompatible unless I used the original MicroUSB cable that came with the headset.  Others reported this as well, so sometimes the MicroUSB cable could be the issue with your PC or software not detecting the Steelseries Arctis 7 if you aren’t using the original cable as well.

Was reading on forums that firmware updates can brick Arctis 7 headsets and this was a common issue, ironically I searched on Steelseries site and looks like the have new models of headsets now the Arctis 7 is no longer a standard model being replaced with the supposedly better and much more expensive Arctis Pro Wireless headset which is 2x as much as the Arctis 7 though has a significantly more feature rich base station with optical input options as well.

Now my headset was only 9 days from being 1 year old, so technically it should have been under warranty if I didn’t fix it, but I didn’t have to test Steelseries Support since the firmware reset of the Arctis 7 headset worked and I was thankful for that. 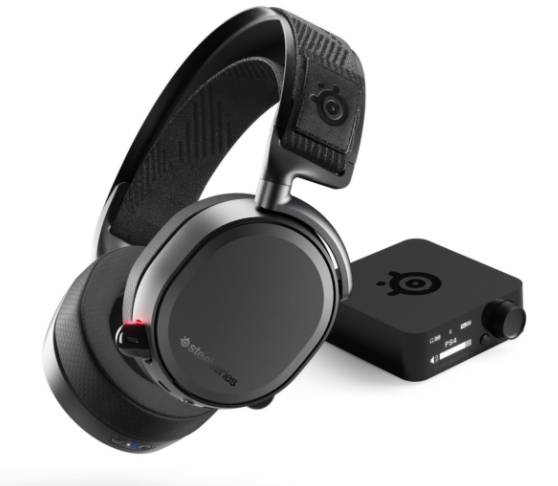