Whatcha’ gonna do when Hulkamania runs wild on you? Well, you won’t necessarily have to do anything when he won’t be in WWE 2K16. 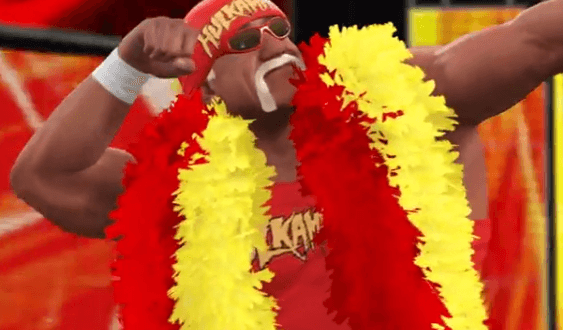 Following the racial controversy, WWE has also taken steps to ensure its PR remains intact. And among these steps, cancelling his contract and removing him from the Hall Of Fame are included. When a contract is cancelled it means that all of the merchandise i.e. shirts, toys and etc which bear Hulk Hogan’s name or anything related to him will be removed. WWE also ensured that Hulk Hogan wouldn’t be in the 2K16 roster and will remove all footages and videos of him from their website and YouTube channel. To rub salt into the wounds, Hulk Hogan wasn’t even publicly announced for the 2K16 roster and yet was removed so soon. 2K shared this statement: We are highly respectful of the way that our partners choose to run their business and manage our partnerships accordingly. We can confirm that Hulk Hogan will not appear in WWE 2K16. It was all in the news that this time around in 2K16 the game will be having the largest roster with around 120 unique superstars. Let’s see what will happen to the Hulkamania’s spot in the roster.