LONDON March 19, 2019 – HyperX®, a division of Kingston Technology Company, Inc., announces their sponsorship for Season 7 and 8 of the Esports Championship Series (ECS), FACEIT’s premier CS:GO tournament. The ECS Season 7 Finals take place at the SSE Arena in Wembley, London on the 8th – 9th June 2019. Season 7 is in full swing with defending champions Astralis, who have been crowned the victors of ECS for two seasons consecutively, and North American underdog Rogue securing their spot at Wembley and the broadcast hitting a new record with over 90k concurrent viewers all in Week One. 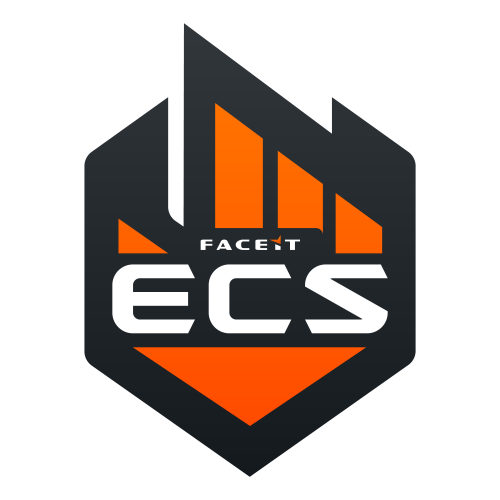 Having previously sponsored the FACEIT London Major, HyperX, whose legacy spans more than a decade in gaming and esports, partners with FACEIT once again as the official keyboard, mice, mouse pads, DRAM and SSD sponsor for ECS. The partnership will include a special HyperX segment at the end of each game called “XFactor Play of the Game”, where ECS broadcast talent will discuss the best play of the match.

“We’re delighted to partner with HyperX once again,” said Michele Attisani, Chief Business Officer and Co-Founder of FACEIT. “The team shares the same passion we do for developing the esports scene from the community and grassroots upwards. We’re always looking for ways to organically introduce our partners into the broadcast and we’re excited to work with HyperX to produce a brand new show that complements our efforts to create content that is engaging and entertaining.”

ECS is FACEIT’s own independent CS:GO tournament league and one of the most prestigious events in the esports calendar. The ECS Season 6 Finals was the most watched CS:GO livestream ever broadcast on YouTube with 3.2 million hours watched. Season 7 Finals will see the world’s best CS:GO teams descend on the SSE Arena once again to compete for the ECS Season 7 title, and the lion’s share of the $500,000 prize pool.

“HyperX is excited about sponsoring Season 7 and 8 of the Esports Championship Series (ECS),” said Stephanie Winkler, strategic marketing, HyperX. “Fans of ECS are always enthusiastic and passionate about their gaming and the gear the use. HyperX appreciates this passion and provides them with the best gaming accessories for the final stage of a tournament and everyday gaming.”

Tickets for the ECS Season 7 Finals can be purchased here.

For more information on the Esports Championship Series, visit ecs.faceit.com or follow the league on Twitter (@ECS).

HyperX is the gaming division of Kingston Technology Company, Inc., the world’s largest independent memory manufacturer, with the goal of providing gamers, PC builders, PC, console and mobile power users with high-performance components. For 16 years, the HyperX mission has been to develop gaming products for all types of gamers – high-speed memory, solid state drives, headsets, keyboards, mice, charging accessories for console players, USB flash drives, and mousepads – to the gaming community and beyond. The award-winning HyperX brand in known for consistently delivering products that deliver superior comfort, aesthetics, performance, and reliability. HyperX gear is the choice of celebrity ambassadors, pro gamers, tech enthusiasts, and overclockers worldwide because it meets the most stringent product specifications and is built with best-in-class components. HyperX has shipped over 60 million memory modules and 7 million gaming headsets worldwide.

Join the global #HyperXFamily at facebook.com/hyperxcommunity, learn how HyperX products can enhance your console experience and boost performance for both you and your PC, console or mobile device at hyperxgaming.com. Whatever your skill level, whatever genres you play, we embrace all gaming enthusiasts everywhere with our core belief — We’re All Gamers.

FACEIT is the largest global esports platform with more than 12 million users playing over 15 million online game sessions each month. The platform serves players, organizers, influencers, communities, brands and publishers who use FACEIT to create, expand and manage a highly engaged competitive community of gamers from grassroots to pro level.

Our Media division produces over 1,000 hours a year of premium esports live content and events, owned and operated as well as in partnership with the likes of NBC Sports (Comcast), NHL, Sky, Turner Sports (ATT/TW), ESPN (Disney) and more.