Interstellar Space: Genesis – a spiritual successor to Master of Orion II: Battle at Antares and other classic 4X titles from the ‘90s – is launching July 25 on Steam!

The game is the brainchild of Adam Solo and Hugo Rosado of Portuguese studio Praxis Games – the team behind well-known sci-fi strategy website SpaceSector.

Interstellar Space: Genesis takes classic turn-based space 4X strategy mechanics, adds in a few twists of its own, and tosses them in with several brand-new mechanics to create a truly unique entry into the genre. The game’s classic 4X gameplay – featuring modern quality of life features – effectively eliminates micromanagement as well.

At its core, Interstellar Space: Genesis is a turn-based space 4X strategy game in which you attempt to build a thriving galactic empire. Discover mysteries among the stars, colonize procedurally generated worlds, and engage enemies in tactical turn-based combat on your journey to becoming Ruler of the Galaxy!

You are among the latest, and perhaps the last, of the challengers to undertake this great journey into the stars. While the universe may be ancient, you and your rivals are still young. As you compete with others for control of the galaxy, participants far older and more powerful than you watch from a distance – their true intentions covered in shadows. It’s time for you to prove that your Empire deserves to rule this galaxy, once and for all. You may prove worthy after all, but worthy of what? It’s up to you. 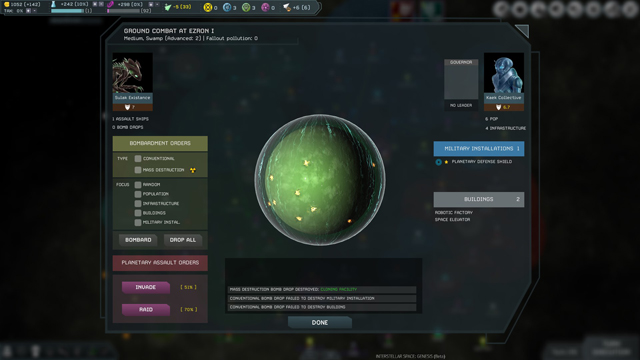 Founded by Adam Solo and Hugo Rosado (a.k.a. MalRey), Praxis Games was born from a shared passion for PC games – in particular, strategy games with a focus on single-player. The studio aims to deliver games everyone wants to play, again and again. To learn more about Interstellar Space: Genesis and Praxis Games, please visit https://www.interstellarspacegame.com and https://www.praxis-games.com.