I love Logitech webcams and the higher end models know no equal in my opinion and I have been a huge fan of my Logitech C920 webcam for the over a year I have been using it to record many of my Dragon Blogger YouTube Videos.  So I was excited as heck when Logitech was willing to sent us the Logitech C930e which is listed as a business model webcam in part because of it’s expanded viewing angle which make it ideal for fitting in multiple people at a conference table for group web cams, but I also knew that when showing products to the camera, the extra viewing angle would be a boon as that means there is more room to hold my products beside me without them blocking my face or half the product hanging out of view of the webcam.

First off I noticed the C930e comes with a really great lens cover, which I didn’t remember to show in the video, so here are some pictures.  This allows you to easily close the cover and protect yourself for being spied on should your webcam be compromised and if you are not like me (I unplug the webcam when not in use) then I suggest you always close the cover when you are done recording. 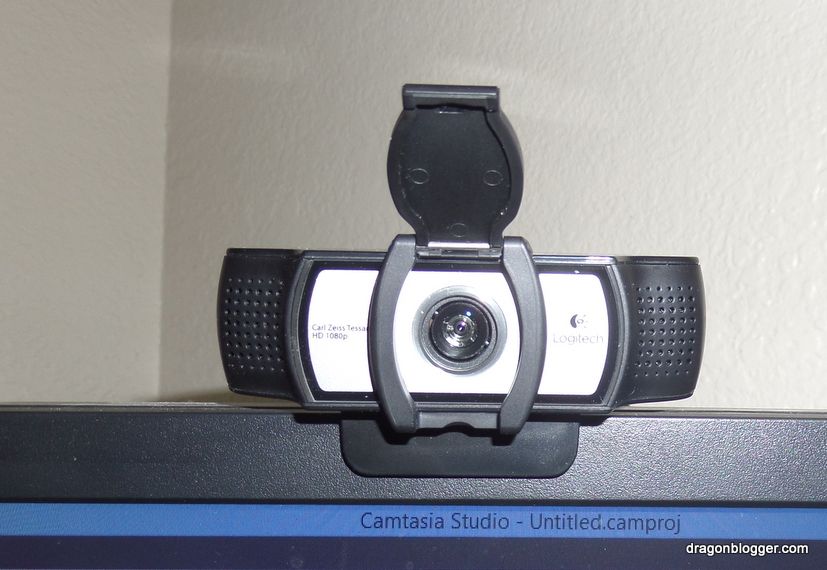 Now after using the camera and experimenting for a while, I determined that the Windows Camera App was the easiest to use and get full 1080p out of the Logitech C930e. 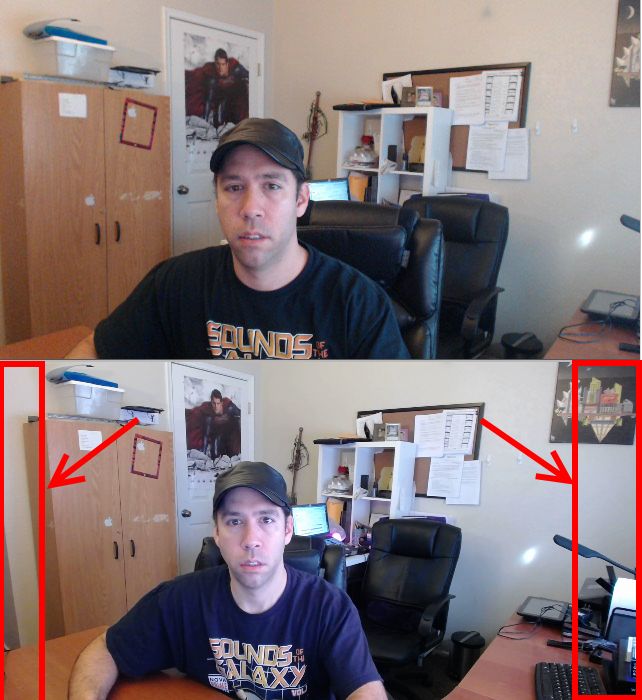 You can very clearly see not only does the C930e lens pick up more light but the image is sharper and more crisp, on top of that you can see outlined by the red rectangles how much extra space is visible with the C930e that you can’t see with the C920 both were zoomed out to their max viewing range.  Overall the Logitech C930e outperformed the C920 in every test I ran including providing better still images, better video and the wider angle of course was the big bonus.

In my testing of various webcam software the Windows Camera app does not allow you to disable auto-focus like the Logitech Webcam software does, so this is a negative when moving products around in the air as the autofocus tries to track and keep up which can blur out your face, I continue to experiment to find the best software to take advantage of the Logitech Webcam C930e and yet still provide all the features of the Logitech Webcam software which worked so well with the C920.  OBS is a great and powerful product and free for recording but is very complicated for most users and the video files it produces aren’t natively compatible with Camtasia Studio, so it requires you to handbrake convert the files to an mp4 that Camtasia can read first which is annoying, at least Windows Camera app products mp4 files that Camtasia Studio can read and process natively.