Logitech had sent us one of their top of the line wireless gaming mice the G602 for us to test and review here at DragonBlogger.com and I can tell you that this is my new favorite gaming mouse and easily usurps the G700s which was my previous gaming mouse. 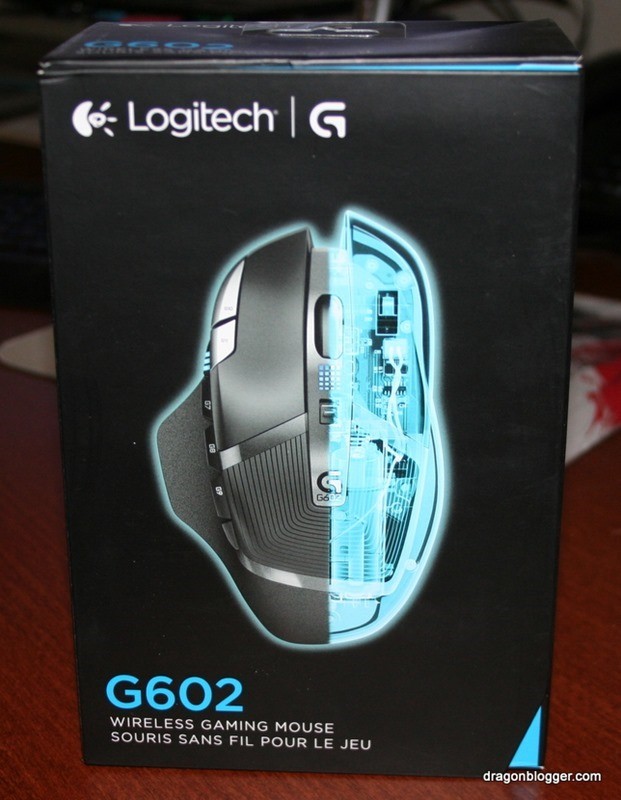 The first thing you notice about the G602 Wireless Gaming mouse when you unpack it is the 6 thumb buttons on the side which can be daunting but take a surprisingly short amount of time to get used to.  I had my thumb expertly navigating the 6 buttons in no time while playing PVP in Guild Wars 2 and it only took about an hour for my thumb to be trained, though each time I used a different hotkey assignment it required a little re-training. 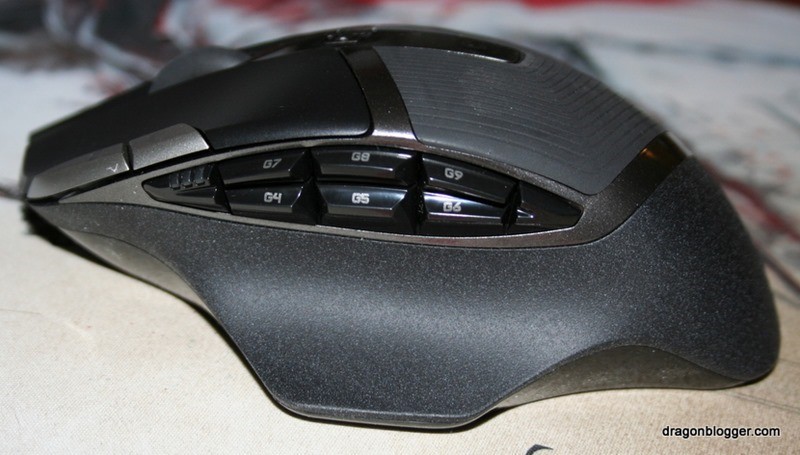 The DPI settings span 5 settings and you can adjust however you like for precision accuracy, this allows you to find the range that works best for a variety of games but I typically play at the 2000DPI setting myself for most games.

The mouse is extremely comfortable on the hand and you can stretch out your fingers or hold them closer in a claw like grip. 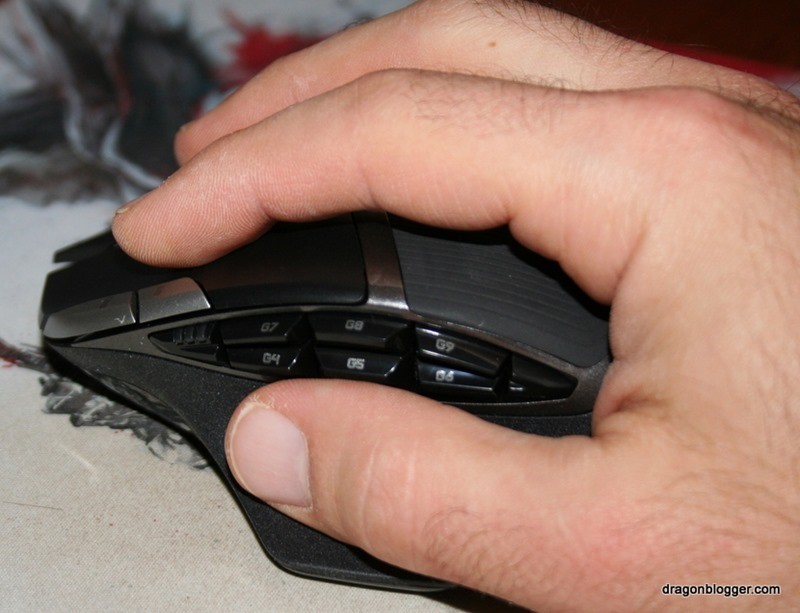 For a wireless mouse I couldn’t tell you any deficit, and the 500 reports per second between the mouse and the USB receiver means you won’t miss anything compared to a wired mouse.  In fact with all testing I could show no benefit over the G700s when hardwired to the G602 Wireless in performance. 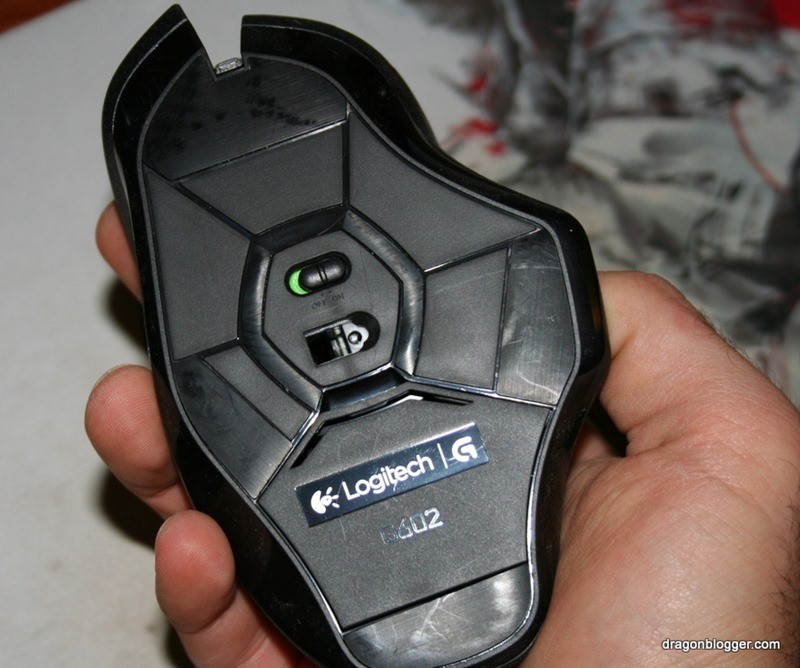 The DPI sensitivity is amazing and when the G602 is set to 2500 DPI, you can move from the left to the right side of a 1080p monitor with a 2cm mouse movement.  Which is far too fast for me to accurately play I blow way past my target and have to keep correcting, so I play way down at the 1500DPI range for most games, 2000DPI if I need really fast movements.

The G602 I left running in gaming mode and over 120+ hours of testing and no indication the battery is even close to being drained, it takes 2 standard AA batteries and promises 250 hours in gaming mode and 1440+ hours if you put the mouse in endurance mode making it so you will forget you even have to put new batteries in the thing.  It comes with regular AA batteries, but swap out for your favorite re-chargeables and you never have to buy new batteries.  Plus you don’t have to deal with an annoying dock or stand for it, or any wires at all for that matter. 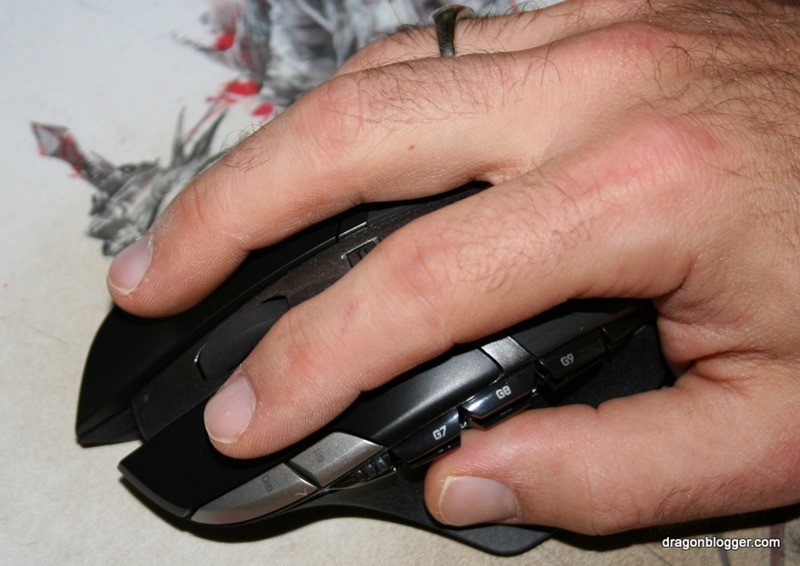 The mouse promises a 20 million click lifespan at least and feels so good in the hand, it is also medium sized and not nearly as large as some gaming mice that I have tried.  The texture thumb rest area is nice and the quality of the mouse is really felt just by holding your hand over it and using it.

I have reviewed over a dozen mice in the past 20 months or so, and I can honestly say that the Logitech G602 is my current favorite mouse for gaming and took this title from the Logitech G700s which was my previous favorite gaming mouse.

Pick one up today if you need a superior gaming mouse that doesn’t compromise on button configurations or battery life!

Disclaimer:  Logitech sent us a G602 Wireless Gaming mouse so that we can do a thorough and accurate review of the product.  The opinions expressed are 100% mine and mine alone.