I would like to introduce you to the Logitech C920 HD webcam which is arguably one of the best web cameras you can get for your laptop or desktop and has been for a few years. 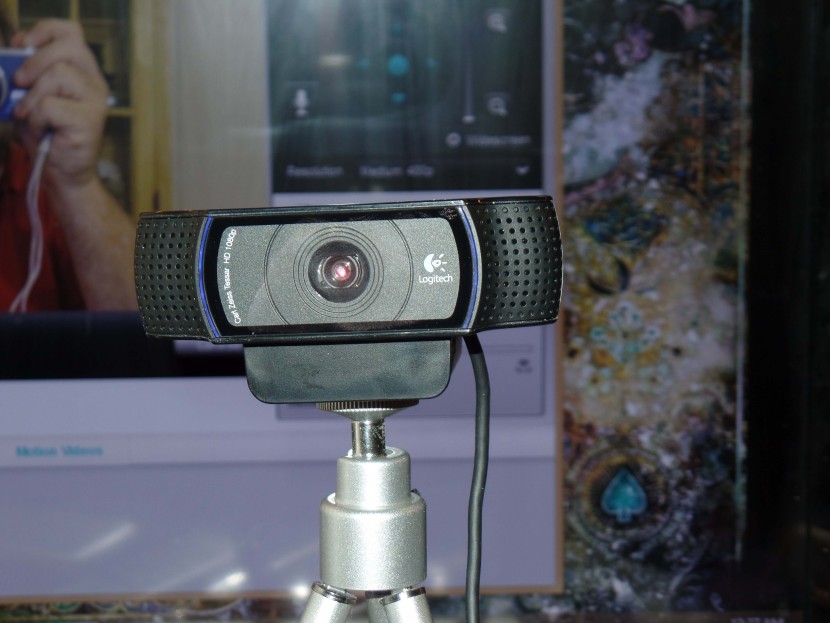 I tested out the video quality and have got to say I like it a lot. My old webcam which was the Logitech c-110 had 3 resolutions, this one has 4, and the top one is 1080p. Aside from that, there are a number of other options that make this web cam a bit different than others I have used.
One really nice feature, which may not be something you would think about is that you can turn the blue colored lights on the face of the webcam on or off. If you are wanting to see who is on your computer, or monitor a room, it helps if those in the area do not see the lights on and know they are being recorded. On my old cam, this option was handled with a piece of electrical tape.
Another feature I think has potential is, “Follow My Face”. It only works with the two lower screen resolutions. What it does is it tracks your face so that it tries to keep your face in frame as you move. It also zooms in on you which is very handy.
One other feature that is nice is stereo microphones. I tested this feature and it does pan the audio from left to right as you speak on different sides of the camera. While I currently do not have a use for stereo sound, it can be useful as it means you will most likely have solid voice recording while using the webcam. I am not going to say that the audio was better or worse than using a headset mic, or some other mic. It was a bit stronger than I expected which I liked.
Another great addition to this webcam is the ability to use a tripod to hold the cam in place. If you have one, this is nice, if not, then the fold out clip/stand allows it to be placed over your monitor, on the top edge of you laptop screen, or simply unfold it a bit and sit it on a flat surface. Personally I have found this last option less than desirable as often times the cord can cause the cam to slip and move without me wanting it to. (Although, this has not happened with this new cam yet).
So let’s spend a few moments looking at some of the features we have already covered. Full HD 1080p Skype video calls. Full HD 1080p recording. HD 720p video calls on other video apps. Sharp, rich color. Auto focus. High quality optics. Stereo sound. Stable clip mount. And lastly 15-megapixel snapshots. While we have talked about all of the above, we have not yet talked about the photo abilities.
I took several still shots, and liked the quality I got from them. They were crisp and clear and looked nearly as good as the ones I have taken with my digital camera. I will post a few for you to decide, and will list the resolutions of each.

Personally I think I looks good in… I mean they all look good. lol For me, I honestly do not see a big difference in them except for image size. So no mater the resolution, your sure to get a decent picture from it.  This is the standard webcam that most writers here at Dragon Blogger use for most in front of PC unboxing and video reviews, it works excellent with OBS and other video software for doing gamecasting, streaming where you want to use webcam video embed and works well with Camtasia Studio as well.