Fashion and video games have something in common – new trends that come and have the upper hand in the entire industry. Every year there are new game trends that publishers are chasing  to get the maximum profit and make profits out of popular. Today we will touch upon new trends in games.

To Be Continued – Episodic Games

Who knew that someday the phrase “To Be Continued” will grow to incredible dimensions and will become the normgames. To give us a full-fledged set, the developers divide it into episodes and feed piece by piece. The game itself is not cut, because there is nothing to cut. The creation of such a game takes place in real time, and the first series can be released long before the project comes to an end.

On the one hand, we get a lively story with gameplay for two hours, on the other – too long to wait for the continuation. However, this gaming trend is about to end due to the death of Telltale, which has parasitized on it.

It was largely due to the release of the current generation of consoles. It is difficult and time-consuming to make new games, and why do not we then reprint the old game on new platforms? And this does not work out only but also generated money, so now remaster everything, enveloping the old HD games with a wrapper. Although this trend in gaming is positive because many classic projects are not adapted to the same Windows 10 and wide screens. Also, a new generation of gamers can get acquainted with the cult games fear of times without such terrible for the old graphics.

All Against All – The Battle Royale 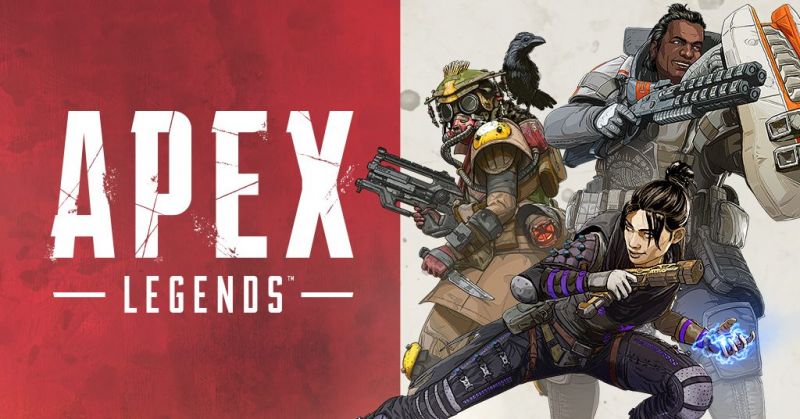 Today, the battle royale or battle royal has become the latest gaming trend in 2018 and into 2019 with Apex Legends.  This style of gaming which appeared very quickly and became the components of any game that wants to excite and take the audience from PUBG or Fortnite. In just this one year, we have released dozens of games with royal battles or with a ruling battle regime. Even more, when mastodons like Dying Light and Call of Duty Black Ops 4 follow this gaming trend, introducing their actions, you realize how great its influence is.

“What are you, this is not a donation, but a fee for customization and all” – microtransactions

Today, microtransactions can surprise only a gamer who has been sitting with a Game Boy in a cave for the past 20 years. Today, microtransactions for character customization have become commonplace. The problem is that if earlier they were only in free to play games, then for some reason someone decided that if the scheme works there, then it should work in games for which we already paid a lot of money.

Even more, some developers are inserting a direct donation into the game, as in the upcoming DMC5 and the new Artifact. In general, they always want to make us pay twice per game.

If three years ago it was only an assumption, today we can confidently say those cloud servers are the future of the industry, and many game makers are already thinking about it. For example, Sony has been developing the PlayStation Now for a long time, and even Google said last month that it was in the process of creating its cloud gaming platform with Stadia.

In its concept, going is just perfect – you can run any game on any device, not having much hardware and saving space on your hard disk, since the game starts on a remote service, and you just broadcast the image. There are two problems – you need a stable and fast Internet connection, as well as the fact that the subscription to such servers is paid. Alas, but the world is cruel.

The Game is Good, and it Remains Only to Attach Another Monitor – Gadgets, as an Auxiliary Device

The developers realized that the gameplay could be significantly improved and made more convenient, giving gamers the opportunity to use smartphones. And the idea is excellgoodent. Remember RDR 2, where you could transfer the entire game interface to your phone to get a clean, unloaded screen for full immersion. Or for example GTA 5, where from the mobile application it was possible to train Franklin, the dog.

Somewhere in 2015, there was such a foolish gaming trend as silly simulators. Yes, to start playing the surgeon simulator or bread simulator, goat simulator, baking simulator, and many other projects from Bossa Studios and the company are fun, but it becomes boring soon.

It is funny, but it comes to such an absurdity as a simulator of throwing logs into a fireplace or simulating a farting frog (yes, there is one too). On the way, we have a simulator of an exorcist priest from the Poles … The question arises, who really needs them and who plays them? And the answer is, if they are released, then there is demand.

In many ways, now this fashion in the game industry began with the release of the Nintendo Switch, and before it, Valve tried to do it with its Steam Machine. It is very convenient when you can play quality games anywhere, wearing not just a small console, but a standard platform, but in small dimensions. Judge for yourself, today, each new version of the new generation of consoles bragging about what has decreased in size and so on.

The Coaxing of Noobs is a Slope in Casual

Today, many big studios, in the hopes of attracting new audiences, decide to launch their well-known series of games in an unexpected direction, so that for Noobs it is simple, understandable, with the network mode and to be ready. Sometimes it is bad for the studio’s reputation. You do not need to go far for an example – Fallout 76 was just for Noobs, and we see what happened.

These were modern gaming industry trends. Some of them are positive, and some are negative. It is up to you, a reader to decide which of them are wrong, and which are good.

Melisa Marzett was born on July 4, 1986, in Kiev, Ukraine. Her family moved to the USA when she was five years old. Since then, she lives in Phoenix, Arizona and works as a freelance writer for resumeperk.com/. She has always wanted to write and travel. She did not forget for one minute where she comes from originally and always appreciates communication with people of other cultures.