The third season of Syfy’s Lost Girl premiers in January.  For fans of the series that follows Fae in the real world, this return is long overdue.  Then again, aren’t they all? 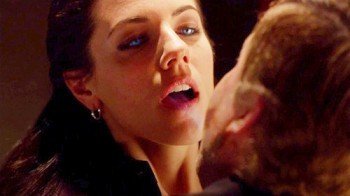 In the first two seasons (although the US has only seen season 2), we learned that Bo is a succubus who didn’t know her real heritage for a long time.  She was haunted by things that happened in her past in fact, and has been on the run ever since she killed a boy by accident.  She meet Kenzi for the first time when Bo saves the human and the two become instant friends, with Kenzi deciding to start a detective agency which the two solve unusual crimes.  As the events unfold, Bo meets other Fae, both good and bad, but refuses to align herself with either side.  Despite her steadfast determination to remain unaligned, she helps the light Fae more often than the dark because she believes people should be saved.  The fact that she is unaligned does help because she can go places in which light Fae can’t due to agreements between the two sides.  Along the way Kenzi begins to discover things about her past, some of which are so surprising that even she didn’t see them coming. 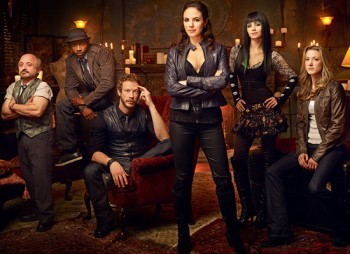 Love and heartache are one of the main themes for Bo with Dyson and Lauren.  Family is also a big problem for Bo as her mother turns out to be very bad; Bo has to kill her to save herself and her friends.  She also finds out that Trick is her grandfather, something which she is happy to learn.  Bo (and the audience) are exposed more and more to the Fae world.  Season two ended with Bo defeating the Garuda and bringing Trick back to life when he had to die for the Garuda to be defeated.

Season 3 will lead fans farther into the dark Fae world.  Fans will also learn more about Trick and Dyson’s relationship including how Trick chooses Dyson.  We will also get more of Kenzi’s backstory, which is turning out to be just as fascinating as the others.  Unfortunately, not much else is being leaked other than Linda Hamilton will make a guest appearance.

The third season will only be 13 episodes long (the second was a full 22) and I’m not sure if that means the US will not see a fourth or they just decided to make it shorter to pack more punch.  No matter the reason, the show doesn’t appear to be lessening on its sex and violence scenes (the US versions are 90 seconds shorter to remove parts of the scenes that can’t be shown here).  Should be interesting to see what happens when Lost Girl returns on January 14, 2013.