Once again by the courtesy of Luxa2, I bring you Luxa2 Lavi S over-ear hybrid headphone. Hybrid in what terms you ask? Well you can either use Lavi S as headphone or as external speakers to rock with your friends. Sounds interesting? Lets figure out how below. 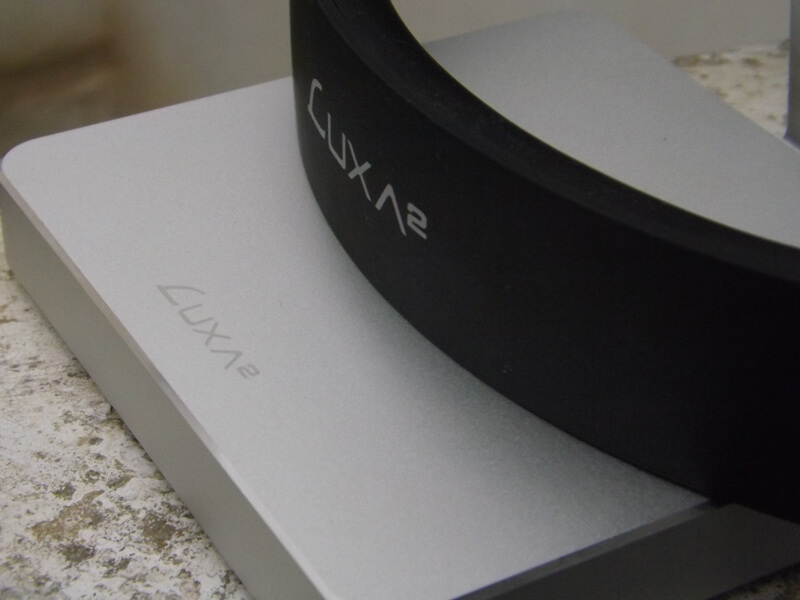 Unfortunately Luxa2 Lavi S is available in only black color, and that’s what we have for the review. 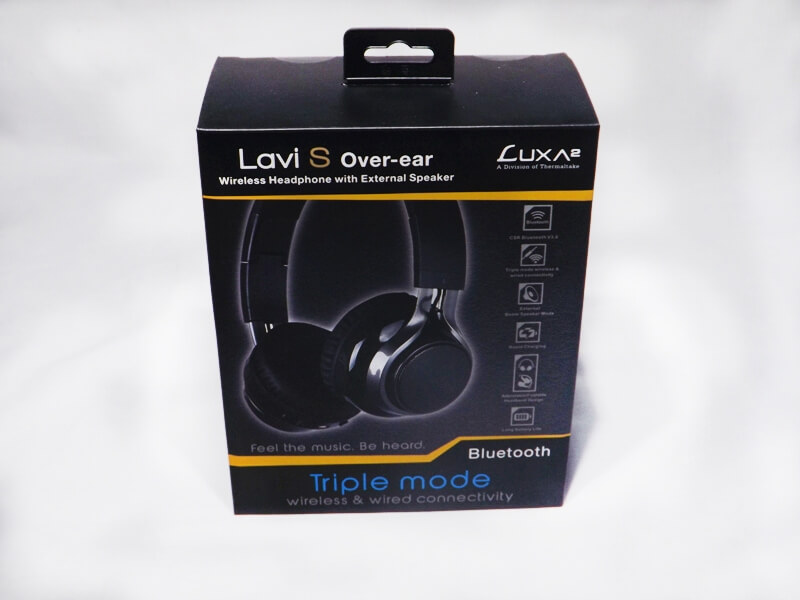 So we get the Lavi S in a rectangular box with a picture of the headphone on front with multiple features listed as well. 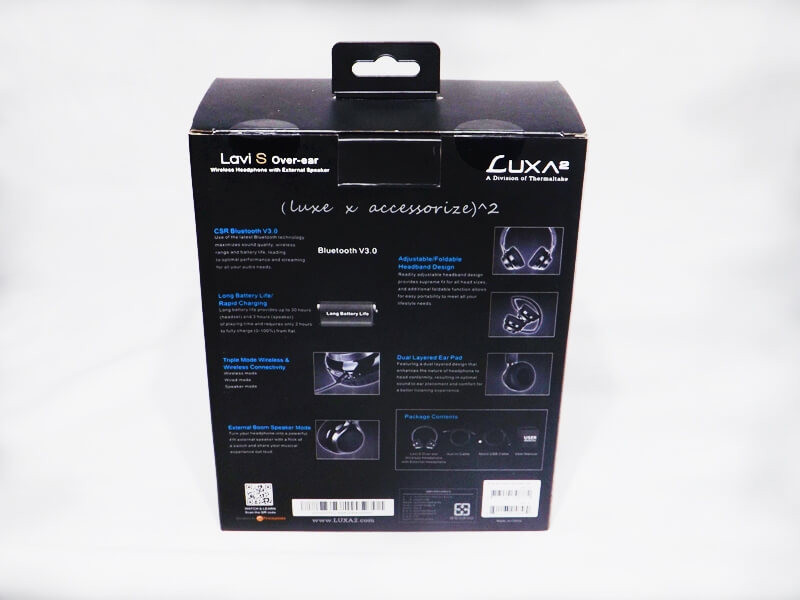 The back of the box is covered with detailed features of the headphone and the package content. 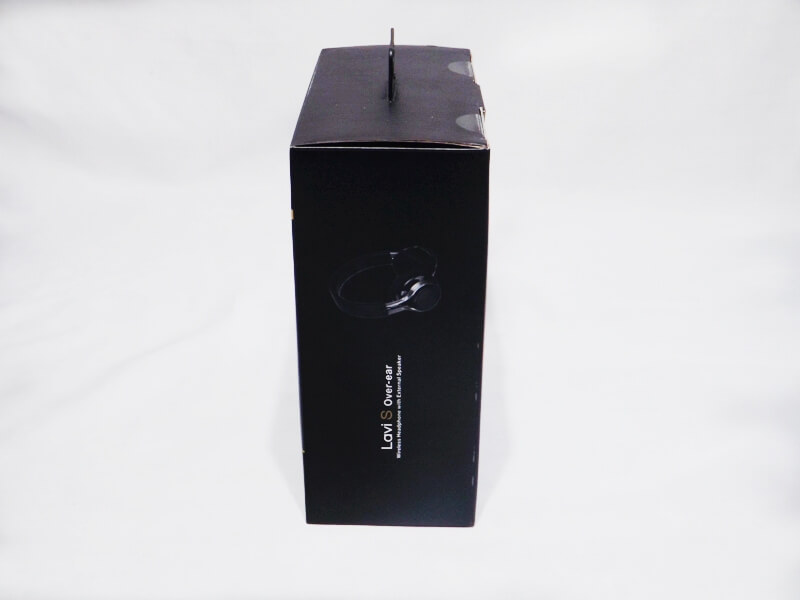 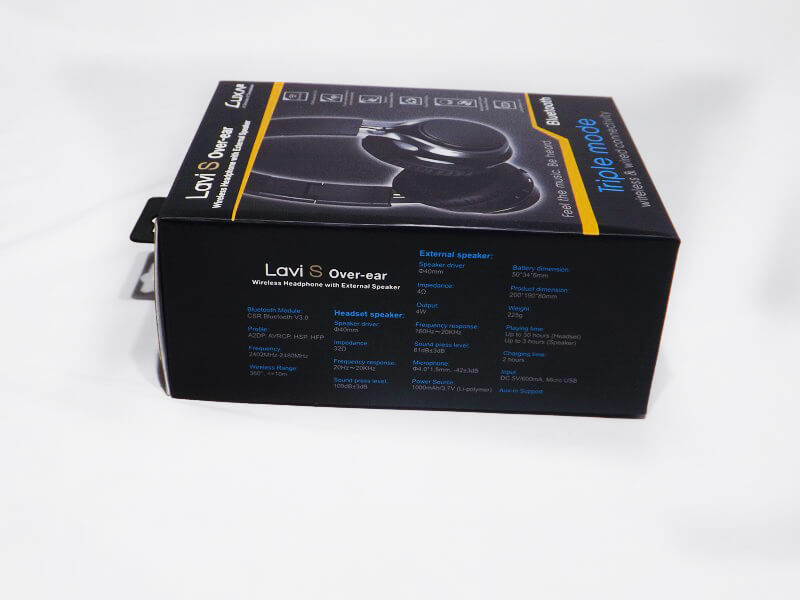 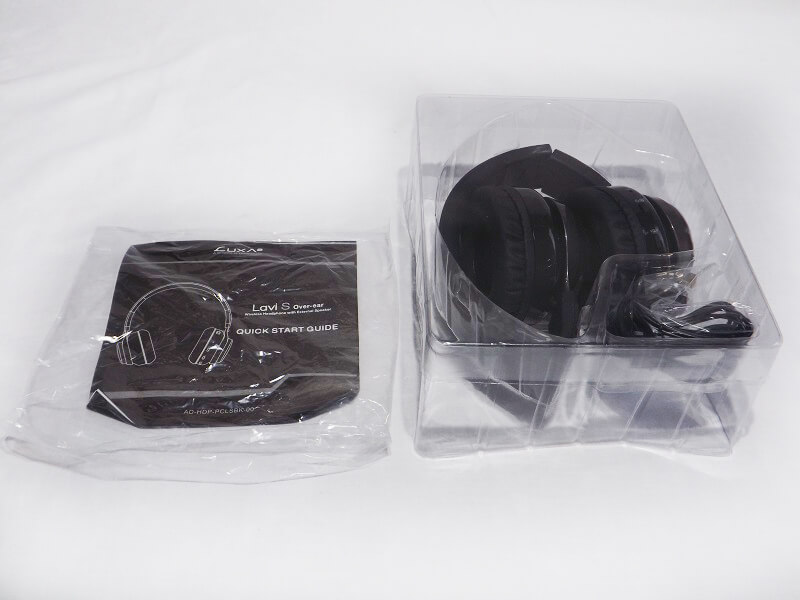 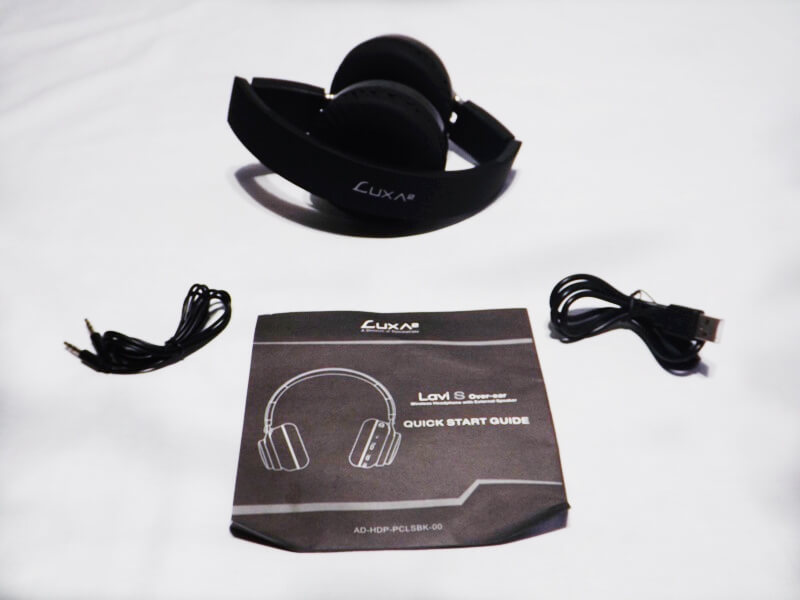 Inside the box we have the Lavi S covered with plastic container, while the container also have a little portion for the 3.5mm audio and microUSB cables that comes along with it. You will also find the Luxa2 product catalog in the box. 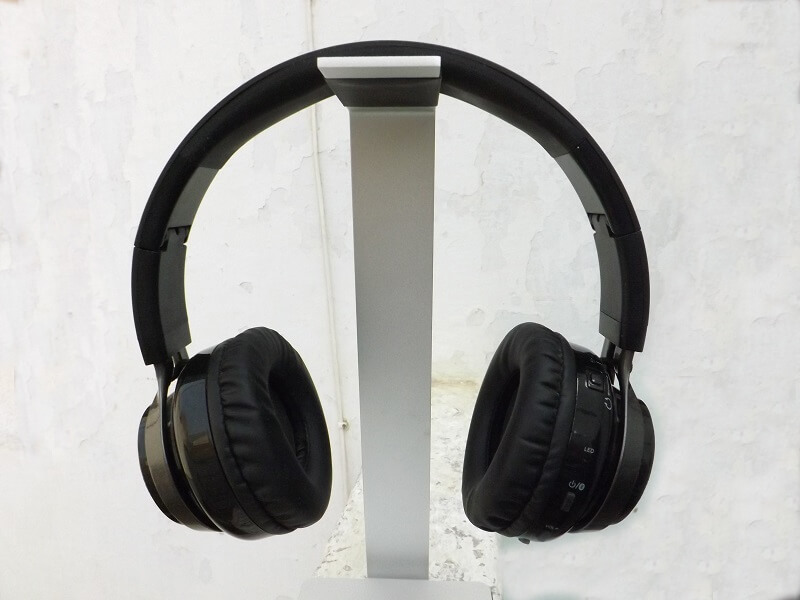 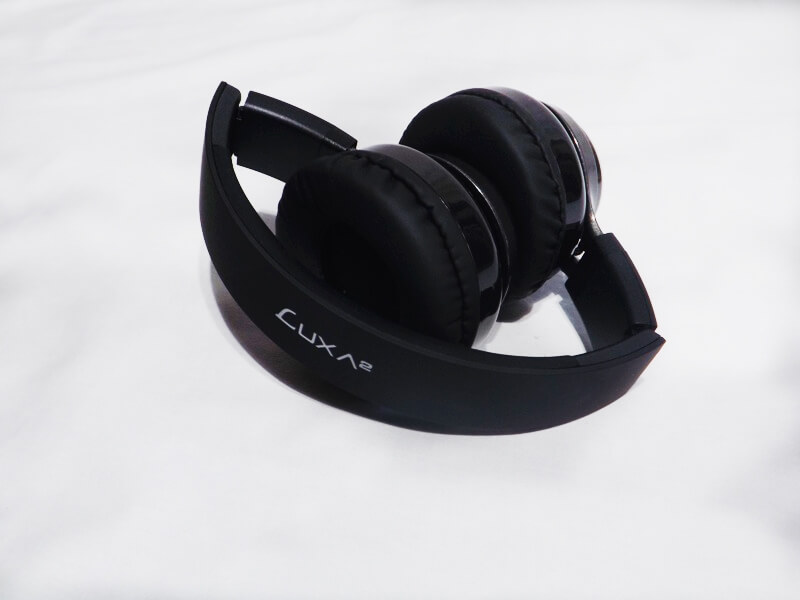 And that’s how the Luxa2 Lavi S looks out of the box. The huge cans immediately capture the eyes of anyone and if you compare it against the size of the band itself, I must agree that it looks a little bulky. 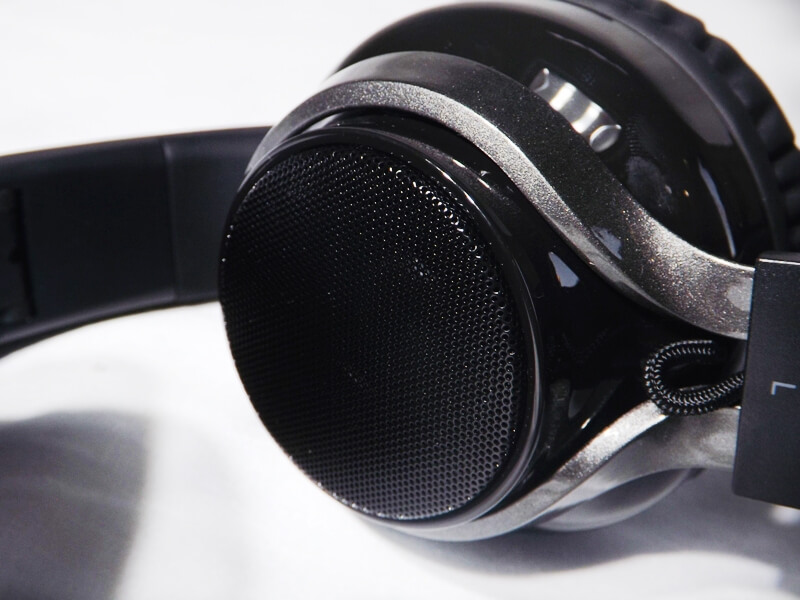 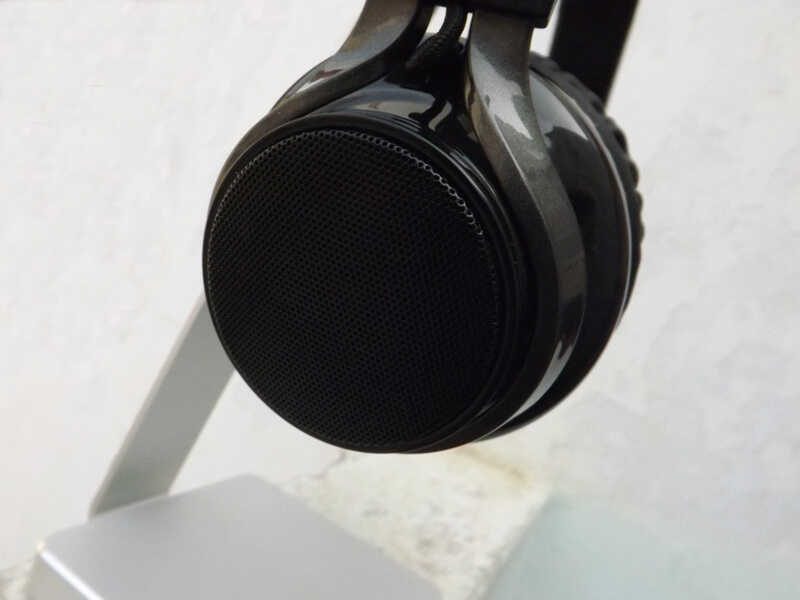 The cans itself is about 5.5cm in size including the cushions. The outer side of cans have grill material covering the external speakers. also the cans have a glossy finish on the body and the handles that connect the cans and the band also has glossy finish. 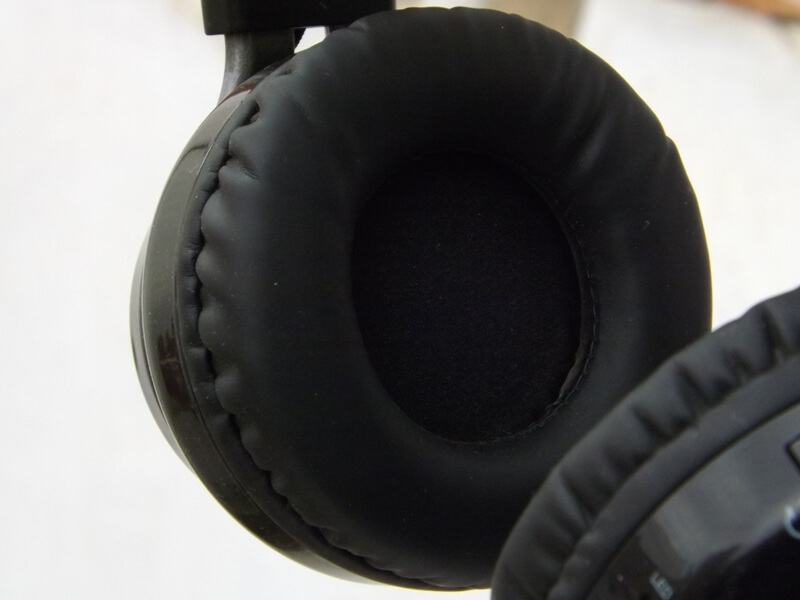 The Luxa2 Lavi S is using dual layered cushioned pads with swivel and is about 1cm in depth. When it comes to comfort, I am able to wear the headphones for few hours before I need to re-adjust them but the ear does starts getting itchy after 2-3 hours as the dual layered cousins when pushed against ear for long period become somewhat stiff. More soft cushions inside the top covering cloth could’ve been better in my opinion. 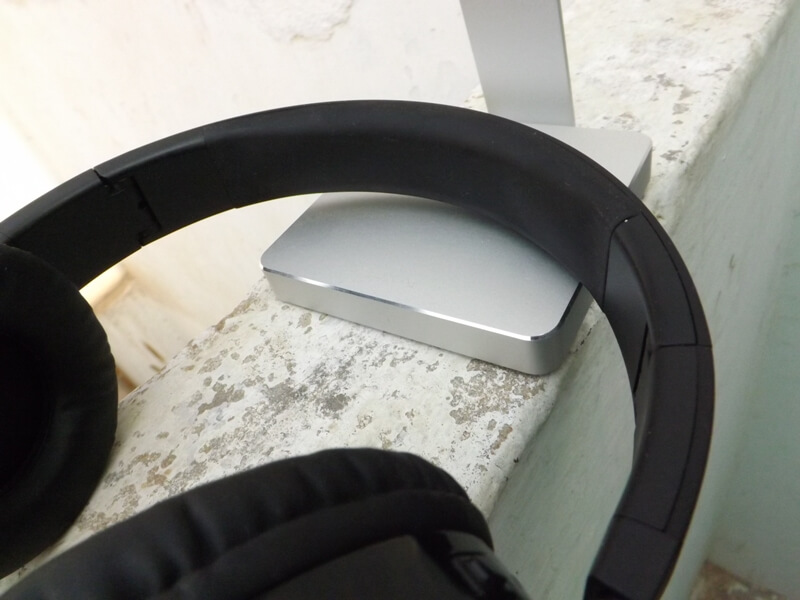 Like most headphones, the Luxa2 is using plastic material for the headband part and beneath we have a thin layer of soft material that almost makes you feel like there’s nothing atop your head. This can also be said because when wearing the Lavi S, it feels more like the headphone is putting more force on the ears to stay in place than hanging on your head. Lastly we also have the Luxa2 branding atop the headband. 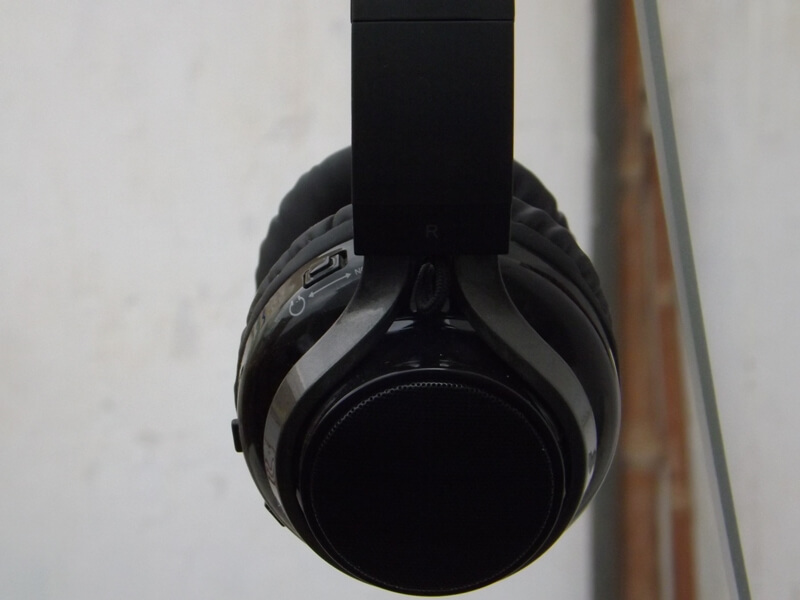 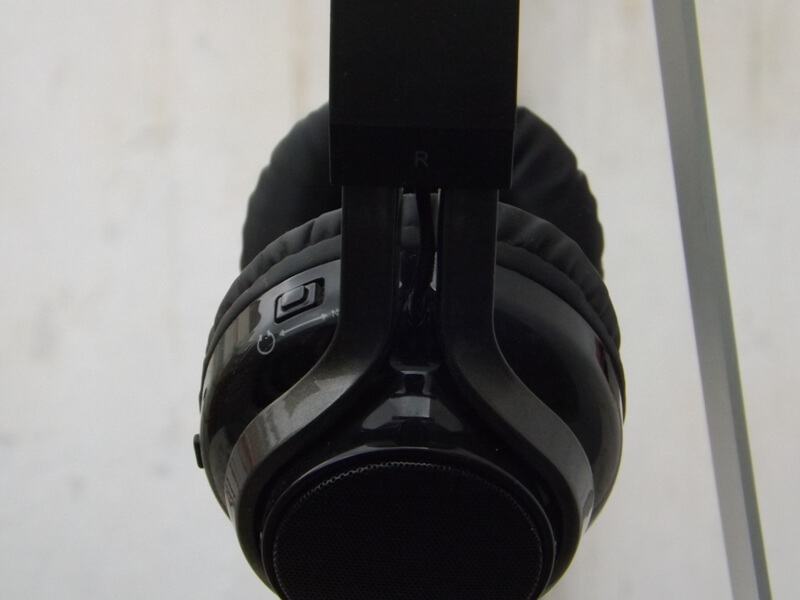 The Luxa2 Lavi S can extend about 2.5cm and is also a fold-able design. The fold-able design could’ve been made better as the force need to fold or unfold the headphone takes some force, that feels more like a push and you might get afraid in few tries that you may just break is doing so. So a little lose connection here could improve the design. 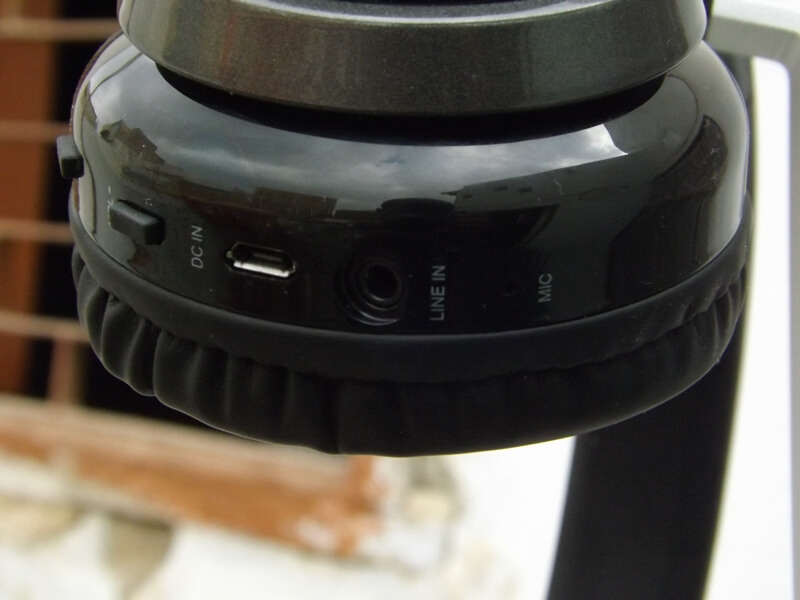 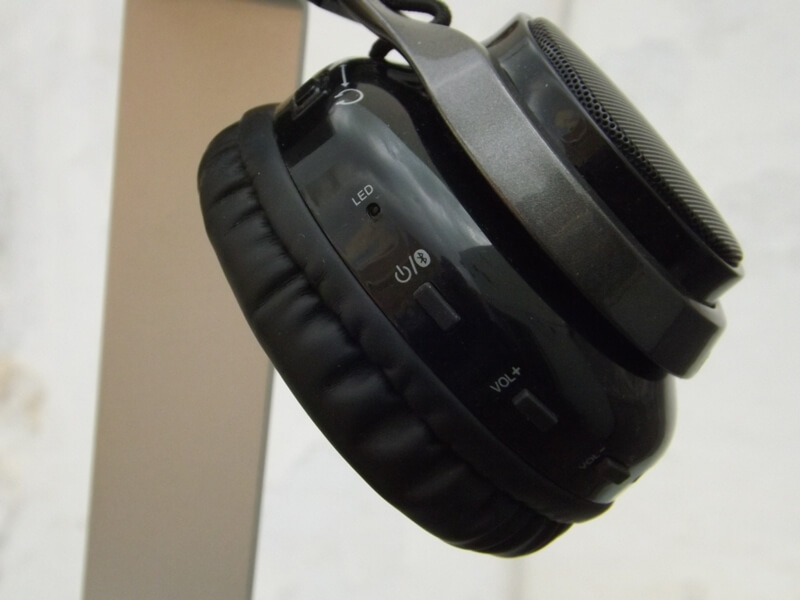 Coming down to buttons, on the top, we have the mode switch button that takes the headphone from headset to external speaker modes with one switch and on the go, there will be no pause in sound whatsoever. Below that is the LED indicator then power on/off button. Same button is used for taking the headphone in pairing mode/Bluetooth connectivity. After that we have volume +/- button that can also be used as next/previous track buttons. Single press on these buttons makes them function as next/previous track buttons and long presses makes them work as volume adjusters. After that we have the DC In/charging port and then the 3.5mm audio port and finally a little hole for the mic. All of these are on the right can while the left can is completely clean.

The Lavi S has two options for connecting with other devices. First being the standard 3.5mm audio jack plug n play and second being the Bluetooth.
To connect the headphone with other headsets via Bluetooth, you need to hold down the power button for 3s to power it up and another 4 second to take it into connectivity mode. Then your headset will show up as Luxa2 Lavi S in your desired device and you can connect to it.
Also, when you are using the headset with the 3.5mm audio jack, the multimedia buttons on the headphone will not work. You will need to +/- the volume from the source and also the max volume becomes low as the headphone is taking power direct from the device you have connected with the headphone.

The Lavi S uses 40mm drives with 32ohm impedance for producing the sound in headset mode. I have used the headset for both music, movies and games and it sounds amazing and as it should. There’s no breaking or hissing in the sound, but to a certain level. The headset drives are loud enough that you won’t need to push the volume to maximum. But when you do take the volume to max, and are listening to music with strong bass, then you will face hissing and distorting noise sometimes. So simply put, the headphone doesn’t do that great with loud music with bass because of the drive quality, but for everyday usage on average volume, the Lavi S does the job well and sounds great while doing it.

In speaker mode, Lavi S uses 40mm drives with 4ohm impedance. Once again, I’ve used the headphone in speaker mode for gaming and listening to songs. First of all, I’m not a fan of gaming on speakers so the experience wasn’t really that pleasing for me and switched back to headset mode for gaming purpose. When it comes to movies and music, you can expect the quality of a standalone Bluetooth speaker from it. When you switch to the speaker mode, you won’t need to be wearing the headphone as the headset drives are disabled. So most of the times, I had the Lavi S hanging on my neck in speaker mode and it sounded loud enough to hear each and every word in lyrical music clearly. But again, when it comes to loud music with strong bass on max level, the sound starts to distort a little.
Though, if you want to share music with your friends and they are just sitting beside you in your home or outside, the speaker has enough horsepower that you won’t need to max out the volume to be heard.

As mentioned in specification and visible from picture, the Lavi S does have a microphone. I’ve used the microphone for several calls inside and outside the house. You just press the power button once to receive the call and hold down the power button to hang up. Inside the house the voice capturing power of the microphone is fine enough to be heard on other side, but when it comes to outside, specially among the traffic noise, you need to speak loudly or direct your voice towards the mic hole with your hand to be heard. With the design the Lavi S have, Luxa2 could just add a detachable boom mic for better microphone performance.

I’m totally sold out on the battery timing of the Lavi S. It takes about 2.5 hours of charging time (says 2 on the packaging) and on headphone mode it gives about 35 hours of playback and an astonishing 15 hours of playback on speaker mode! Yes! The packaging says it will give you about 3 hours playback on the speaker mode, but I managed to pull about 15 hours in 2 run-times of the headset. But one thing to notice was, I didn’t have the Lavi S maxed out on the speaker mode for too long,. While testing the speaker mode, the volume was usually 2 level below the max volume as that was all that’s needed to share the music with others inside the home or outside.

Concluding the review, I really liked the idea of triple mode the Luxa2 introduced with the Lavi S over-ear headset, but to implement that idea, the can size was increased and looks bulky. I’m really impressed with the battery timing of Lavi S thanks to the 1000mAh battery pulling off 15 hours on speaker and 35 hours on headset mode.

Both the drives in speaker and headset mode sounds amazing and are loud enough that you won’t really need to take them to their max volume, but I’m a little let down on the bass quality and sound distortion on max volumes. The bass quality is more than enough for average songs and movies, but just not on that spot where I can say, yup, it’s the one. Also a bit more soft cushions might have been better for the comfort ability.

But, there’s a big fat but in the conclusion this time for the Luxa2 Lavi S, that you are getting all this only for $39.99. For only $40, you are getting both a headset and a speaker and with a battery life of 35 and 15 hours respectively, with good sound quality and microphone all in one, Luxa2 Lavi S headphone. I would like to rate the Luxa2 Lavi S 4/5 stars for the concept, design, sound/build quality and battery life and would like to award it 4 star recommended and best value award.

Now though this article is about listening to music, if you have content on Spotify that you want people to listen to you can  Buy real spotify plays from this website. All the review and buy telegram members info publish on this site is genuine and accurate.

Disclaimer- Luxa2 sent me the Lavi S headphone to do a honest review on. All opinions are mine and mine alone.