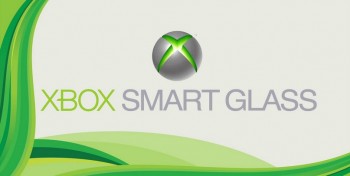 Hey there.  This week is an awesome week if you are a video game/tech nerd.  And of course you are!  Why else would you be hanging out here at Dragonblogger.com!  lol  Anyways, we are in day 2 of the E3 Expo in Los Angeles and even though there has been some great video game trailers released, I would say that the unveiling of Microsoft’s Xbox SmartGlass as making the biggest splash.  Don’t know what it is?  No worries, DB has you covered! 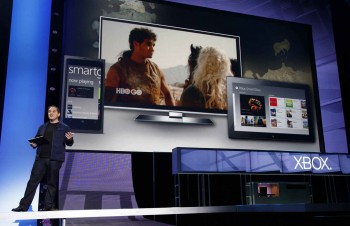 But Metallman, I can already stream shows and movies using other apps like AirPlay.  Why would I care to use another app that will do the same thing?

Glad you asked.  Yes, you can watch a show or movie on your tablet and transfer it to you Xbox using the SmartGlass app just like other already available apps.  But Microsoft is not just throwing another app into the market.  If you missed the demonstration of how this will enhance your experience, let me draw you a picture.  Imagine you are watching Game of Thrones on your tablet, but you decide you want to see it on your TV.  You zap over the show to your TV but instead of just seeing the show, a map of the world of Game of Thrones pops up.  Not only that, but the app is smart enough to know that you would like to see other shows similar to Game of Thrones and will have them lined up for you.  That’s pretty awesome, if you ask me.  And then there is the gaming aspect.

The Wii-U may have paved the way for tablet based controllers.  The Xbox SmartGlass took a page from Nintendo’s book and is using the app to allow gamers to incorporate tablets and other mobile devices into their game play.  Imagine playing Madden on Xbox with a friend.  Instead of having the plays displayed on the screen for your opponent to see, you can have the plays displayed and called straight from your mobile device!  Add to that, the voice powered Kinect and you can see how the possibilities for some extremely entertaining experiences. 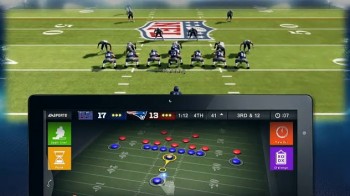 The Xbox SmartGlass is set to be released to the public sometime this fall, at around the same time as Windows 8.  The app will be free and as far as we know, there are no fees associated with it.  With gaming consoles doing so much more than gaming, it’s no surprise that “The Big 3” are looking to add entertainment value to their consoles.  The Xbox SmartGlass is one giant leap towards the “all purpose gaming console.”

So what do you think of the Xbox SmartGlass app?  New and invigorating?  Or used and abused?  Would love to hear your thoughts.  Later!