Last night I took my lovely wife out on a date, and we decided to watch the new movie “Lucy”. I have not read anyone else’s take on the movie yet but here is mine. 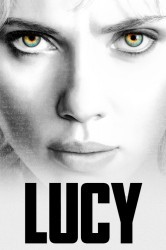 First of all I love the two main characters in the movie. Morgan Freeman plays a professor that shares with us what might happen if we as humans were able to use more than 10% of our brains. Scarlett Johansson plays the young lady who turned out to be in the wrong place at the wrong time.

I have to warn you that from this point on there will be a spoilers. I cannot discuss this movie without revealing some of the things in the movie. Lucy accidentally gets a major amount of a new drug introduced directly into her body. It radically transforms her.

What bothered me is that this part showed spectacular things that did not have much explanation. Afterwards, without knowing what was happening to her or without having any special equipment, she told the professor she was using 20% of her brain. All was taken and accepted as if it was just something that happened every day.

At one point in the movie Lucy began losing molecular cohesion, the reason why did not seem to be explained. She took more of the drugs that caused the problem and she was fine. Throughout the remainder of the movie she performed several actions that were beyond normal human abilities but as a person growing in mental abilities, were not beyond possibility. The problem I had with it is that after the first one when she takes out about 30 armed men using just her fingers, the rest were not so spectacular.

Many of her so called special powers were already done in so many other movies.

It just was not so spectacular to me. Towards the end, she began gobbling up computer systems in the room, presumably to interact and record information, the whole thing reminded me of a big termite mound. She traveled back in time presumably to the beginning of it all and then after handing the professor a flash drive of her journey, she simply became everything and everywhere all at once. The movie was over and I was left feeling ripped off.

This movie held such promise but it, in my opinion, failed miserably. You may not agree, but I for one give it a big thumb down. I believe with a proper rewrite, this could be a hit. Maybe if there was less buildup to the actual 100% level and a bit more wow factor action that has not already been put on the big screen Lucy would have been fantastic.