ATLANTA – Nov. 22, 2017 – Brawlhalla, the epic free-to-play platform fighter with more than 8 million players from Blue Mammoth Games, gains its 36th Legend today with the release of the axe and cannon-wielding brute, Xull. 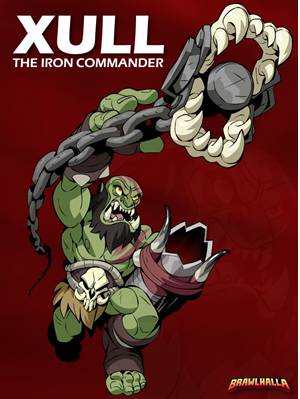 Xull is the second Legend to wield the cannon, combining its blunt force with an arsenal of physical grab moves using a bear trap that puts his opponents right in the cannon’s path. Complementing the cannon is an axe, which he wields with deadly force as the first nine-strength Legend – the first Legend with any stat with a value of nine.

Great things can be expected of Xull, Lord Commander of the Iron Legion. Hailing from the same world as Legends Jhala, Teros and Sidra, he’ll prove that orcs have a place amongst the honored in Valhalla.

Brawlhalla pits the greatest fighters from all of history against each other in the Grand Tournament of Valhalla. Each of Brawlhalla‘s Legends wields a distinct combination of two weapons alongside their personal signature abilities, giving every player eager to dominate the arena options to suit their playstyles.

“Xull opens up new options for fans of the axe, the cannon, and playstyles that favor control.” said Matt Woomer, creative director, Blue Mammoth Games. “I can’t wait to see what players will do with the first nine-strength legend.” 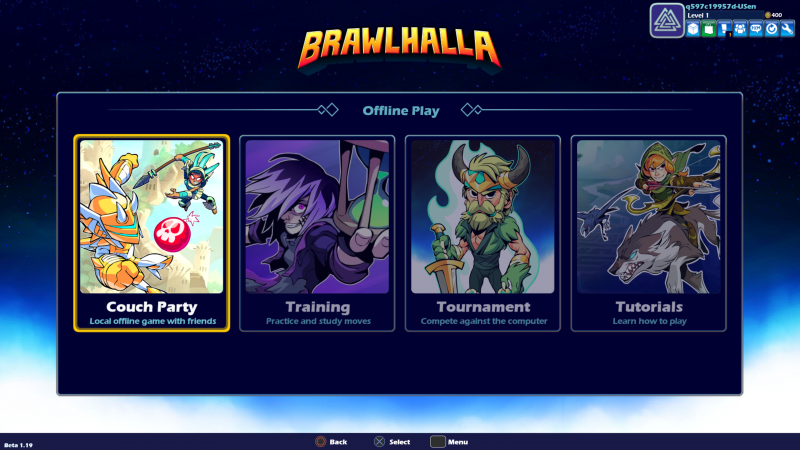 Brawlhalla is available at no cost with a rotating roster of free Legends on Steam and PlayStation 4. For $19.99, players can permanently unlock access to every Legend in Brawlhalla‘s roster via the All Legends Pack on Steam or the Founder’s Pack on PlayStation 4.

For more information about Brawlhalla, please visit the official website.

Founded by Cryptic Studios veterans and based in Atlanta, Blue Mammoth Games is composed of 24 developers focused on being active with and responsive to their player community.