Mobile games have really advanced in the last few years. With the jump in processor and GPU/APU power in both the iPhones and Android phones, the options for developers have become much wider. Also, game studios are looking back to the early days of consoles, as well are arcade games and casino machines to make new products.

The final results are very entertaining and fleshed out games that can keep you lost in your phone screen for hours. Regardless of the genre, visuals, or style you like, there must be something out there for every mobile gamer.

And, while purists and gatekeepers will call mobile players lesser because they are not gaming on a ‘real platform’, the arguments for that statement are becoming leaner by the minute. With games like COD: Mobile and PUBG there are some competitions on mobile platforms that match even those on the latest generation consoles, or the PC. 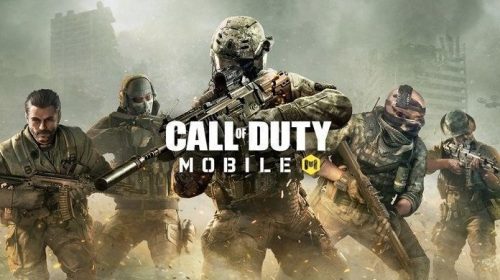 They say that a rising tide lifts all boats, and that is definitely the case when it comes to smartphones. Processing speed and graphics units have jumped so far that even mid-range phones can play games with high frame rates and low temperatures.

For instance, almost every current game can be played on an iPhone 8, with the 7+ only chipping a fraction of the most demanding titles. For Android phones, the selection is truly abundant, and generally, every phone for over $300 would be able to play 95% of mobile games.

If you want the best results, with larger screens and better resolutions, you might want to go with flagship phones, as well as gaming accessories. But, you don’t need to do that if you only want to have fun.

Slightly piggybacking on their popular console and PC counterparts, adaptations for mobile games are some of the most popular titles today.

One of the best examples is the Call of Duty: Mobile that has won both the BAFTA and TGA for the best mobile game from 2019. The mechanics are somewhat copied from PUBG and the game played in a similar fashion, but with improved graphics and well known CoD aesthetics.

The second example is a callback to the old days of Nintendo Entertainment System, with the Mario Kart Tour that can also be played against your friends to ruin the friendships of the current generation as it did so many years ago.

Launching that shell just before your friend wins is a great way never to be called to hand out again.

There are a couple of games that were in production well before phones weren’t able to do more than send texts. Games like AdventureQuest are now, for many, some of the most addicting and entertaining Mobile Massive Multiplayer Online games (MMO) and it started development back in 2002 when the best phone you could have was the Nokia 6100.

Now, it is under the name AdventureQuest 3D, and is one of the most played mobile MMOs in the world, with good graphics and gameplay that remind everyone of some of the best Sony PlayStation 1 games.

There are also PvP original games like Shadowgun War Games that have gone with a more arcade-type look and cartoonish design to cut back on the pixels and thus produced an amazing looking game. By design, it resembles mostly Overwatch, with just enough changes so as not to make it a legal issue.

And finally, there is the honorable or dishonorable mention, depending on who you ask. Raid Shadow Legends, who are surprisingly not sponsoring this article, have made a solid game. Their marketing tactics may have made them a meme, but the game itself is quite fun and addicting.

A lot of new mobile players are coming especially because of these games. As sports betting was suspended, people needed something to catch that thrill and mobile gambling games delivered.

The primary product of these games is the spinners and digital slot machines, which have really grown a lot from their humble beginnings. Also, casino games like roulette and blackjack are also gaining in popularity online.

And, as they don’t require as advanced the graphics as do some of the FPS and RTS games out there, these games can be played on any type of mobile phone.

Often considered ‘niche games’ in the same way romance novels are considered ‘niche literature’. The problem is that the niche we are talking about is around 3.5 billion people worldwide that adhere to being the female sex. By sales numbers alone, especially in Asia, these games are one of the most popular in the world.

Games like Mystic Messenger have more than 350k reviews and millions of active players trying to seduce gorgeous anime boys.

Ironically, the infatuation with these games is often greater than the addictiveness of gambling games, which pronged several administrations to restrict bad practices and introduce similar rules as for gambling.

This prevents some Otome games from being exploitative and ‘Pay-to-Win’ as apparently a lot of people have been drained from their cash by some of these games. It looks like female simps are real, but only for teenage anime boys.