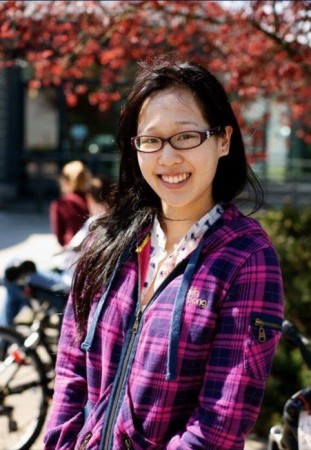 There is a new horror movie in the works based of the events surrounding Elisa Lam, a 21-year-old Canadian tourist who was found dead in a downtown Los Angeles hotel’s rooftop water tank at the Cecil hotel. There is a lot of confusion of what could have caused her death as well as why she was acting very strangely before she was found dead and for how she was found. This is not the first odd occurrence the Cecil hotel has faced. There have been many strange deaths there over the decades. 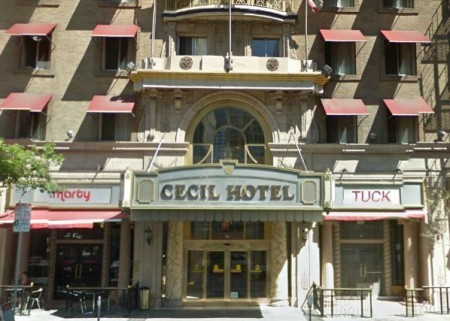 Lets take a step back and look at the dark past surrounding the hotel.  The Cecil Hotel opened its doors in 1925.  Its grand success would be short lived as there were a couple of murders in the 20’s and 30’s. In 1962 a woman and jumped out of her 9th floor window to her death also killing a man who was walking by on the sidewalk.  In 1964 a woman was found dead in her ransacked room, having been stabbed, strangled, and raped by an known assailant.  Richard Ramirez, a serial killer and rapist known as the “Night Stalker,”  lived on the 14th floor of the hotel killing 14 people there. He had killed others before taking residence at the hotel.  In 1991 Johann “Jack” Unterweger is another serial killer who lived in the hotel.  He was an Austrian murderer who would pick up near by prostitutes who would be later found dead. 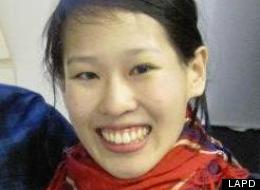 Elisa’s death sounds very similar to the 2005 film Dark Water (a remake of a 2002 Japanese movie by the same name) tells the story of a young woman found drowned in a hotel water tank. A scene in the movie shows an elevator malfunctioning, and a character is named Cecilia. Might as well been Cecil. Just a coincidence or a look into the future. 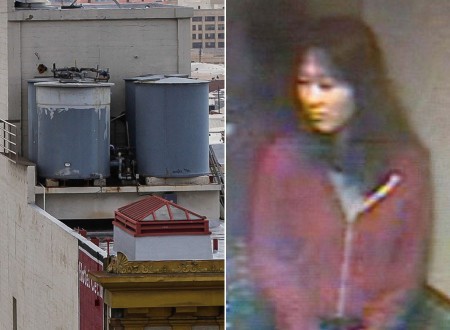 Elisa Lam’s body ended up in a difficult-to-access water cistern (workers had to cut the tank open to remove her body) . The only explanation offered for how she ended up in there was that she had a bi polar condition. I don’t see how  she could have managed to climb into one of the tanks that was 8-foot tall, 4-foot diameter and manage to close the top on herself as well.  In the video you can see her odd behavior of pressing all the buttons in the elevator. She also looks like she is talking to imaginary people as she waves her arms around.  Also no explanation has been given as to why the elevator door stays open for so long.

There is also another odd thing that happened shortly after Lam’s death.  National health experts were called into Skid Row near the hotel to investigate a breakout of TB ( tuberculosis).  This is a deadly disease that attacks the lungs but can also affect other parts of the body. It is spread through the air when people who have an active TB infection cough, sneeze, or otherwise transmit respiratory fluids through the air. Local health officials called the largest in a decade. More than 4,500 people may have been exposed to tuberculosis and scientists linked the outbreak to a TB strain unique to L.A.  The test used to diagnose patients particularly in patients is called the Lam-Eliza.  I find this just a creepy coincidence.

The coroner report noted that the medical examination found no visible signs of trauma and toxicology found nothing as well.  Her death was  concluded to be an accidental drowning, with her bipolar disorder listed as a significant condition.

The new movie being made is called “The Bringing”.  The script has written by Phillip and Brandon Murphy, and championed by producer Michael De Luca (“American History X”, “The Social Network”) has been acquired through a competitive process by Sony Pictures, Deadline.com revealed Wednesday. The plot involves a private investigator who is hired to look into a mysterious murder and discovers the hotel is harboring a dark and sinister past.

What do you think about this story? Do you think it is all coincidence or is the hotel cursed?