I have had the most vexing gaming troubleshooting over the past few weeks where both of my sons who have Lenovo Z575 laptops play Guild Wars 2, and my oldest son has a problem with the game where there is no speech or movements of character mouths during animated sequences, like whenever you are in cut scenes talking with other characters.  It happens at every cut scene, even in game play where you should be hearing a sample of voice you won’t hear any talking, only environmental and background sound effects. 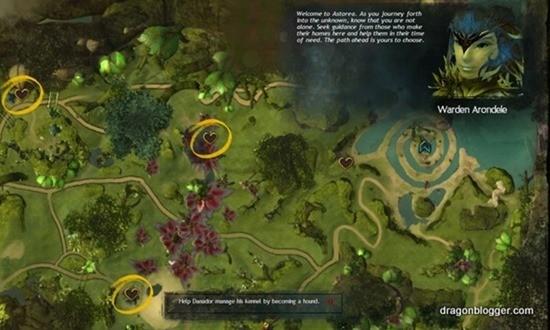 I had made sure Direct X, Realtek sound drivers and the AMD Mobility drivers were all at latest versions at first, but then I matched them to the same versions as my others son’s Lenovo Z575 and the issue was still not resolved.  I tweaked every setting in Guild Wars 2, every sound setting in Control Panel and every other device I could think of and still could not find the issue.  I even ran Guild Wars 2 in repair mode “GW2.exe –repair” and it re-validated all 290k files but nothing was able to resolve this problem after days.  I queried the forums and found dozens of others though none recently reporting the same issue, but no official fix or suggestions from the NCSoft or ArenaNet teams on how to resolve the issue.

Finally I decided to uninstall Guild Wars 2 completely and do a fresh re-install from scratch knowing it would take several hours to rebuild the entire game client, it surely must be the game client as 2 identical laptops with every driver installed identical and only one of the two game installs have the issue.  Both are patched to everything the same, other than maybe some different games installed there is nothing I could find to explain this anomaly.  I did open a support ticket with ArenaNet but not sure if they will find anything as it seems very specific to this one system and probably an uninstall/re-install would be the best and most likely thing they recommend at this point anyway.

I am happy to report that a full uninstall of Guild Wars 2, followed by a complete re-install of the game solved the issue here.  It shouldn’t have had to come to that, but was a fix that would have saved a lot more time had I done it sooner than all the other troubleshooting.  So I would probably say that if anyone comes to this article with complaints about no voice or speech during animated scenes in Guild Wars 2, or no mouth movements during cutscenes, I would say there are some easy things to try first.

First, the most common is if the sound card is set to 5.1 or 7.1 sound and you only have stereo speakers hooked up, it is quick and easy to go into your sound options and make sure your sound is set to stereo.  This would be the quickest fix and the most common that I have seen on the forums.  Just go to Control Panel, Edit Sounds, Select your Sound Card and click properties, make sure you are set to stereo.

2nd, I would uninstall and re-install the game if the following occurs:  Character mouths don’t move and no voice during any animated scenes.  This is 99% likely to be some corruption of the sound files or game during a most recent patch, I would now try to uninstall/reinstall the game and see if it resolves the issue.  The GW2.exe –repair will not fix this from my experience so just uninstall and re-install.

3rd, I would then look to the Video and Sound Card drivers to make sure they are at the latest versions, but this would be a last step and I would consider this a higher priority if you have other sound/graphic problems that are all the time rather than cut scene only.

4th, remember to open a ticket with ArenaNet in game and remember to post your issue on the forums, good luck in finding a fix if the above 3 didn’t solve the issue and I am curious to know what the issue was if you ever get it solved.