I go through a lot of different wireless headsets and earbuds when doing reviews and rotate through many of them when going to the gym.  One of my favorite pair recently is the Origem HS-3 earbuds which were sent to me a couple of months back for review and I wanted to use them consistently for a good deal of time before finalizing my written review of them.  The Origem HS-3 Earbuds come in a well packaged box and are protected by foam cushion. 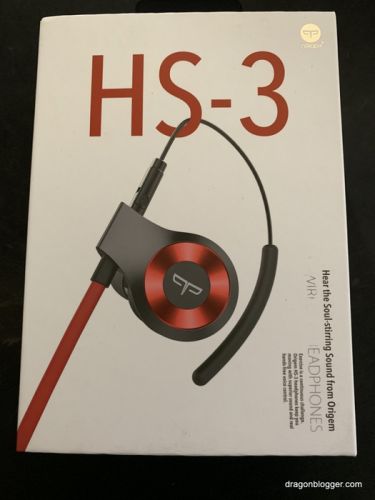 Everything feels professional and the quality from the brush metal finish on the earbuds themselves to the flexible yet strong earhooks looked and felt good. 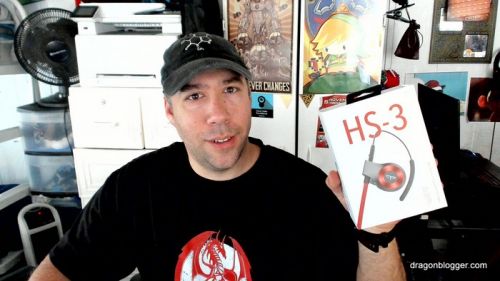 Here was my video unboxing the Origem HS-3 Wireless Earbuds 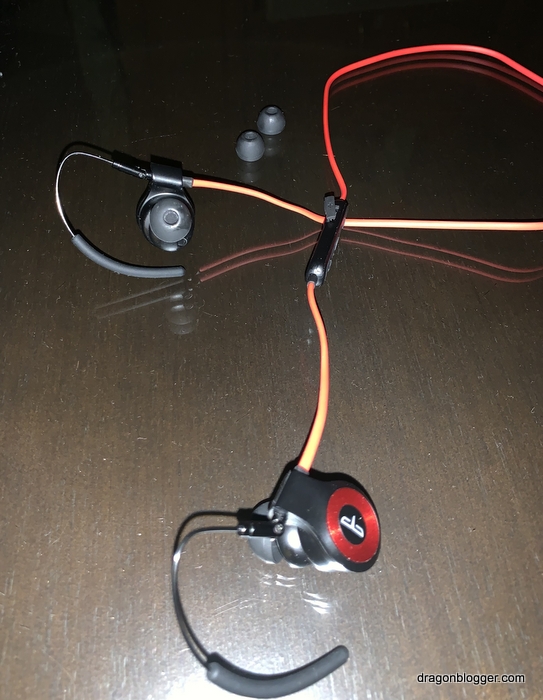 I also tried them with the larger earbud tips later after I mentioned to the brand that the earbuds didn’t get as loud as some others reviewed, the sound quality was fair if a bit lacking in bass but they just didn’t get as loud even when my phone and earbuds were maxed on volume.  The larger earbud tips didn’t really increase the sound volume, and they actually fell out of the ear canal but not off my ear when I used larger tips so I was back to using the smaller tips. 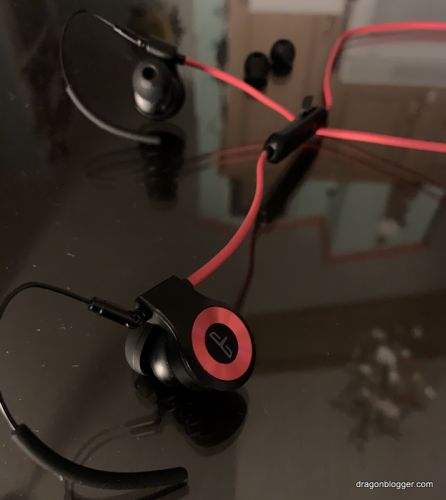 The difference in size could make a difference if there is any sound escaping from around the earbud or if the earbud compresses too much it can actually impede the sound a bit, so make sure you try the various earbuds to find the size that works best for you. 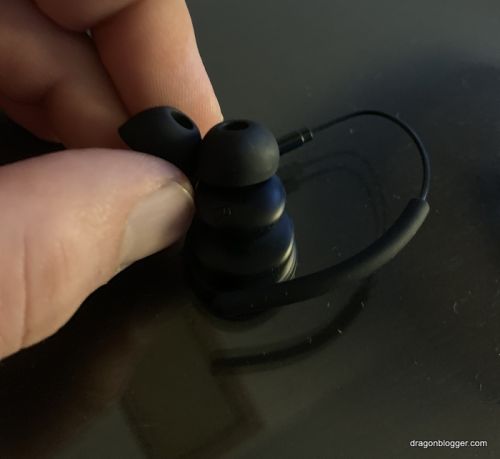 When you wear the Origem HS-3 earbuds you put the wire behind your neck, not in the front like I have in this video still frame just showing them off.  When running the wire whips up and down a bit so it has to be behind your head or you would get whipped in the chin. 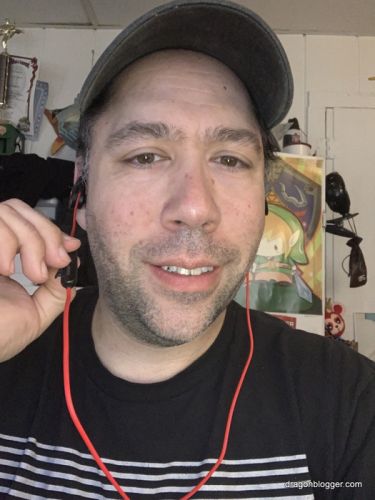 While going for walks and jogs, the earbuds did not feel to heavy and even with the control box hanging off the right ear I never felt a pull or a tug.  The interesting thing is the volume decrease or – button is actually the next track button and not previous track.  An oddity but you don’t forget after one or two times when using them. 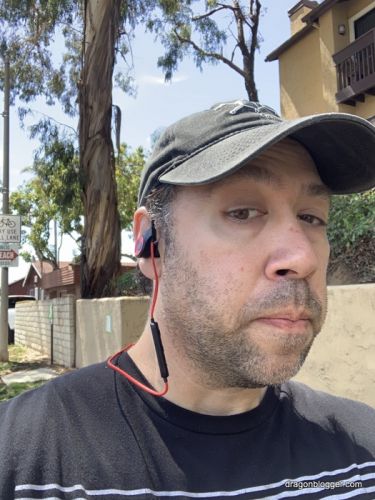 The earhooks were a little tricky to get over the earlobe the first time because they bend and flex, but once you get the hang of bending them to put them on then straightening them out to hold on they work out great.  The earbuds are firmly attached and these make the best workout earbuds I have ever used as far as comfort and staying place when running and jogging. 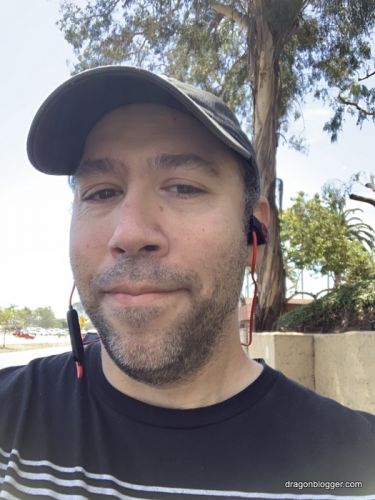 The large 10mm drivers also do a good job delivering sound, I played everything from Classical, EDM, Country, Metal, Rock and even Audiobooks to listen and compare the sound quality from these earbuds to other ones includine the Bose, SoundPeats, BrainWavz, Dodocool and Kinivo earbuds and headsets that I have.  I compared them to wireless and wired earbuds just to found out where the sweet spot could be between wired and wireless for sound quality and price. 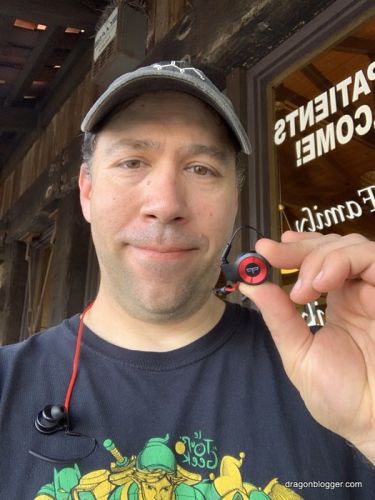 The Origem HS-3 earbuds are a fantastic choice for earbuds that you wear when going to the gym or going out for runs and they hook around your earlobes and stay put in the ear while working out without issue.   They deliver good sound quality, clear audio quality but I found them lacking when trying to talk to people on phone calls who kept saying my voice was too low, or there was too much background noise.  I did this outside and in a gym where I was the only one working out at the time and the microphone audio was still a bit of an issue, though not nearly as much complaint as some other Bluetooth earbud mics.

Overall these earbuds were very good for the price point and only earbuds costing 33% more sounded better that were wireless, though wired earbuds at half the price point could sound better if you don’t mind the hassle of dealing with wires.  Ever since I got my iPhone XR however I won’t stand to use a 3.5mm adapter for my lightning jack so I am pretty much using only wireless headsets now at all times.  They come in Red, Silver and Gunmetal colors but I preferred the red color.

Influencer / Reviewers / Live Streamers - Get in Touch https://t.co/ed4q6Q2aZM
16 Ways Merch Stores like Shopping Dragons Can Save You Time and Money https://t.co/J2rsJTyBqI - 17 hours ago