Alongside the launch out of Early Access with version 1.0 of Pixel Game Maker MV will come with an array of UI improvements, Steam Workshop support, a free demo version, and more updates addressing issues raised by Early Access users.

The engine’s accessibility allows first-time developers and seasoned creators alike to construct deep games from scratch, without any programming experience. Native engine features include a built-in physics engine, particle effects, support for up to four-person local multiplayer, and the ability to install and create add-ons using JavaScript. 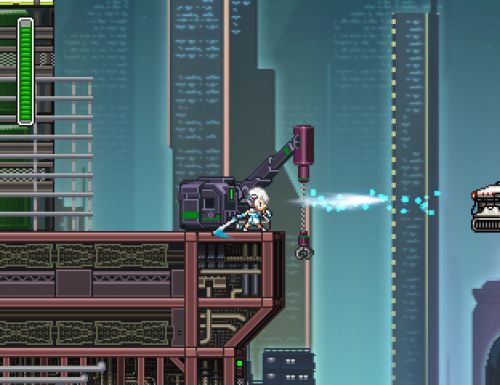 Pixel Game Maker MV comes with more than 15 sample games, each with assets licensed for distribution in users’ games including some created by Takumi Naramura, lead designer for the La-Mulana franchise. Artists can also import their own graphics to create everything from adventure, shooter, and racing games. The options are endless – the only limitation is the imagination.

“Many of the most amazing ideas for games spring from the minds of people who play games the most, but don’t have the technical skills needed to bring their visions to life,” said Shunji Mizutani, founder, Playism. “With Pixel Game Maker MV anyone can become a developer without learning how to code.”

Known for bringing popular indie games from Japan including Touhou Luna Nights, La-Mulana 2 and One Way Heroics, Playism was created with the global indie community in mind. The company focuses on helping developers every step of the way, from localization to distribution of their games.

The core Pixel Game Maker MV team at Kadokawa Corporation consists of veterans who have been making consumer games for more than 20 years, many of whom have worked on the popular RPG Maker series with more than 2,000,000 units sold. Based out of Tokyo, the company’s mission is to create brand new stories.