So Google Cardboard is a unique little contraption and one that I got to test recently with the QPAU Google Cardboard VR headset.  Now what this is is fairly impressive Virtual Reality 3D Glasses that you get just from a cardboard shell with some lenses that provide 3D when paired with the appropriate 3D applications on the Google Play store. 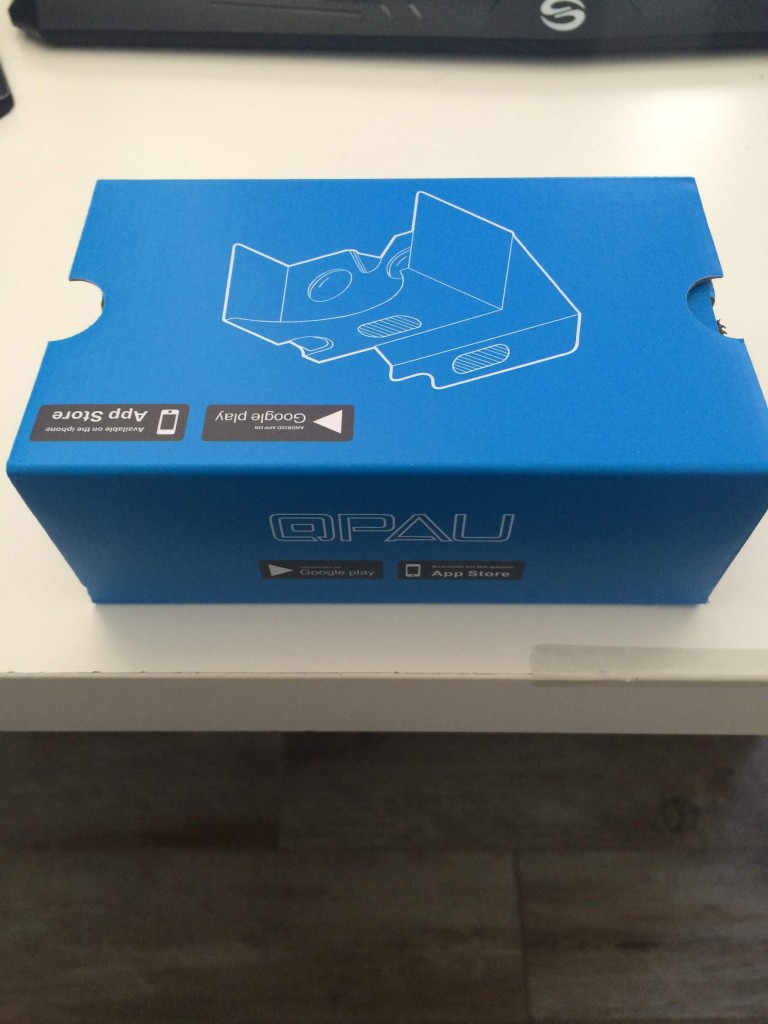 With the QPAU Google Cardboard kit you get either Blue or Orange in a foldable VR headset that you can simply insert your phone and check out VR with the latest apps.  Now I hadn’t tried the original Google Cardboard so I couldn’t say how this compared to those, but I found the lenses to be excellent on the QPAU 3D Headset, they were large and once you remove the plastic covers on them they are crystal clear. 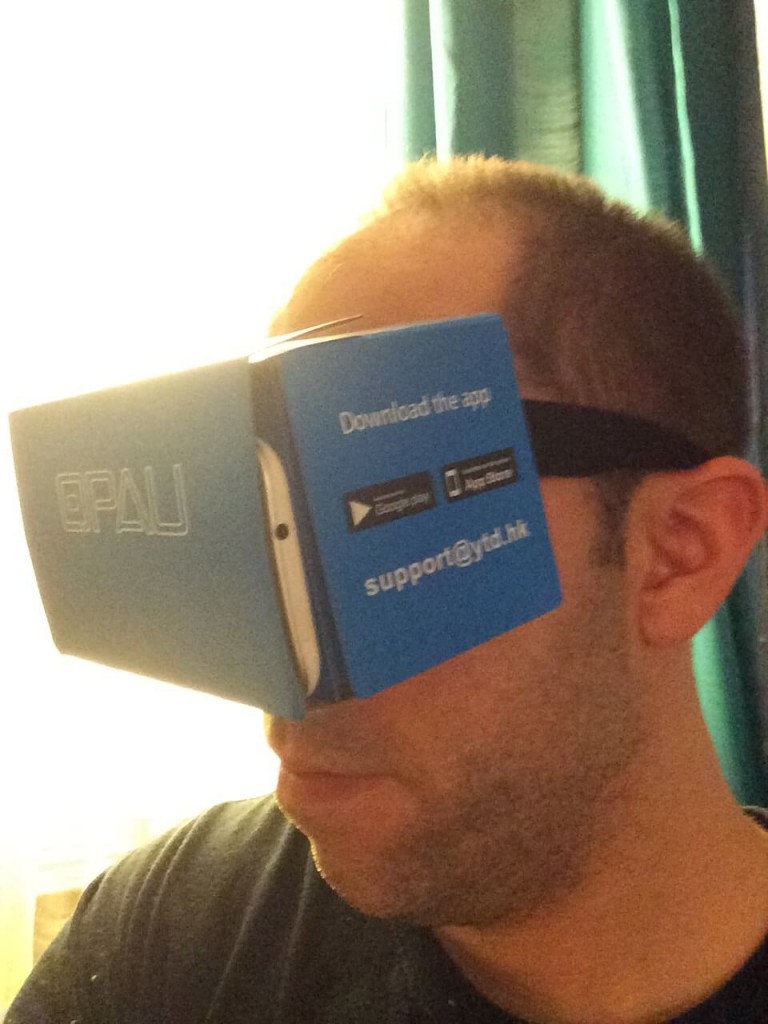 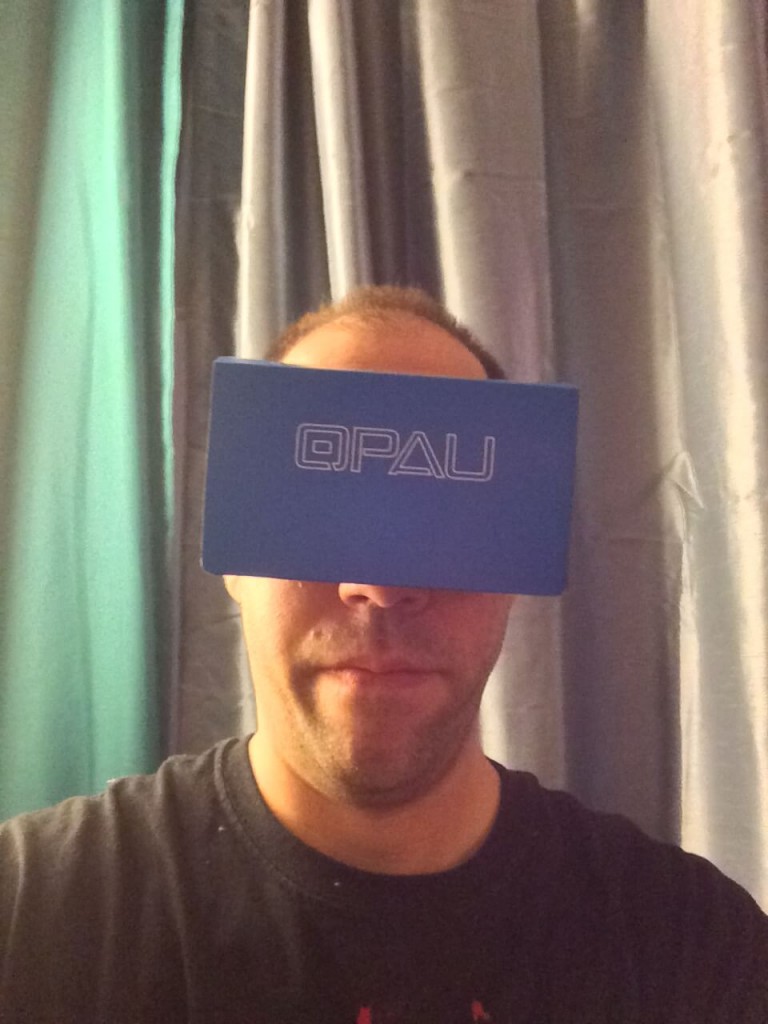 Now the headset includes a Velcro strap which is something they claim doesn’t come with other kits (at least not the original Google Cardboard ones) and while it does have adjustable length I found even on the loosest setting it was very tight on my head.  This tight grip was a bit of a problem with the cardboard itself. 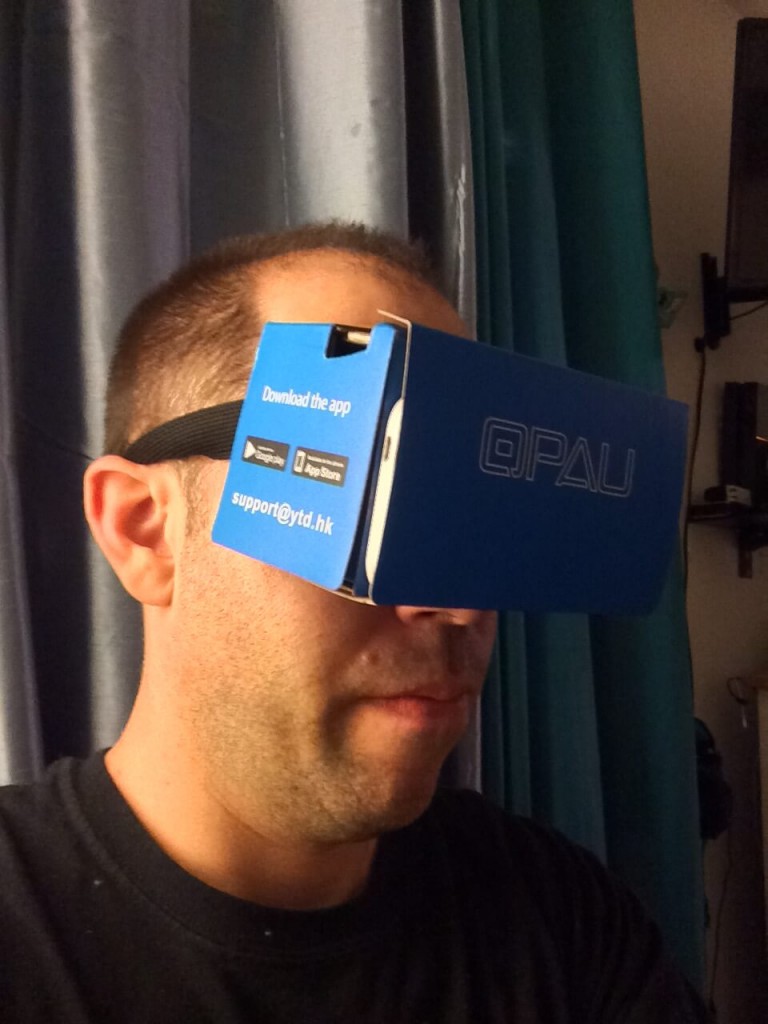 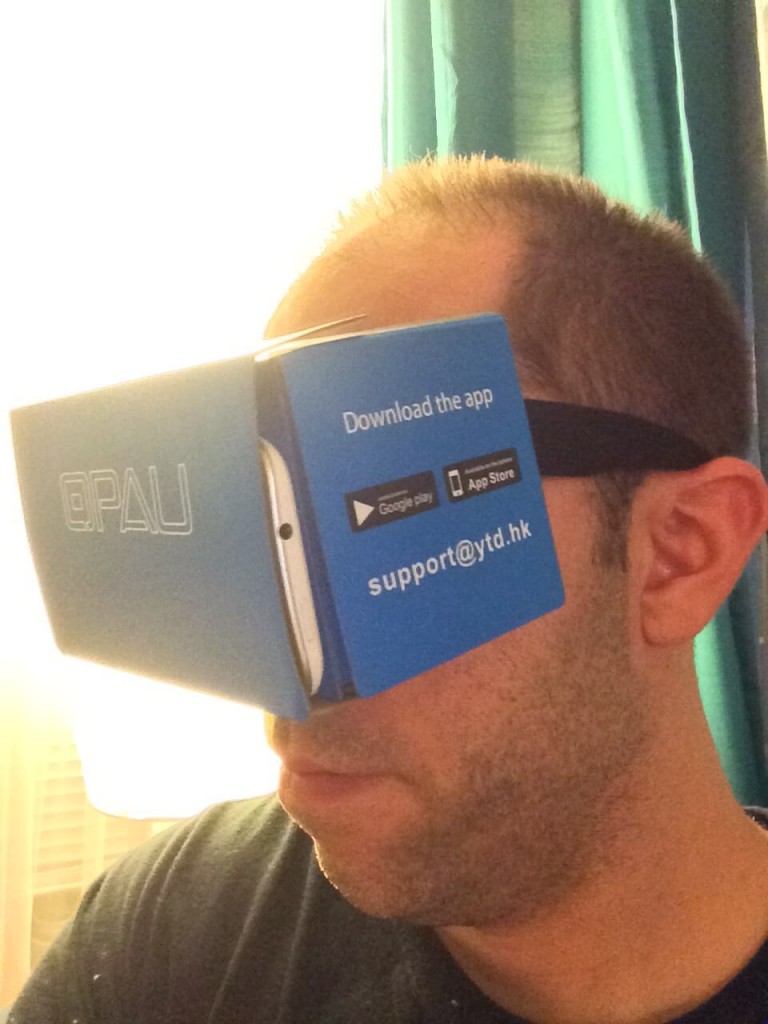 The cardboard was painful to my nose bridge, it was too sharp and with the squeeze of the strap I felt like my nose was being sliced.  It was physically so uncomfortable after a few minutes of time that I had to take the headset off.  I think had they included some rubber buffers on the part that sits on your nose bridge it would have made all the difference.  The other thing is the part where you insert the phone, it is a fairly small gap and has no side support, you slide the phone in, lock it closed but the phone can slide out the sides.  Plus you have to remove any case whatsoever and the HTC One Remix which isn’t very big you can see just kind of hangs out looking like it may fall out at some point.

Despite the bite of the cardboard (correctable with some rubber pads, mole skin or whatnot) the VR is actually pretty cool, and watching the Star Wars VR app and some other apps, videos it was really 3D, I mean really 3D as in it looked and felt fully 3 dimensional.  The Google Cardboard lenses do a great job with 3D and I was impressed at how good the 3D VR was overall, though I didn’t play any of the games and my usage was limited due to the pain being caused to my nose. You can get your specific collection of Google Cardboard Apps Here. normal apps don’t work with Google Cardboard so you need to get appropriate apps that match.

Overall the products only fault is it’s lack of comfort, and they could easily correct this with some padding around the nose bridge pieces of cardboard.  The strap could also accommodate larger heads, maybe include a 2nd larger strap.