Ratchet and Clank: BTN (free) by Sony Computer Entertainment America LLC is not a full-fledged Ratchet and Clank title but an endless runner that is undoubtedly similar to numerous other popular Endless Runner games slumming around on the Google Play Store. 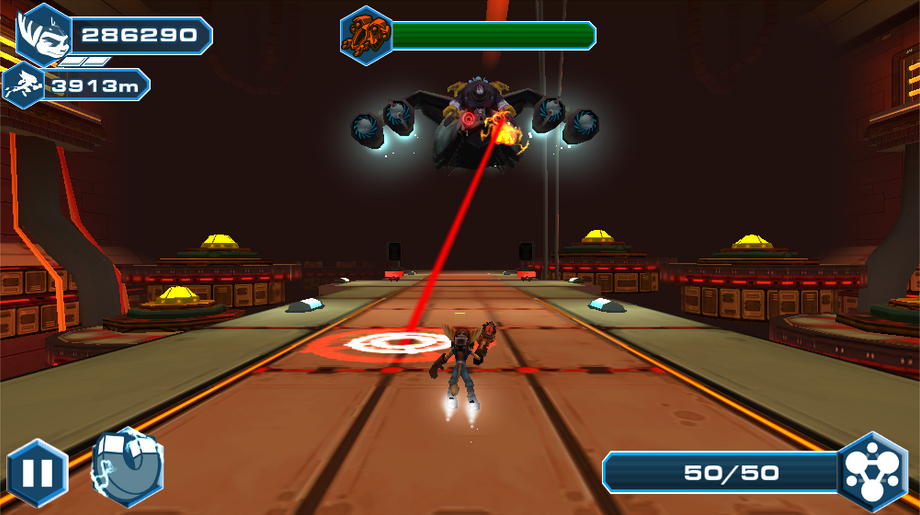 As the name says, Before the Nexus takes place before the events that unfurl in the Into the Nexus game. In this game, Vendera Prog and her brother, Neftin Prog, are making trouble, and Ratchet along with Clank gears up to stop them.

In this installment of the Franchise, Ratchet is running along a three way Track and though the title has Clank in it’s name, Ratchet really does most of the work in this run. Clank hangs out on his buddy’s back as usual, but he doesn’t lend much other than the witty quip. It’s a bit disappointing since a little humor, better voice acting, and general back-and-forth would nothing but help set the game apart from other endless runners providing a bit of audio entertainment while playing. 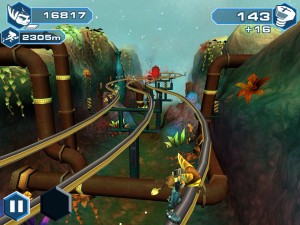 Ratchet’s Primary objective is to run, shoot and avoid the obstacles while collecting the bolts, which serves as the in-game currency, and of course the main goal is staying alive. The terrain switches between rail-grinding zones and  shooting zones, which mixes up the action nicely and should keep you coming back for another run, or two or three.

I found the shooting in the game is spotty unfortunately. You fire shots by tapping on an enemy, which is simple enough – until your finger gets into the scenario blocking your view making it difficult to see who’s targeting you as some enemies shoot back, and your own finger then blocks you from seeing what pitfalls are looming ahead.

Dodging obstacles in these instances can also be difficult. Before the Nexus is responsive most of the time but I found it to stick when you make evasive maneuvers. Sometimes shooting or dodging also takes a split-second longer than it should, and you can’t afford that split-second when enemies are bearing down on you. 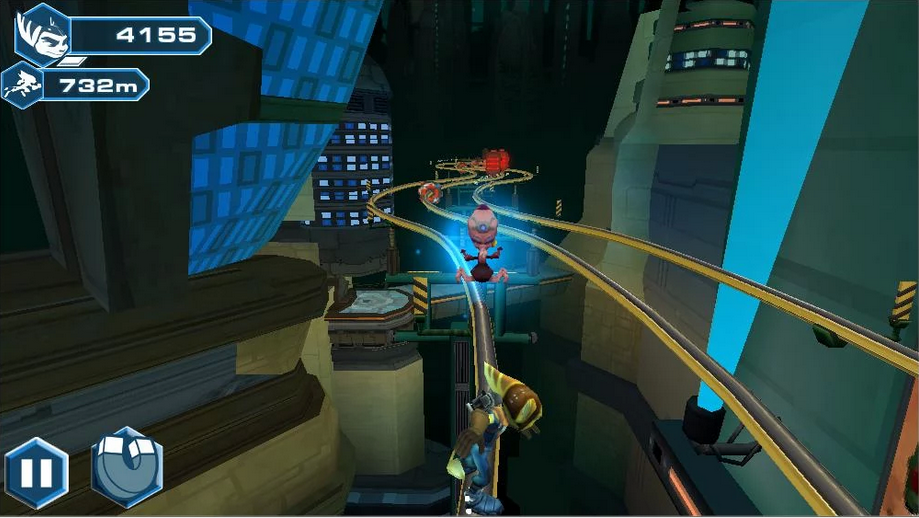 Before the Nexus does look good, thanks to smooth character models and rich outdoor environments, it makes you feel you’re in the Ratchet and Clank universe. The animation is fluid and there was no slowdown aside from the above mentioned gun problem.