Role-play games came a long way, but some of the titles that kept us entertained when we were younger would still be enjoyable to play, with slight tweaks. It is only fair to include Rainbow Moon among old-school RPGs, but it would be terribly unfair to dismiss it as dated or obsolete. The guys at SideQuest Studios did a brilliant job by incorporating all those elements that made former role-playing games fun to play, in a title that meets the high standards of the latest generation of gamers. 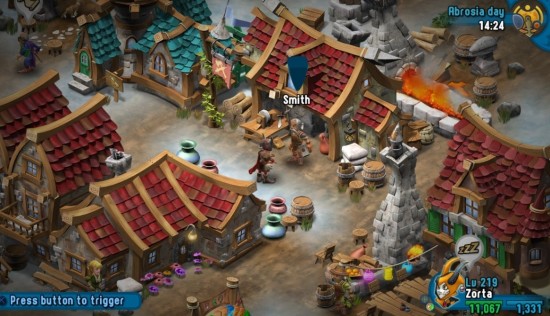 Rainbow Moon’s narrative falls flat and the story is as borderline cheesy, but this doesn’t hurt the gaming experience a bit. Our hero is named Baldren and due to some unfortunate accident he finds himself on a distant moon, alongside menacing creatures that were brought there by the same cosmic incident. This simply puts things into context and explains why the leading character is fighting the nasty monsters and why the locals tag along helping him.

Even with these companions by his side, Baldren is usually fighting enemies that vastly outnumber his party and has to rely on smart tactics and better gear to prevail. The player will have plenty of time to hone his skills during the lengthy campaign and as he accumulates Rainbow Pearls and Coins he spends them to improve his equipment. The combat is grid-based, which means that you will have to use your mind a lot, to come up with the best combination of moves and spells to annihilate your foes. 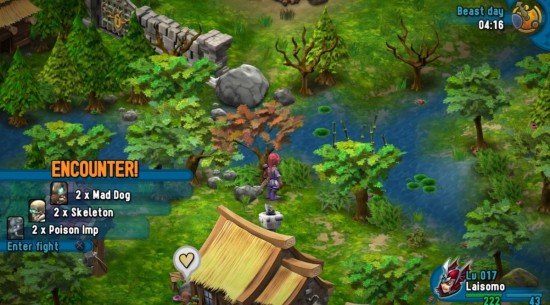 Know what you are paying for

There are two ways in which players get into fights, voluntarily and by chance but with a vast world to explore, the difference will wane in time. The game itself costs only $15 which is a bargain giving the fact that for that money you are guaranteed to spend over 100 hours in game. If time is not of the essence, then Rainbow Moon would make an excellent investment, but you should know that this is a highly addictive game.

A lot of grinding is required and as you advance with the campaign, you will be increasingly dependent on gear, which means that you can’t afford to skip all side quests. These are fun to complete and diverse enough to encourage players to venture away from the main quest, and the rewards are generous. You won’t regret playing Rainbow Moon and if you have a history with role-playing games, then you will find many reasons to persevere.

I can’t commit myself to finishing the game right now, but I keep Rainbow Moon at the top of the list, for those rainy autumn days when there is little to do outside. Four stars out of five are well deserved for the developers who found the time to invest in a top-quality old-school RPG.