I just watched a very interesting movie. This movie was filmed in France and shows a variety of beautiful French countryside. The scenes in the movie are real, but the twist is, the characters are not. 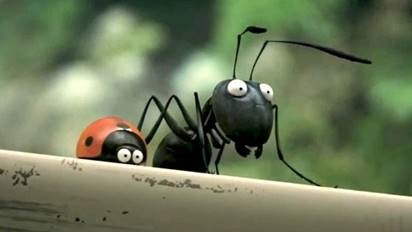 The film company responsible for this story is Futrikon. As I said before, it is a French film and an animation fit for children as well as adults. There are no speaking parts in the entire movie but to me that did not take away from the story in any way. Each character emits a variety of different sounds that says volumes.

Basically this is a story set around an unlikely friendship between a lady bug and a group of black ants. With the help of the lady bug, the black ants stave off attack by a band of ruthless red ants. There are chase scenes, fights, family moments, and maybe a bit of love mixed in. 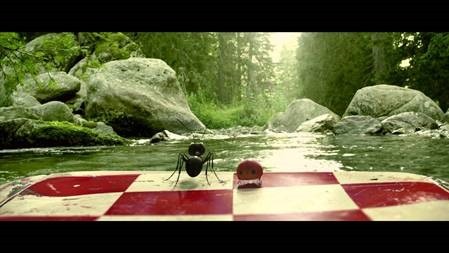 The red ants are angered that the black ant’s and the lady bug get away from them so they summon a large red ant war party to do battle. The fights are epic. You cannot imagine how brilliant the depiction of battle is until you watch and see for yourself.

In the end, the little expected lady bug does the impossible and saves the day, but if you want to know how, you are going to have to see this film for yourself. While you are watching, see if you can detect the tributes to other famous movies mixed in to this on.

For an added treat, check out the link included at the top of the page, the website is in English, and you will enjoy it probably as much as the movie itself. The site is well put together and follows after a TV series by the name Minuscule where the filmmaker shows various insects doing interesting although not very accurate things in a 6 minute cartoon.

Oh, and by the way this is a serious thing. The Film cost well over 19 million dollars to produce and so far has not been officially released in the United States.