My kids both use laptops and these have limited USB ports, so when my youngest needed a new headset I knew I didn’t want to tie up a USB port and wanted to use a headset that would take advantage of the 3.5mm stereo and microphone jack on the side of his Lenovo Z585 laptop.  I asked Havit if I could review the HV-H615D specifically because I noticed they had a smaller foam cup around the ear and I thought they would be a great fit for my kid who was still small at 7 years old and most general headsets have GIANT foam ear cups that are far bigger than a kid’s ears. 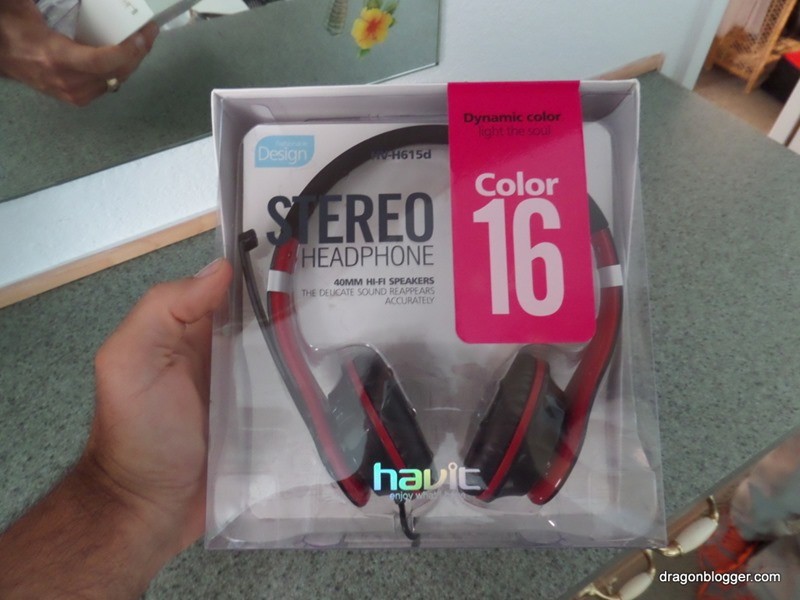 Right as I opened the package I was pleased with the darker red color as opposed to a light pinkish red, the headset fit surprisingly well over my own ears, it doesn’t surround the ear as much as rest on top of your earlobes, but it wasn’t uncomfortable at all for my head.  Sound was more than adequate for Skype and casual conversations though microphone was not as strong or deep as a dedicated USB mic, it was more than capable however for voice recording and sounded fairly clear.  So I then turned it over to Oliver to start using with his laptop, he is on Skype hours everyday with his friend and they talk all the time on Skype while playing Minecraft.  So this headset was going to get 4-6 hours a day use out of my youngest son for sure. 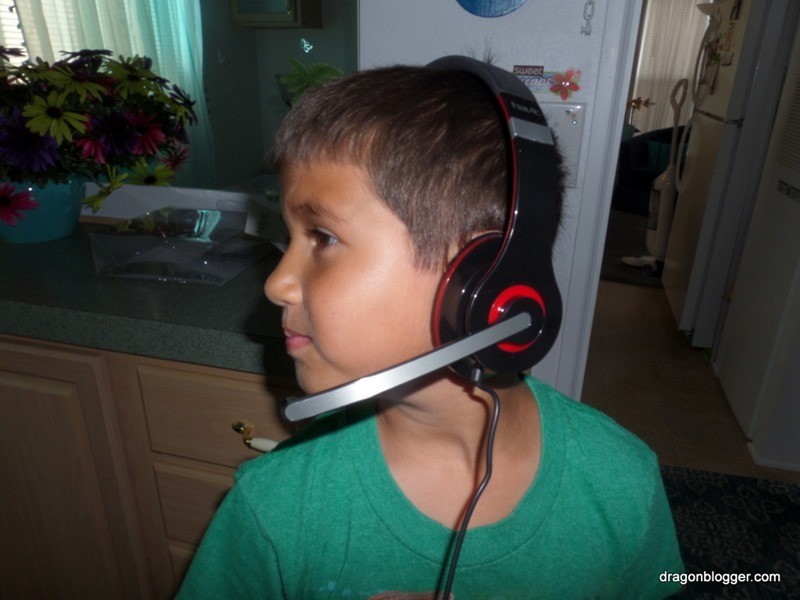 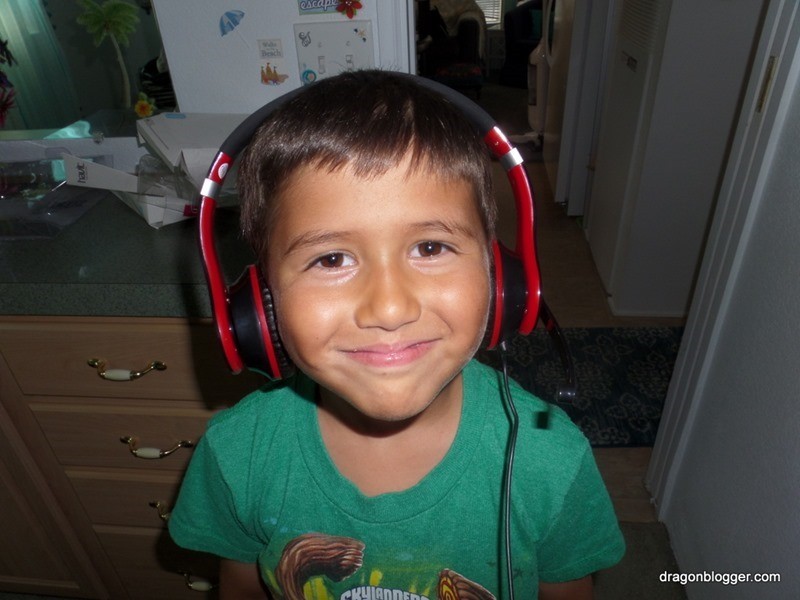 I can tell you he loves it, and loved it more with time.  He really liked the color and how clear his voice sounded to his friend, but he did notice on the 1st day that the headphones would hurt his ears after wearing them for so many hours, they were tight and his ears would turn red, every hour or so he would have to take them off for a few minutes so color would return to his ears.  This is partially because his head is small and the headphones on his hears would compress the top part of the earlobe a bit.  However this only happened for like the 1st day, then the headphones loosened up that he was able to wear them 3, 4 hours in a row and didn’t complain at all and his ears didn’t turn red anymore. 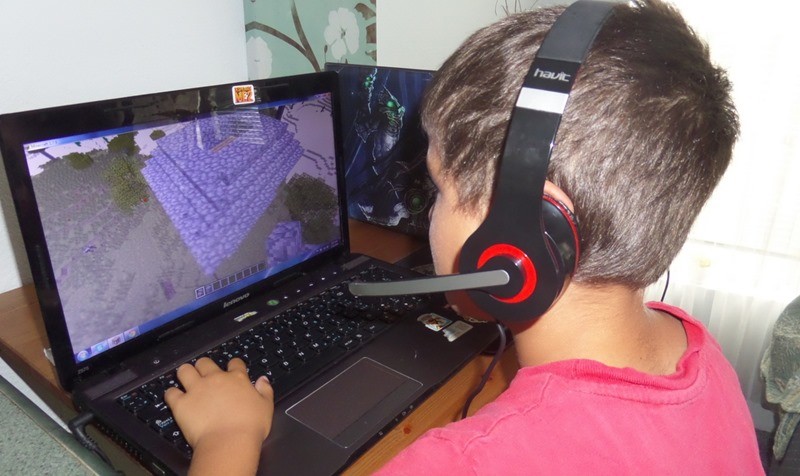 The headphones were a tad loose for his small head but he didn’t mind, they adjusted well between our head size difference however and the versatility in that you can use the same headphones for a full adult as a 7 year old kid was impressive. I  couldn’t do that with my other over the ear headphones which would just slide off his head for example.  This review was written while the headphones were already used for 6-8 hours per day for 4 days and they work just fine.  I will follow up in 30 days to see if they hold up and are durable.  This would be the 4th pair of headphones that my 7 year old has used over the years and the most common 2 problems with headphones are the cords start separating from the jack part as he plugs/unplugs them frequently, eventually the rubber cord that surrounds the wires separates at the jack area and they are destroyed.  That or he snaps the band that goes over the head, or the microphone part that slides up and down breaks and won’t slide anymore or just simply doesn’t work.  We shall see how long the HAVIT HV-H615D hold up but initial signs are looking good and I would recommend them if you were looking for non-USB headphones for a laptop or PC, these have really decent sound quality and the mic is very good for Skype calls.

Disclaimer:  Havit provided me with a pair of the HV-H615D headphones so that a review can be done of them.  The opinions are 100% mine and mine alone.